A Buyer's Guide to Turbine Helicopters in Africa

The helicopter market remains a highly segmented market, especially within the African continent. These high-ticket items remain reserved mostly for military, search and rescue and commercial usage. Despite corporate usage certainly increasing in popularity, the cost of not only purchasing these aircraft, but maintaining, storing and operating them restricts the market

The African market remains one of the smallest markets globally, with the US still dominating the number of helicopter sales worldwide. The US also boasts the largest combat helicopter fleet globally, with over 5,500 aircraft in their fleet.*

Of these, turbine helicopters have become increasingly popular among buyers, sellers and pilots globally. Turbine engines are more powerful and are used in a wider variety of helicopters than their counterparts, the reciprocating or piston engines. Turbine helicopters, although generally more expensive to operate,  produce a tremendous amount of power for their size and are opted for over piston when a larger, more powerful aircraft is needed.

Why Are Turbine Helicopters Popular in Africa? 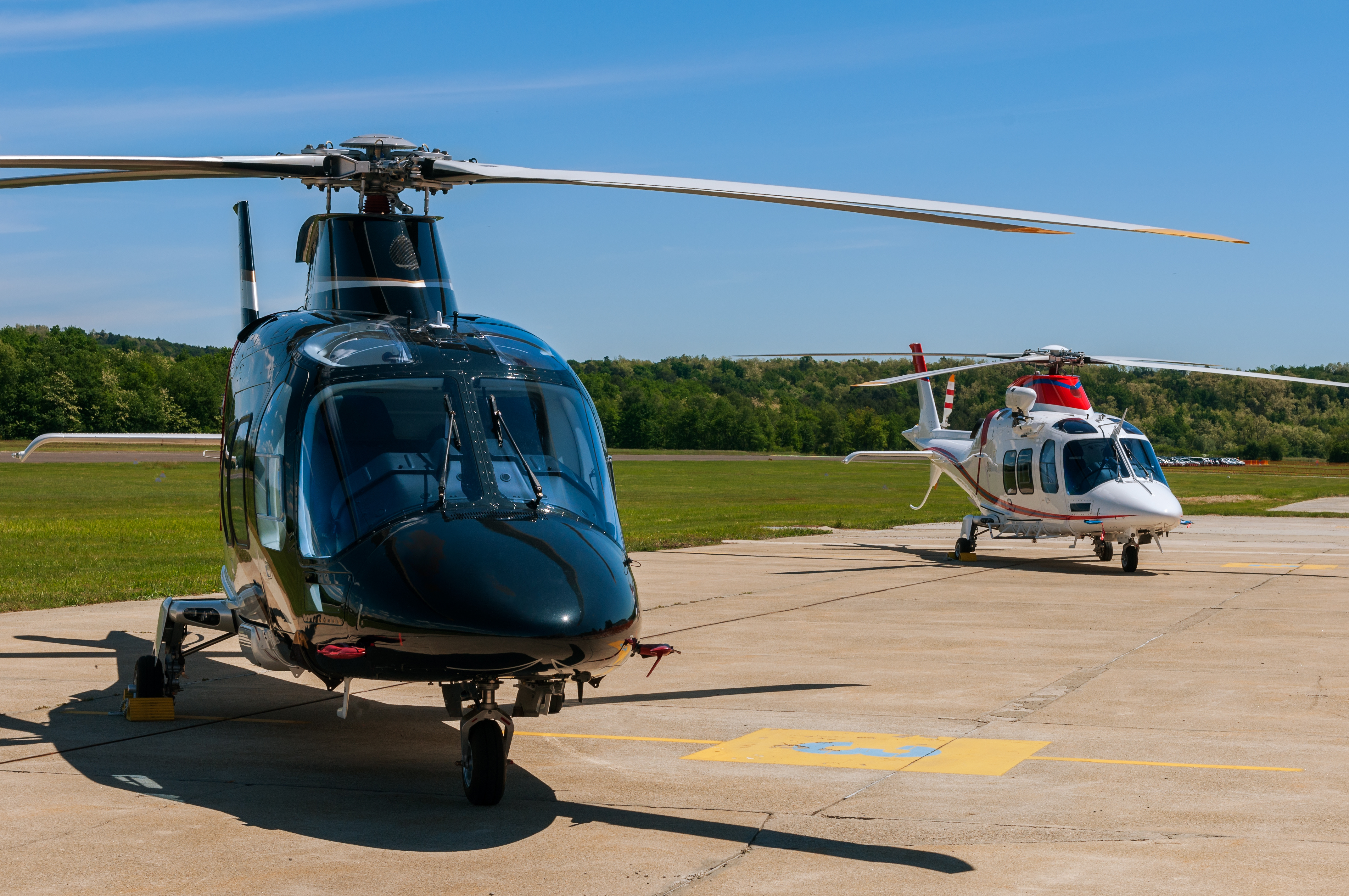 In comparison to the reciprocating engine, the turbine helicopter offers less vibration, increased aircraft performance,  heightened reliability, and ease of operation. While reciprocating engines are more used in smaller, lighter aircraft like training helicopters, turbine engines provide an aircraft the power they need to support more seats and heavier cargo.

This can come in handy as a turbine engine typically does not need to have the ignition system on at all times.  While some aircraft require ignition on during approach and landing in order to help keep the engine running in the event it flames out, this is not typically the case with a turbine.

They are easier to start in the cold, consume less engine oil and are considered to be more reliable than their counterparts, making them more adept as emergency options and search and rescue. Some of the most popular manufacturers of turbine helicopters in Africa are Bell, Airbus, Leonardo and Augusta.

They offer lighter weight for the same horsepower with the better power/weight ratio, require longer intervals between overhauls and need less maintenance in between these overhauls. However, in comparison to their reciprocating counterparts, they are more expensive to purchase and overhaul, consume more fuel, are less tolerant to excessive handling and are more surprising if they fail. Being quieter than their counterparts, turbine helicopters give less warning before failure, increasing the workload for the pilot.

Who Uses Turbine Helicopters and Why?

Turbine helicopters first made their appearance in 1958. Charles Kaman ordered his engineers to remove the piston engine from his HH-43 Huskie and replace it with a T53-L-1B power plant, making it the first ever turbine helicopter in the world.

By 1970, every war helicopter had a turbine engine with only the US’s primary rotorcraft trainers still using reciprocating engines. Today, almost every single helicopter in the US military is turbine powered. From trainers to attack aircraft and search and  rescue, turbine has dominated the industry.

Piston helicopters are mostly found in the private and personal use markets, as well as in the training and flight instruction industries. Due to the fact that they are cheaper to operate and maintain, helicopter training is more likely going to take place with a reciprocating aircraft than a piston. This, however, does pose a problem for trainee pilots as most companies that operate turbine helicopters require a few hundred hours of experience in one.

They range in sizes, and capabilities, the smallest models seating four people and only having a single-engine. The larger helicopters boast the larger twin-engines and have the ability to carry more than 12 passengers, plus crew.

Once you have decided upon a turbine helicopter, the next route to look at is whether a single engine, or twin engine will work for you. To determine this,  you will need to take into consideration your requirements for cabin size, performance and the weather capabilities.

Twin engine helicopters come with a plethora of benefits in comparison to single engine, with safety being at the top of the list. Should one engine fail, you will always have the second engine to assist in helping the aircraft throughout the emergency landing. You are also able to fly longer distances at higher speeds in a twin engine. Single engine helicopters have to refuel more regularly than twin engines.

Twin engines also offer more space, larger cockpits, more room for passengers, luggage and crew. Because of this, they also tend to be a lot more luxurious than their single engine counterparts. They are also quieter, are capable of night flying, as well as offer all weather capabilities and are agile enough to fly in built-up areas.

However, due to all of these capabilities, they usually use more fuel, and have much higher operating and maintenance costs than single engine choppers. Due to the more technical capabilities of the aircraft, more experienced pilots are needed to fly the helicopter, which means higher salaried pilots and even higher costs to operate it.

The Current Market and Beyond 2021

Because of the wide range of operational uses for turbine choppers, these aircraft make up a proportional size of the overall global aircraft market. The total size of the industry is estimated at over USD30.7 billion globally, with over 32,400 helicopters in action all over the world. The US military alone makes up for USD14.8 billion in turbine helicopters.**

Airbus is currently holding over 48% of the entire helicopter manufacturing market, with Leonardo Helicopters just behind it, hovering at roughly 20%. The industry, in general, has been seeing a gradual decline in manufacturing in general. Airbus only produced 332 choppers in 2019, compared to 451 in 2013, and this declined even further to 289 in 2020.***

Despite this, and the slow in manufacture, the industry itself is expected to gradually grow in the medium-to -long term with increased orders and a drive for more commercial and corporate transport. With the spread of the COVID-19 pandemic globally, large corporations are investing more and more into private corporate travel to circumnavigate restrictions imposed on commercial travel. 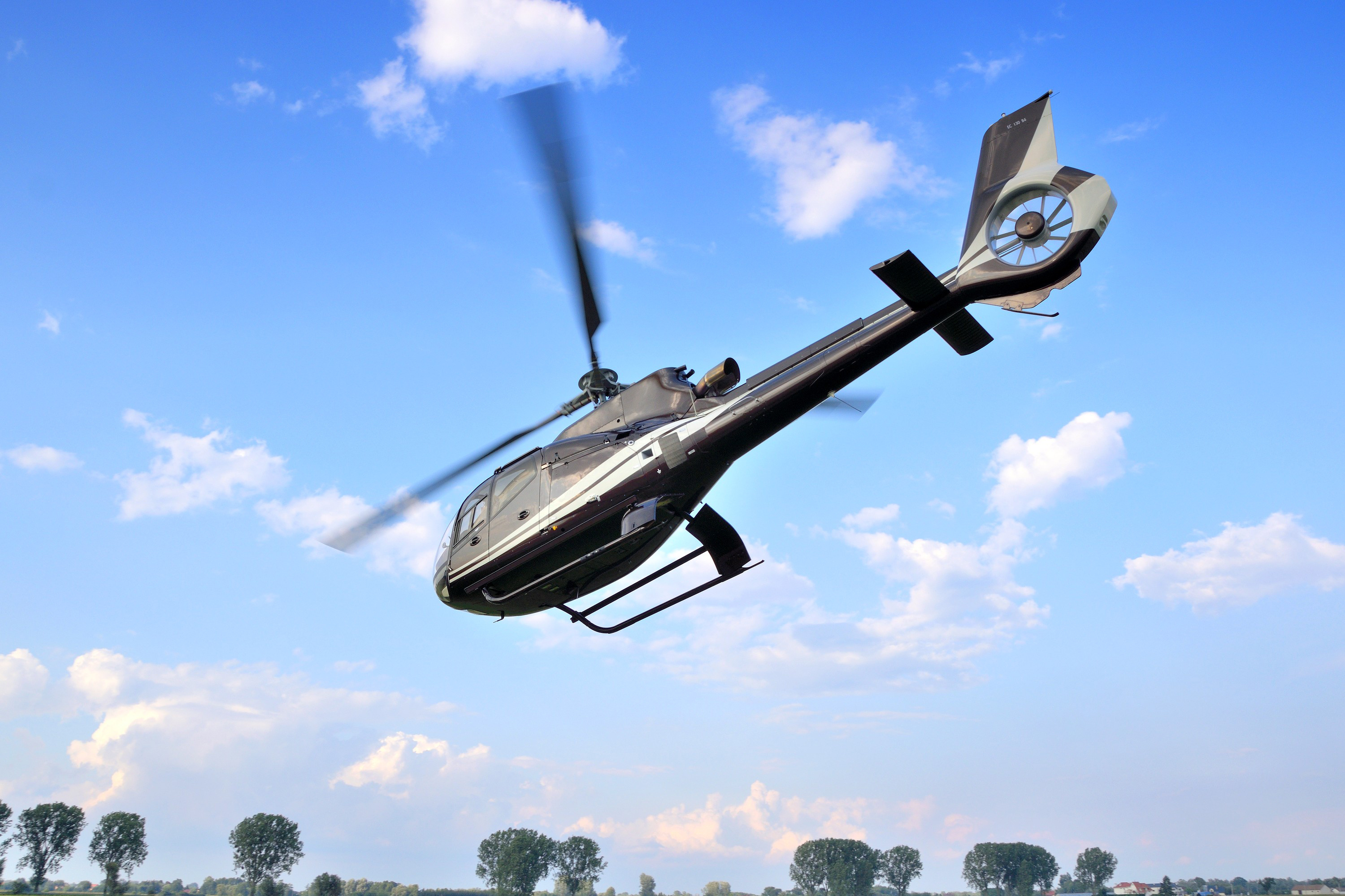 There has also been an increase in the need for emergency and search and reduce aircraft, especially in more conflict-prone areas within the African continent. It is estimated that over  the next 20 years, about 61,000 new pilots will be needed in the civil helicopter industry worldwide.****

Africa is still lagging very much behind the rest of the world within the aviation industry, and even though moderate growth is still expected over the next decade, numerous factors are halting growth. Overall aviation growth on the continent has been historically been stunted by geopolitical tensions, unreliable safety records, high airport fees, and taxes on jet fuel, and this does not look to ease any time soon. That being said, the increase in on-demand service providers, airstrips and flight paths are slowly breathing life into the industry.

The impact of COVID-19 in 2020 all but devastated the African economies and brought all aviation activity to a halt for the first half of 2020. This, however, is expected to start easing in the next five years to decade with 1.2% growth forecasted. However, this is expected to increase further until 2025 due to the increased profitability of commercial and corporate requirements.*****

Stephen Green of Pacific AirHub gave his comments on the matter.

“With the impact of COVID-19, the devaluation of most African currencies, we have had a massive exodus of helicopters being exported out of Africa, due to companies hedging themselves, by selling  their Dollar based assets offshore, and using the funds to keep their businesses afloat. We are optimistic that this cycle will reverse itself soon, and that we will see newer helicopters make their way into Africa to fill the void that is created.”

Find all the latest turbine helicopters for sale in Africa on AvBuyerAfrica.com

Choosing Your African Aircraft Management Partne...
A Guide to Buying and Selling Turboprops in Afri...
Tips for Converting Helicopters for Corporate Us...