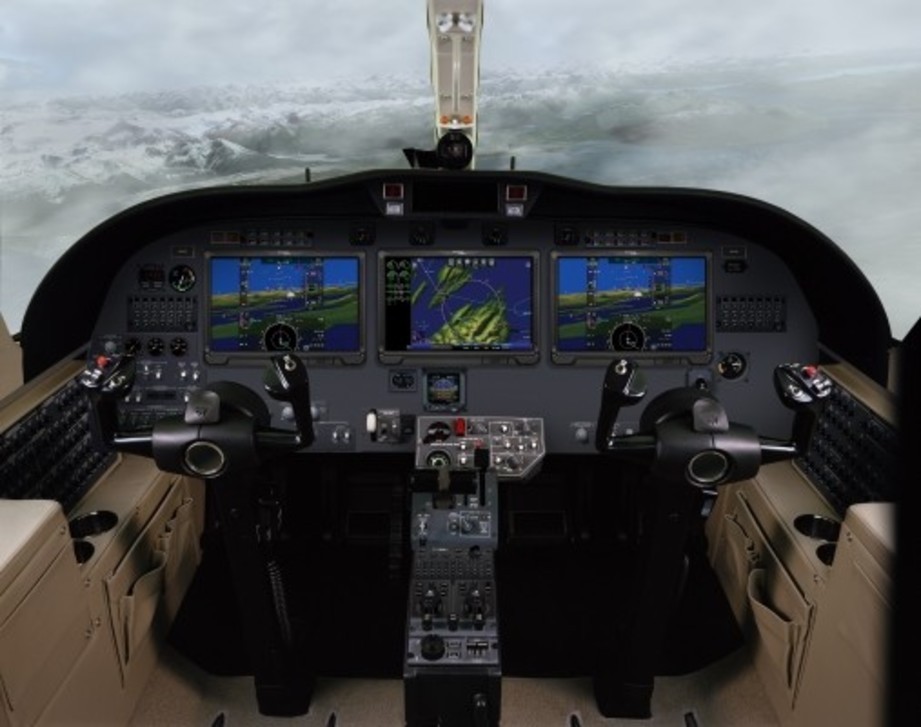 The clock keeps ticking towards 2020, and time is not on the side of thousands of aircraft operators worldwide that have not performed the ADS-B upgrade, warns Brian Wilson…

Effective January 1, 2020 in the US and June 7, 2020 in Europe, operators of aircraft that currently require a Mode-C or Mode-S transponder must be ADS-B compliant. Many countries in Southeast Asia and the entire country of Australia already require aircraft to be outfitted with ADS-B Out capabilities.

The capacity of avionics installation facilities, engineering firms and certification agencies to complete ADS-B Out installations theoretically has been surpassed. To gauge the seriousness of the situation, let us draw a comparison with aircraft in the US that were affected by RVSM compliance in 2005.

Although EASA delayed its mandate deadline in 2014, neither the FAA nor EASA has shown any sign of wavering from their proposed deadlines. Instead their messages are clear:

“If your aircraft is not in compliance by the deadline, you will be grounded.”

If you are one of the many operators yet to respond to the ADS-B mandate, you need to familiarize yourself immediately with what your aircraft needs to comply with the standard.

Basics for Your NextGen Upgrade

Step 1: To begin with, you will need to upgrade your Flight Management System (FMS) to one that supports Satellite-Based Augmentation Systems (SBAS). North America has the Wide Area Augmentation System (WAAS) while Europe uses the European Geostationary Navigation Overlay Service (EGNOS).

The FMS computes the aircraft position, desired track, airspeed and altitude. Other aircraft configurations use a remote GPS sensor that will require the same upgrade path for SBAS. In both cases the antenna will probably need to be changed, but most are “Form—Fit”  replacements that allow you to use the same cabling and require no sheet metal work.

Step 2: Next you will need a way to “Broadcast” this information down to the ground stations. If your aircraft currently flies above FL180 over the US, or anywhere internationally, you will need a Mode-S transponder with Extended Squitter (ES). The equipment must meet the requirements of Technical Standard Order TSO-C166b.

Aircraft flying below FL180 can use a dedicated Universal Access Transceiver (UAT). The UAT equipment must meet the requirements of TSO-C154c. This standalone option allows you to keep your existing Mode-C or Mode-S transponder.

The downtime to perform ADS-B Out upgrades is not significant, and utilizing equipment exchange programs is recommended. There will be minor wiring modifications that require removal of some of the interior, so planning the upgrade during a maintenance inspection is a great idea.

In most cases the upgrades will be performed under a Supplemental Type Certificate (STC), although the FAA is allowing Field Approvals under very restrictive rules. In this scenario, if the ADS-B transmitter and GPS source in your aircraft match perfectly with a previously STC’d configuration, a field approval is obtainable even if your aircraft model is of a different type. However, any wiring changes must also match the STC configuration, and you will need approval from the STC holder.

Once the installation has been accomplished, the regulations require both a ground and flight test of the system. It’s important to note that up to 20% of early adopters have failed the flight test evaluation.

Position accuracy and Integrity Performance errors are prone to system latency issues. Latency is the difference from the time when the system determines the aircraft’s geometric position and the time it takes for a ground receiver to process that information. Research has found that installing ADS-B equipment that meets the TSOs listed above vastly reduces the failure rate.

A thorough ground test should be performed and any resulting discrepancies corrected before coordinating the flight test with the local regulatory agency.

Around one hour should be allotted for the flight test, which will require the aircraft to fly within the ADS-B coverage area. The majority of flight tests will be those of previously certified systems—one that already falls under a TC, STC or AML. Operators in this category should follow the standard process for requesting a flight test followed by a request to receive the Aircraft Operation Compliance Report (ACR) from the regulatory agency.

Systems not already approved will fall under the First-of-Kind category and require a more regimented coordination with the FAA. The agency will require a 48- to 72-hour notice period before the actual flight, and you will need to fill out a flight test request sheet.

It is recommended that you copy any other District offices you are working with to obtain the certification.

Flight test data are usually provided to the operator within 48 hours after the flight.

The flight profile requires flying the aircraft at multiple altitudes and performing at least two left and two right 360-degree turns at bank angles up to 30 degrees. Climb and descent speeds as well as durations are also defined.

To confirm position accuracy, the aircraft will have to fly a north/south course that crosses a known waypoint and an east/west course that intercepts the same waypoint. All these flight profile characteristics should be explained and covered by the installation facility prior to the flight.

Operators can obtain their own copy of AC20-165B covering both the installation, airworthiness approval process and testing parameters for ADS-B Out systems.

When ADS-B In Makes Sense

Most of us are aware of the touted benefits of ADS-B Out, including more efficient routing; reduced congestion and fuel consumption; non-reliance on decades-old Radar technology; enhanced safety and pilot situational awareness; and reduction of risks associated with runway incursions (crew are able to see ground-equipped vehicles on the airport surface). The greater accuracy and information connectivity of ADS-B enable such benefits.

For operators of aircraft that have neither a Traffic Collison Avoidance System (TCAS) nor a Traffic Advisory System (TAS), ADS-B In provides additional functionality provided the aircraft is fitted with an appropriate ADS-B In receiver and cockpit display. In addition to other aircraft and ATC controllers seeing your ADS-B Out ‘broadcasts’, you will see other aircraft in the vicinity on your cockpit display.

Operators should start to plan for upgrades in the next year or two to avoid facing installation delays caused by facility capacity issues as January 1, 2020 draws near. ADS-B upgrades will become a commodity based on supply and demand, thereby allowing shops to charge a premium for late adopters.

There also could be a backlog for required equipment, especially the Extended Squitter (ES) transponders. One manufacturer estimates over 25,000 of their units will need to be upgraded.

Both manufacturers and installation facilities are offering early adopters financial incentives for ADS-B packages that are scheduled in the near future. Even the FAA is chipping in with a $500 rebate (although that is for single engine operators, and specifics are still forthcoming). Right now, in the current buyer’s market, operators can save money and start enjoying the immediate benefits of ADS-B.

Consider using operational efficiencies and incentives to offset the costs of adding ADS-B In functionality for your aircraft. Getting a good deal and having the peace of mind that you are flying with the latest technology are surely reasons to act now!