ADS-B - Where Do We Stand Now?

A review of who needs to equip for ADS-B, when, and to what extent... 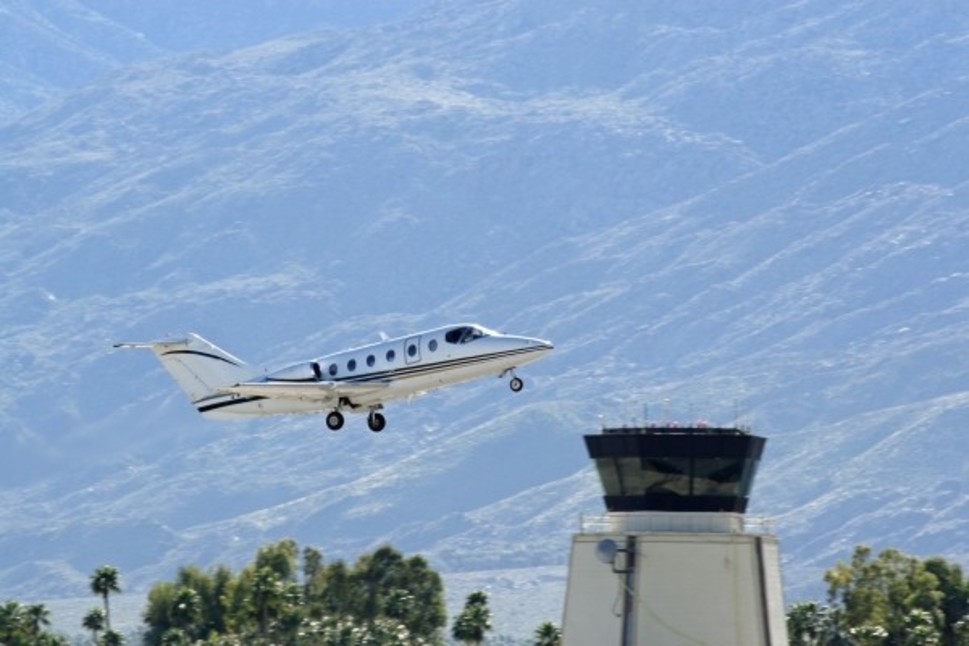 Ken Elliott addresses the ‘Ins’ and ‘Outs’ of ADS-B, covering the mandate, its status, the basic differences of ADS-B In and ADS-B Out, Enhanced ADS-B remote service, and more…

As a refresher, Automatic Dependent Surveillance - Broadcast mode out (ADS-B Out) automatically broadcasts an aircraft’s situational data, including its position 1) to other aircraft directly; 2) rebroadcast via ground stations to other aircraft; and 3) both direct and rebroadcast, as Traffic Information Service - Broadcast (TIS-B) to air traffic control. Its purpose is to complement ground radar, providing equivalent or better data even where radar coverage does not exist.

Via satellite, ADS-C (as Contract) provides oceanic broadcast while work is underway to provide ADS-B worldwide, both terrestrially and oceanic, without the need for ground stations. Not least, ADS-B is becoming a useful search and rescue tool, because of its aircraft tracking capability and all that implies.

Apart from its current continental radar-like coverage, ADS-B Out:

ADS-B In, meanwhile, adds the capability of the aircraft to see a similar presentation to that viewed by ATC controllers. Other aircraft, position and trending information within 150nm can be displayed on compatible cockpit displays, overlaid on navigational moving maps. ADS-B In will also enhance surface operations for most users in the near future. 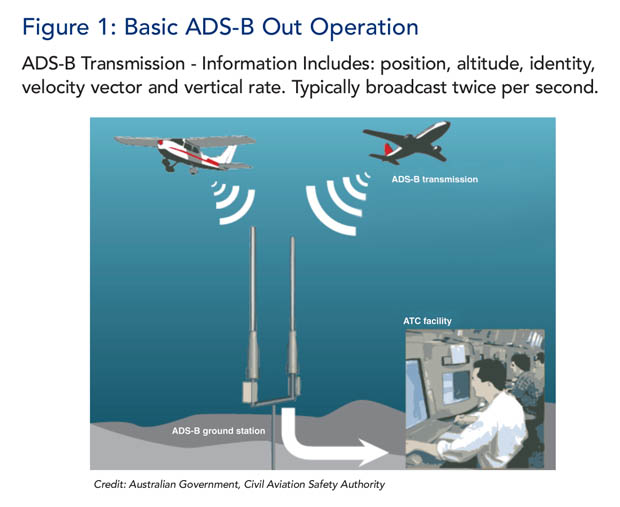 Referencing data from the General Aviation Manufacturers Association (GAMA), 204,408 of the World’s 362,000 Business and General Aviation (B&GA) aircraft operate in the US today, but only 32,250¹ are equipped with Automatic Dependent Surveillance (ADS-B Out) as of August 15, 2016. Between now and January 2020, all aircraft must be equipped with ADS-B Out, thus 84% of the B&GA fleet remains to be updated.

Taking all four groups of Business and General Aviation aircraft together (including rotorcraft), there are 154,633 aircraft still to undertake an ADS-B installation.

From mid-August 2016 through to the end of December 2019, there are nearly 41 months to go until the US ADS-B Out deadline of January 1, 2020. Is there sufficient time to meet the compliance deadline?

In the US alone, 3,772 aircraft per month will need to be fitted with ADS-B Out. Just for Business Jets, and assuming a current uptake of 12% (a little more than average), there will need to be hangar space for 265 aircraft each month for the three years remaining. This equates to over five aircraft being completed in each US state, for each month.

Completion schedules amount to an ideal world solution, given the awkward situation that exists. Everybody knows that the reality will be an exponential curve of uptake, starting from today’s low number to very high modification rates during 2019.

An ongoing debate continues about target numbers for the total amount of aircraft that will need to be equipped by 2020. However, for turboprops and business jets, the target is close to 100% of the fleet, due to the airspace sectors in which they invariably operate.

For many operators, ADS-B is another avionics acronym, just like TCAS, TAWS, ELT and RVSM. Each one of those involved a post Y2K mandated deadline for completion, and each one took a race to the finish. Why should operators behave any differently with yet another acronym?

Aircraft facilities and avionics shops are frustrated with the prospect of overfilled capacity. It creates mayhem for their engineering team, installers and jugglers of hangar space. It also impacts their ability to cope with other regularly scheduled maintenance from their loyal long-term customers.

Following are some of the actions facilities may be forced to take, for late adopters:

Unfortunately for those ADS-B late adopters, this situation will mean greater cost, longer downtime and an increased risk of unsuspected logistical issues.

The message is clear: The FAA and other international authorities are not likely to move the deadline dates. Why? Because the ADS-B infrastructure is fully in place, functional and saving government money. The system further improves safety and situational awareness. Also, ADS-B has formed the backbone to many upcoming NextGen and SESAR programs, intended to benefit all national airspace users.

There is an FAA early-install rebate program contemplated (the proposed September 1, 2016 start date was delayed) but only available to US fixed-wing, single-engine piston aircraft, first registered before January 1, 2016.

Operators equipping for ADS-B fall into many different buyer categories and for some, late adoption is the clever option - examples being an owner who is looking to sell without any additional equity in the aircraft, and an owner who may upgrade to a different aircraft sometime between now and 2020. Late adoption would further apply to an owner that suspects the need to dispose of the aircraft before the deadline, due to ongoing volatile corporate finances.

What is not clever, however, is to hold out for lower pricing. Even if the equipment price comes down, the installation costs will go up. Holding out also increases the risk of logistic issues, including schedule delays and increased downtime once work is underway.

In a fit of sensibility, why not add ADS-B In during the installation of ADS-B Out, and save on the downtime? While the future requirement is for ADS-B Out, when you consider adding ADS-B In capability, your aircraft will have access to Flight Information Service–Broadcast (FIS-B), providing graphical weather and text-based advisories to the cockpit. 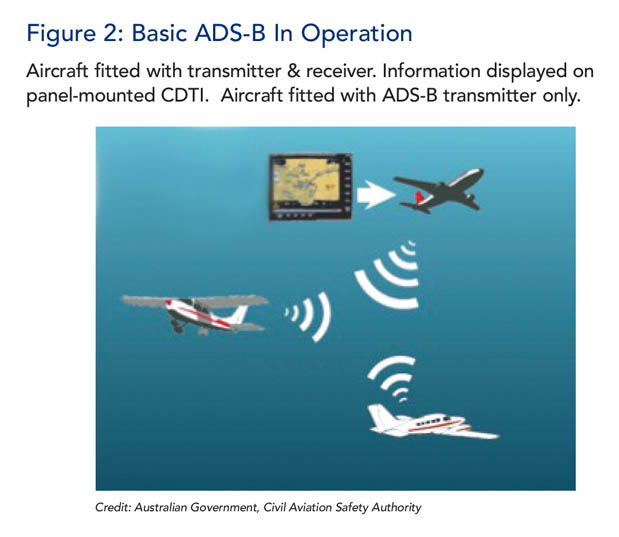 Additionally, as a safety tool, ADS-B In provides TIS-B, relaying altitude, distance, ground track and speed of other aircraft being monitored by ATC within a 15-nautical mile radius, up to 3,500 feet above or below the receiving aircraft's position.

Most Business and General Aviation aircraft have some version of display that provides for an external video input, permitting those equipped with ADS-B In to see surrounding aircraft and graphic weather.

Because the view is similar to that seen by an air traffic controller, there is a sense of shared situational awareness along with crucial see-and-avoid capability.

ADS-B In users also receive important flight information, such as temporary flight restrictions or closed runways. Later, ADS-B In users will be able to avoid terrain during low-visibility situations, as terrain maps are integrated to the same cockpit displays.

Because ADS-B Out information can be broadcast on two frequencies, 1090 MHz and 978 MHz, Automatic Dependent Surveillance–Rebroadcast (ADS-R) relays data from one frequency to the other, providing aircraft operating on both ADS-B frequencies the ability to see each other on their individual traffic displays.

There are currently 5,549 ADS-B Out solutions mapped to 2,031 unique make/model combinations of aircraft.

Some of the approvals apply to a wide range of aircraft types. This is where a certification is completed to one aircraft model and, because of technical commonality, can be applied to a broader group. These type of certifications fall under an Approved Model List (AML), either under aircraft production or as a modification.

The FAA has a useful tool for operators to enter their aircraft type and model in order to find new or retrofit as well as complete or partial solutions by different providers. In some cases, the tool allows for using different mixes of equipment. The FAA website provides the ability for operators to choose from multiple selections, where they exist(see http://www.faa.gov/nextgen/equipadsb/adsb_ready/).

Having ADS-B Out in your aircraft is only part of the effort to be 2020 compliant. The FAA and other airworthiness authorities need to be certain the ADS-B solution installed in the serial-numbered aircraft actually meets its intended function. That requirement makes sense because other aircraft and ATC will be relying on the accuracy of the automated broadcasts from your aircraft.

The tool used for checking your ADS-B functionality is called Compliance Monitor by the FAA. In the US, to find out if your system is working properly, complete the Public ADS-B Performance Report Request at the FAA Equip ADS-B website; https://adsbperformance.faa.gov/PAPRRequest.aspx.

Equip ADS-B (https://www.faa.gov/nextgen/equipadsb/) is a useful FAA tool for those looking to equip, and for actual users. It addresses the three major areas of Research, Installation and Capabilities.

Beyond these three areas, it provides a full list of solutions and a place to report user problems. On the same website, browsers may review a FAQ section where more than half the questions answered are relatively new, so this is a recommended read for any flight department.

A further FAA ADS-B website is Equip-2020, launched to encourage reluctant operators to equip sooner rather than later. This website is supported by the Equip ADS-B site.

Also termed ‘Space-Based ADS-B’, Enhanced ADS-B proposes expansion of its capability to address separate initiatives being evaluated by ICAO, Canada and FAA. The goal is to improve the surveillance of aircraft flying Oceanic tracks and to reduce separation. For the US, the proposals include its own national airspace. Oceanic areas under consideration are NAT, Pacific and WATRS airspace regions.

ADS-B, because of its accuracy and reliability, will be a useful contributor to other programs such as In-Trail Procedures (ITP).

Separately, as space-based, ADS-B is used for aircraft tracking in different world regions. Aircraft position information is becoming widely available due to the broadcasting of ADS-B data from aircraft to aircraft, and between them and ATC. Additionally, ADS-C (Contract) uses satellites for the transfer of surveillance data in oceanic regions. Subject to privacy authorizations, this same information finds its way to anyone, anywhere, when using tracking companies such as FlightAware, Plane Finder and ADS-B Exchange. 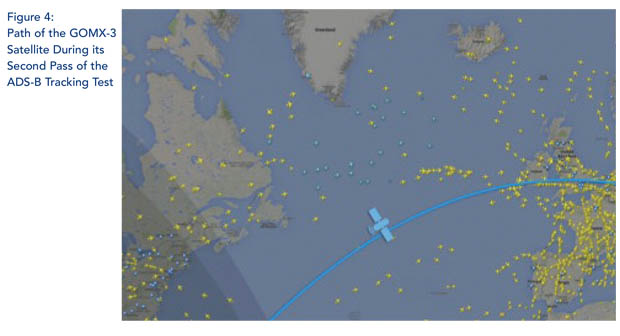 This effort is one of the first steps towards integrating satellite-collected ADS-B data into existing networks, bringing global ADS-B coverage closer than ever.

There is a vulnerability concern with any satellite based technology, due to the risk of hacking, tampering, jamming and who knows what else. Thus, pilots will always be well served to hone and practice basic piloting and navigation skills, just in case.

Because of the information provided between aircraft to aircraft, and aircraft to ATC, the use of ADS-B in the longer-term, and in many countries is crucial to the growing elements of air traffic planning. ADS-B plays a major role in national airspace ‘on-demand information’, as the need for such data exponentially expands. ADS-B also contributes to these evolving aircraft movement areas:

Automatic Dependent Surveillance is a powerful tool and remarkably, across some regions of the world, much of the infrastructure is already in place and working.

As expected, equipage rates are low for the amount of time left until 2020. While the advantages of fleet-wide equipage are obvious, they may be less clear to each individual operator and hard to justify early equipage to corporate HQ.

If there is one overriding business case to equip at this time, or at least schedule the upgrade, it is the avoidance of risk and the specter of unknown contractors working on your aircraft, possible errors, increased downtime and not being in the hangar throughout the work schedule.

Why? Because shops will be forced to hire unknown contractors, will be rushed, and run the possibility of errors or increased downtime while taking care of loyal or appropriately scheduled customers. Such hassle has happened during previous mandates and could have been avoided.