How did we get here? Brian Wilson traces the evolution of avionics and airspace. 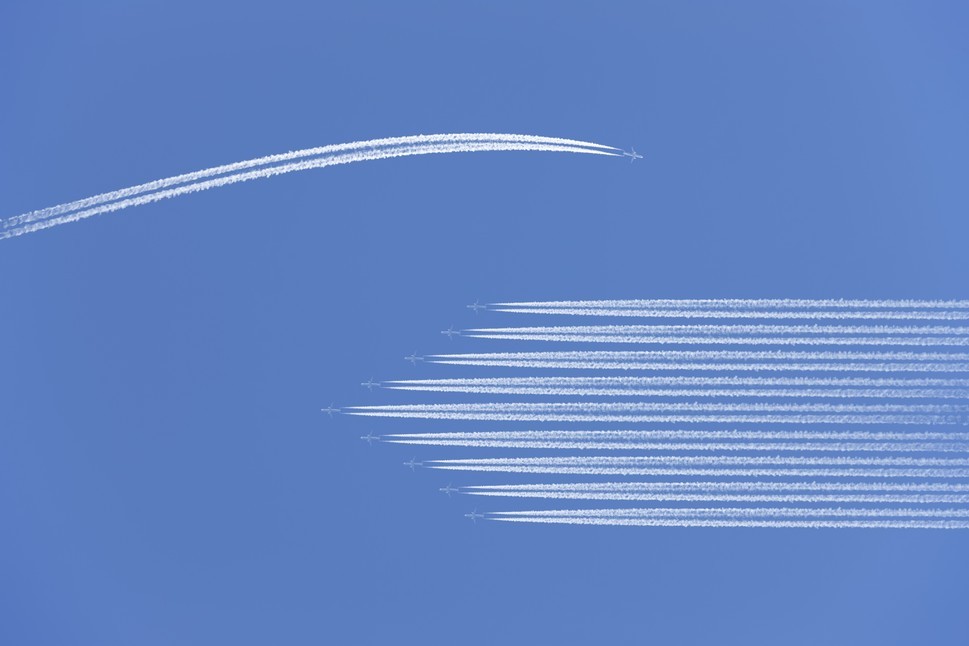 NextGen will enable more aircraft to fly safely and with more frequency across the world. But from where have the proposed avionics requirements and technologies been developed? Brian Wilson examines the birth of avionics and leads us through the decades to where we are today…

I always enjoyed watching World War II movies on TV. Observing an officer barking orders to the radioman during a battle, you’d hear the “whirling” sound as the radioman tuned in the selected frequency (this was due to the beat frequency that is internal to the radio being out of tune with the desired frequency). The louder the sound the more off-frequency it was. When the two frequencies matched they nulled one another out and signaled to the radioman he could communicate.

Crew members flying during this time period and many years thereafter undertook the same arduous task when tuning either the High Frequency (HF) radio or the Automatic Direction Finder (ADF). Now with a push of a button or a click of a mouse the pre-programmed frequency is loaded and ready for communication.

Military pilots on low altitude bombing runs once relied on the darkness of the night to be their “stealth” component when bombing bridges. Lights attached to the outer edges of the wings were angled in-board and downward so that when the two beams of lights converged on the water into one spot the aircraft was at the proper height and the crew could launch their ordnance. Today the pilot releases a GPS-guided weapon from a safe altitude and never even sees the designated target.

It’s hard to imagine that those well-positioned wingtip lights on WWII bombers were the precedent to the Radio Altimeter (RA) used today on most fixed- and rotary-winged aircraft. Avionics technology has come a long way since then, but our skies have also become increasingly congested. At one point ground-based radar surveillance could keep ample separation between aircraft, and verbal position reports over oceanic regions sufficed.

Growth among the airlines and business aircraft has increased substantially in the two decades leading up to the second millennial. The prevailing need to fly aircraft closer together resulted in the development and enforcement of Reduced Vertical Separation Minimums (RVSM). Now, almost fifteen (15) years later we are addressing the need to fly closer both laterally and longitudinally; again affected by the alarming increase in demand for transportation by air.

The Advent of FANS

Growth in aviation in the Middle East and Asia –for example - has added many additional dialects creating the potential of voice communication misinterpretations to increase and overload our already-burdened Air Traffic Controllers.

Let us not forget the 1977 runway collision of two Boeing 747s in Tenerife that claimed 583 lives. While there were many circumstances surrounding this horrific event; the two Boeing crew members and the controller spoke three different native languages. Sweeping changes to how international airlines, their crews and controllers communicated were implemented to avoid ambiguous understandings of colloquial phrases in the future.

In the early 1990s, Boeing announced a first-generation FANS product, known as FANS-1 - and Airbus then launched its own FANS-A, which is why you see the common acronym FANS 1/A used today. This transition from voice communication to digital communication was a milestone that allowed the crew and the controller to “text” pre-set messages back and forth between the aircraft and the ground.

From DR to ADS-B

Paris has hosted many early Navigational achievements – among them, on May 21, 1927, Charles Lindbergh landed his Spirit of St. Louis at Le Bourget, completing the first solo trans-Atlantic flight. Mr. Lindbergh relied on Dead Reckoning (DR) as his navigational source on this historical feat.

The formula for DR is Distance = Speed (x) Time, which looks rudimentary until you factor in wind velocity and direction. Aircraft engaged in long-range flying from the 1920s and into the 1970s usually had a navigator on board who tracked the aircraft position and provided data to the crew. Inertial Navigation Systems (INS) came along, which aided the navigator and in some cases eliminated that crew position where triple redundancy systems were on board.

Even so, inherent drift errors common to the design of this INS technology allowed for deviations of up to two nautical miles (nm) per hour of flight, meaning the system was in tolerance even though the aircraft was 20nm off track on a ten hour flight! This is one of the reasons that aircraft were required to have 60nm of lateral separation when radar was not available.

The introduction of GPS-guided Flight Management Systems (FMS) completely eliminated the need for a navigator onboard the aircraft. Satellite-Based Augmentation Systems (SBAS) allow GPS receivers to be certified to within 0.01nm with 99.999% reliability. This technology has allowed the Air Traffic System (ATS) to proceed with the reduction of the current 60nm of lateral separation to 30nm.

Mr. Lindberg had plenty of challenges during his momentous flight to Paris, but having to give aircraft position updates or worrying about other aircraft traffic were not among them. Pilots continue to use their HF radios to give positional updates roughly every 30 minutes. Aided by the GPS-guided FMS, the waypoint calculations previously defined by the navigator have become a mundane task (although the noisy and intrusive HF communications are archaic at best).

Advancements in Surveillance technology combined with spot-on navigational systems reduce pilot workload. Position reports can now be sent automatically by the FMS at intervals outlined by a “contract” set forth between the controller and the aircraft, thus eliminating the HF communication.

Collision avoidance systems also became a requirement due to the increase in aircraft traffic and the alarming rate of near and actual mid-air collisions. In the middle of the 20th century air traffic controllers utilized the ground based radar system to track aircraft and provide maneuvering commands when needed. Then, commercial aircraft did not have the benefit of Traffic Collision Avoidance Systems (TCAS) and light business and leisure aircraft where not required to have altitude reporting systems. Public outcry led Congress to act, and with the assistance of the FAA, both TCAS and Mode “C” altitude reporting systems became mandatory requirements.

The reduction of mid-air collision occurrences were then superseded by an increase in Control Flight into Terrain (CFIT) accidents. Ground Proximity Warning Systems (GPWS) helped reduce the number, but it wasn’t until GPS terrain mapping was developed and employed that a major impact on the lessening of CFIT mishaps was made.

Today, Enhanced Ground Proximity Warning System(EGPWS) surveillance computers combine accurate GPS position data with terrain mapping to virtually know where the aircraft is in three dimensions geographically, but the implementation of ADS-B will provide the next chapter of safety and surveillance for all levels of aircraft.

The continued proliferation of the airlines worldwide and the faster and longer duration of transcontinental business aircraft will continue to fill our skies and overload the Air Traffic System (ATS).

These long-range aircraft will fly over remote regions of the world. We must continue to find safer ways to fly more aircraft closer together, and more efficiently, to reduce fuel burn and lessen carbon emissions into our vulnerable environment.

Technology and Aviation will continue to evolve in the future as they have done in the past, and I am convinced that NextGen will put us on the right track!