Dave Higdon highlights how to cut through the pages of information on cabin connectivity solutions to find the best fit for your aircraft... 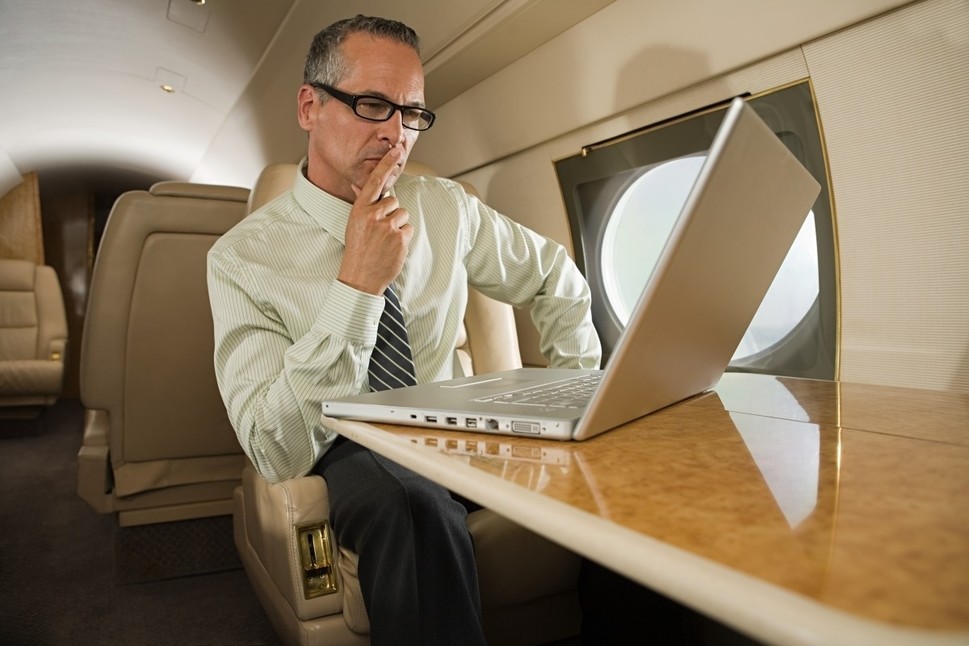 So Many Options, So Many Terms, So Much Potential for Buyer Confusion…

When shopping for what was once a limited-option product, today’s aircraft owners and operators must wade through pages of online reviews and brochures for aircraft cabin connectivity solutions, notes Dave Higdon. Here’s how to cut through the information to find the best fit for your aircraft.

There are multiple service providers, some of whom offer overlapping packages that draw on multiple satellite solutions. It's enough to make some people long for a return to the halcyon days of deciding between installing or not installing an in-flight phone.

To address a common question in today’s Business Aviation market, AvBuyer spoke with a variety of users with experience in selecting satellite communications systems in aircraft they operate.

What are the important questions to answer, and what features are likely to make a difference? The result of those discussions is the following five popular tips for shopping and selecting Satcom systems and services.

The traditional starting point for so many investment decisions is to know your budget, which will help you avoid wasting time looking at options that are clearly beyond your means, while simultaneously opening the door to options you incorrectly thought too costly.

Because of the multiple elements involved, putting together a budget for Satcom in many ways parallels the general budgeting process for buying the airplane originally. In essence, it involves two related but separate sets of numbers.

Similar to the aircraft itself, purchasing the system is just the start. Once delivered and operating you'll need to understand the ongoing, recurrent cost of the services. Of course, it pays to be aware that flexibility comes into play. Maybe your budget will pay for more system than you considered. Either way, be ready to re-examine your budget as new data come in.

Tip #2: What Are The Geographic Limitations?

While many customers automatically equate ‘satellite’ with ‘global’, not all Satcom systems operate equally in all parts of the globe. Some systems may not be licensed to function legally with satellites in various parts of the world.

Further, not all satellite-based systems provide coverage for the entire globe. These satellites generally are parked in geostationary orbit to cover a specific swath of the planet – which will not be a problem for operators who fly exclusively within the boundaries of such services, but is an obvious shortcoming for international operators once they fly beyond the coverage limits of their satellite-service providers.

Other systems employ multiple satellites circling the planet in overlapping orbits with the pattern designed to reach virtually every inch of the planet's surface; they may or may not offer services outside their home markets. But you may have options when dealing with such global providers.

Tip #3: What Are Your Bandwidth Needs?

You are advised by those we surveyed to be liberal when assessing your bandwidth needs and estimating how much your chosen Satcom system will be utilized. Allow for extra use. Experience shows that users tend to expand their activities after initially underestimating their access to the aircraft's Satcom system’s capabilities. Think of common experience with smartphone data limits.

Typically, early smartphone users generally metered their surfing and texting to stay within tight bounds on data use – with hefty penalties for exceeding the published limits. Often, those users quickly found themselves inadvertently exceeding their data package limits and facing hefty fees.

It wasn’t a lot different with users of early Satcom systems. But much like cellphone service providers who increasingly offer unlimited or flat-rate service packages, Satcom providers have found that raising limitations on bandwidth and data use is profitable, helping them retain customers – and attract new ones. Nevertheless, be sure not to underestimate your needs before signing up for a package.

Tip #4: What Services Do You Need?

Satcom can encompass a wide range of telecommunications services between aircraft, the satellites, and people and facilities on the ground. Over the past two decades we've seen rapid evolution in aircraft connectivity services. Today Satcom services encompass everything we're doing on the ground.

While today's Satcom providers increasingly offer the full spectrum of capabilities, weigh your preferences to maximize the chance of finding a system or package tailored to meet the needs you’ve defined.

Ability for passengers to use their personal phones, tablets or notebook computers connecting through the Satcom system is increasingly considered a standard feature by Business Aviation passengers.

Finally, a robust Satcom system installed in the aircraft may also offer a gateway to a host of in-flight entertainment options. And IFE capabilities can include a variety of cabin options, from large-screen television to moving-map route maps and weather displays, to exterior cameras and online downloaded movies or on-board CD players.

Tip #5: How Important is Security to You?

What can be hacked on the ground can be hacked in-flight, say the experts. Even powering down the entire aircraft isn't iron-clad protection against the on-board system suffering an unauthorized intrusion into the aircraft's Satcom hardware.

From software to protect against worms, malware and more, to hardware and software firewalls and other digital forms of protection, you'll want to be sure the system you pick uses the most effective security available. Then you'll want to obtain assurance that those protections are themselves protected and upgraded often enough to thwart would-be aggressors.

Robust password protections and multiple layers of protection are not reliable unless they are kept up to date. And if the airborne office allows connections to the ground-based computers, you're working to protect both potential vulnerabilities.

Bonus Tip: Shopping with your Aircraft in Mind

With each passing week more options seem to win approval for installations in more aircraft. Business Aviation is approaching the point where even larger piston aircraft can enjoy the benefits of in-flight connectivity. But we're still at a point where not all options are available for all airframes.

So when the time comes to shop, start by seeking the options available for the aircraft you're flying (or plan to fly) by the time you expect to write the check for your Satcom capabilities.