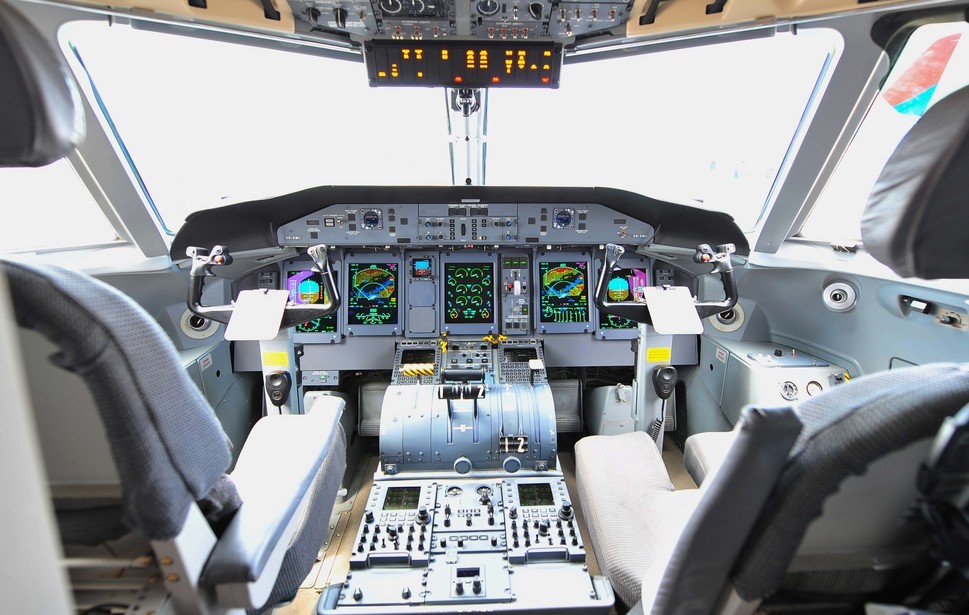 If a clever filmmaker like a Steven Spielberg or Tim Burton decided to make a movie focusing on the business of Business Aviation avionics you'd expect somewhat divergent tones- given the historical records of these two artists. Spielberg- we'd expect to be celebratory in highlighting the many advances brought to aircraft cockpits in the past decade- lauding the geniuses who created sophisticated packages that enhance and improve many elements of the pilots' jobs while overcoming some of the shortcomings of the packages.

Burton- we'd expect to reflect a darker tone- with the shortcomings more prevalent with the success in overcoming the systems' deficits growing out of an anti-hero-turned-hero in the final reel.

It’s a pity that many systems reflected in these blue-sky scenarios would be obsolete and entering their sunset phase by the time the filmmakers worked through the process of scripting- casting- shooting- editing and releasing their works. That's how quickly avionics advances seem to arrive these days – at a rapid clip that nearly surpasses the obsolescence rate of mobile phones.

While admittedly something of an exaggeration- there remains no denying that the fastest-changing element of aircraft today is within the cockpit and specifically the panel. So before things change again – as anticipated at the National Business Aviation Association convention in Las Vegas – let’s consider the state-of-the-art as well as the advances of recent years.

CLEARING A HIGHER BAR
Business Aviation started seeing significant advances in turbine aircraft cockpits decades ago- as each of the major players brought to market new systems that replaced various mechanical and electro-mechanical instruments with analog sensors feeding information to the displays that often merely mimicked the mechanical instruments.

The Electronic Flight Instrument System (EFIS) advanced cockpits slightly with heavy- power-hungry Cathode Ray Tubes (CRTs) enlisted to produce images that duplicated the original mechanical dials and gyroscopic instruments. Unfortunately- the largely analog sensors feeding the displays often worked no better than the original instruments – though the CRT displays did bring a degree of simplicity- and the beginnings of instrument integration that would later achieve critical mass.

The Beechcraft Starship I of the late 1980s brought the EFIS cockpit to a new level with 11 CRTs providing everything from moving-map details to engine-management data. Such systems- like the Rockwell Collins package in the Starship- began to proliferate through Business Aviation - but most of the systems remained analog- with digital sensors and communications looming.

By the end of the 1990s the shift to digital data and flat-screen displays began another revolution that ushered in a higher degree of integration and brought previously undreamt-of flight data and flight management capabilities - from multiple display systems evolved into as few as one box with a split screen- to those employing four- five or six screens with computing power greater than any Space Shuttle ever flown; and from analog sensors to digital data sensors and recorders driven by millions of lines of computer coding churned out by software engineers.

That's the point at which we pick up advances today – advances that helped spread the sophistication of the integrated digital cockpit from the humble environs of grass strips and simple personal airplanes- to the apogee of Business Aviation.

THE SOFTWARE CHALLENGE
Today's increasingly digital film-making process shares some issues with modern avionics – at least where the limitations of imagination and software design cross.

The challenges of creating- testing and tweaking software for cockpit avionics differs significantly from the processes employed back in the analog years. To work properly with an autopilot servo a spinning gyroscopic attitude indicator may need a little tweaking of its analog-based sensing system – a calibration- if you will- so that the servo responds proportionally to the gyro's changes in attitude.

But for a solid-state Attitude Heading Reference System (AHRS)- the influence of gravity on a solid-state MEMS sensor (microelectro-mechanical system) is translated into a code that a computer must process in order to provide the correct response. There are no mechanics- no hydraulics or pneumatics involved – just the clean- neat transfer of digital information between the machine that sensed the motion and the machine that manipulates an aircraft control surface- trim-tab or automatic throttle system.

On occasion- the programming process itself can bring about a program delay or other hiccup. It's more common than desired. Honeywell worked overtime to get the Primus Epic system working to specification for the old Hawker 4000 developed in the late 1990s. Rockwell Collins also struggled with software issues for its Pro Line Fusion system before offering it to the planemakers.

Among the most-coveted of the features offered in almost all new packages today are enhanced and synthetic vision capabilities. Synthetic vision uses GPS location data to orientate the aircraft over landscape while the computer software generates a view of the outside world- complete with landscape details – roads- highways- rivers- ponds and lakes. But the synthetic vision image is merely a memory of stored data recalled and appropriately placed on a multifunction or primary flight display; SVS can't show what is not within its memory. For that you need actual eyeballs and the former enhanced vision system (EVS). EVS produces a grayscale image of the world as seen by an infrared sensor camera and can reproduce images of cattle and wildlife- humans and vehicles – hopefully before tragedy strikes.

ADVANCES SOMETIMES DELAYED
As of this writing- three Cessna business jet programs awaited resolution of software issues in two Garmin flight deck packages. For the upcoming Citation M2- the hang-up is with the Garmin G3000- whereas for the Cessna Sovereign and revised Citation X the issue is with the G5000 packages. Initial deliveries of the Citation M2- Sovereign and X will push back– into the fourth quarter of this year from the third quarter for the first two- and into early 2014 for the Citation X. And delays in the G5000 could also impact Bombardier- since a variation of the same avionics packages are planned for Learjet's new Garmin Vision cockpit in the Lear 70 and 75- and the all-new composite 85.

The G5000 and G3000 packages- both all-new- share in touch-screen control technology with dedicated controllers managing most functions once controlled by banks of buttons- knobs and switches.

The G3000- meanwhile- works on essentially the same platform- but with only two control-unit touch-sensitive screen displays.

BOMBARDIER VISION & PRO LINE FUSION
There's another ‘Vision’ system filling Bombardier’s cockpits- and like the Learjet's Garmin-based versions (mentioned above) it offers the benefits of an enhanced vision system. This package- however- comes courtesy of Rockwell Collins- which developed the Pro Line Fusion system and worked with Bombardier to land this system in the four Global models in its line-up.

Something of a breakthrough in Business Aviation- the Bombardier Vision Flight Deck is the first business jet cockpit to blend seamlessly with the cabin. Designed to deliver a completely new cockpit experience- the Vision Flight Deck combines the best in technological advancements with superior designer aesthetics- to provide pilots with an unprecedented level of control and comfort.

Rockwell Collins is bringing the benefits of its Pro Line Fusion as both an offering to OEMs and as an upgrade option for the venerable Beech King Air line-up for aircraft already equipped with a Pro Line 21 package.

AN APEX WITH EPIC PROPORTIONS
Two of the best programs to come to a halt called upon Honeywell and its Primus Epic integrated cockpit package – the Sino- Swearingen SJ30 and the Hawker 4000. Nevertheless- the package has won several installations with all current Gulfstream models from the G350 up; the current-production Falcon 2000 and 900 series aircraft and the Falcon 7X; and the AgustaWestland AW139 helicopter.

INCORPORATING FUTURE ADVANCES
Avionics-makers developed their latest advances recognizing that the technologies continue to evolve- and with an eye toward integrating future advances- such as tomorrow's requirements for enhanced Navigation Surveillance/Air Traffic Management (CNS/ATM) and ever increasing emphasis on RNP operations to enhance capacity in areas of high traffic density.

There’s no way around it; systems cannot become so complex and confounding that flight crews lose their focus on flying the airplane while searching out some mysterious code to identify a fault- however. Expect the tug of war to continue between advancing technological capabilities in the name of flight safety- and equipping flight crew with the basic tools needed for handling the aircraft by hand in crisis situations.

The solutions must strike the balance that some feel is lacking today. At least now- the conflict is readily identifiable and on the radar screens. And that may be the most important of all of today's points of progress.