Upgrading cabin management systems (CMS) can be a costly exercise. Gerrard Cowan asks the industry’s experts for their tips on cutting expenses, from tightly defining precise needs to focusing on the essentials…

Cabin Management Systems cover a range of technologies that are essential for passenger interaction with an aircraft. These include controlling the temperature or window shades, for instance. Many also include in-flight entertainment (IFE) under the broader CMS umbrella.

Business jet operators often look to upgrade their CMS when other work is taking place on the aircraft that requires the removal of cabin panelling during an MRO event. While installing cutting-edge systems will help boost a jet’s comfort for its current owners, and its appeal on the pre-owned market, what are the cost considerations to keep in mind regarding an upgrade to the CMS?

The cost of a CMS upgrade will naturally be affected by the amount of equipment being acquired and its sophistication, says Mark R. Zimmerman, Director of Business Development for VVIP and Head of State Solutions at Collins Aerospace. (Collins produces the sophisticated Venue CMS range).

“For example, several 4K monitors will be more expensive than their 1080 display equivalents,” he explains, adding that Collins Aerospace offers the Venue system in different packages.

These can be selected depending on an operator’s needs – ranging from a basic focus on aircraft environment controls (cabin temperature, lighting and shade control, cabin connectivity, and other essentials) right up to a highly sophisticated system incorporating a range of devices (including IFE) that are integrated into the CMS.

“The key is to clearly define needs versus want,” Zimmerman says. “If everything is a need, then the cost is the cost. But if there are certain items passengers would only like to have, we can set up a system that is really focused on the critical needs for the operation of the jet.”

Olivier Durand, Business Aviation Marketing Manager at Collins Aerospace, says that timing is also a key consideration. It is essential for customers to discuss their objectives and establish their thinking as early as possible, engaging with the right specialists.

“If you think it through and make the decisions early, it will have a very big impact on the cost at the end,” Durand advises.

Operators must clearly establish why they are upgrading, whether it be increasing the value of an aircraft before a sale or solving an obsolescence issue, according to Don Hamilton, President of ALTO Aviation (which produces the Cadence CMS suite).

“The approach taken will depend on such considerations,” he says. As an example, ALTO has worked with some operators whose aircraft’s hull value would not justify an expensive upgrade.

In such cases, the owner simply ‘wants the CMS to work’, so the focus tends to be on fixing or upgrading the lighting or temperature controls and other essentials.

Hamilton says the particular use of the aircraft is also crucial. For example, a corporate operator might choose to eliminate IFE, an area that may be more important for a private or family operator.

Even where IFE is retained, however, there are different options that could affect costs. For example, some operators are moving to eliminate hard controls for IFE, with control taking place via apps on personal electronic devices (PEDs).

Also, many operators want to be able to stream music or films from their PEDs to the aircraft’s onboard systems. “They can decide where to put the money, depending on what they want out of the system,” Hamilton says.

The key for all such replacements is to future-proof the aircraft, Hamilton advises. The operator can save money by ensuring that any upgrade work is itself readily replaceable in the future.

Operators should also research their supplier to ensure, to the greatest extent possible, that this company will still be in business in ten years’ time. “Some of the biggest obsolescence problems in the past [occurred when] the systems just became unsupported,” Hamilton notes. 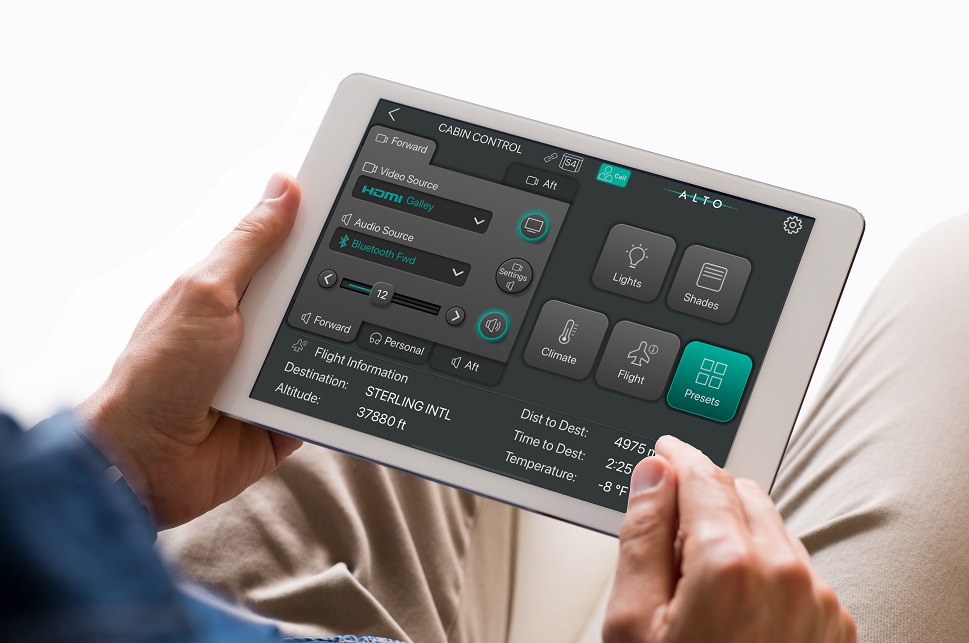 Steve Elofson, an Avionics Sales Representative with Duncan Aviation (which conducts a range of aftermarket services for business jets, including upgrades to CMS/IFE) says that the size and age of an aircraft will naturally impact upgrade costs for operators.

Larger platforms will likely have numerous, complex systems to cover. And age is important on a number of levels, including, for example, that the aircraft could have old wiring that needs to be replaced.

In such cases, Elofson says “it would be wise to replace the entire system with a new CMS that will be supported for years to come, and offers the latest in technology.”

If a system is still supported by its manufacturer, it often makes sense to simply perform upgrades to the existing technology, rather than order a complete replacement, Elofson adds.

Though sometimes this may not be possible, nonetheless he advises that operators should generally limit their spending to areas where equipment is obsolete, or where an upgrade would make a significant difference, such as opting for HD displays and other technological improvements “that passengers will use and enjoy during their flight”.

Consider the Wider Impact on Cost

Woodwork is often a significant cost associated with CMS upgrades, Hamilton notes. The Cadence system has been designed to offer a range of ‘drop-in’ replacement switches and other components, eliminating the need to perform such costly alterations.

Indeed, much of the cost of CMS upgrades is associated with modifying the interior structure to accommodate the new system and options, according to Brian Adams, Vice President of Aftermarket Innovation at Textron Aviation, which conducts a range of CMS upgrades for its business jets and turboprops. Engineering work is the next-largest cost to consider, he said, followed by the labor associated with installation.

“Ultimately, the more levels of integration, the higher the design and modification expense will be,” Adams explains.

He adds that Textron offers a range of products and price points for customers, from enhancing an aircraft’s IFE system to providing integrated systems with cabin controls for lights, temperature, and moving maps.

Adams emphasizes the importance of developing a clear vision of the final goal, adding that the costs can also be reduced by leveraging commercial electronics effectively, and capitalizing on wireless technology. 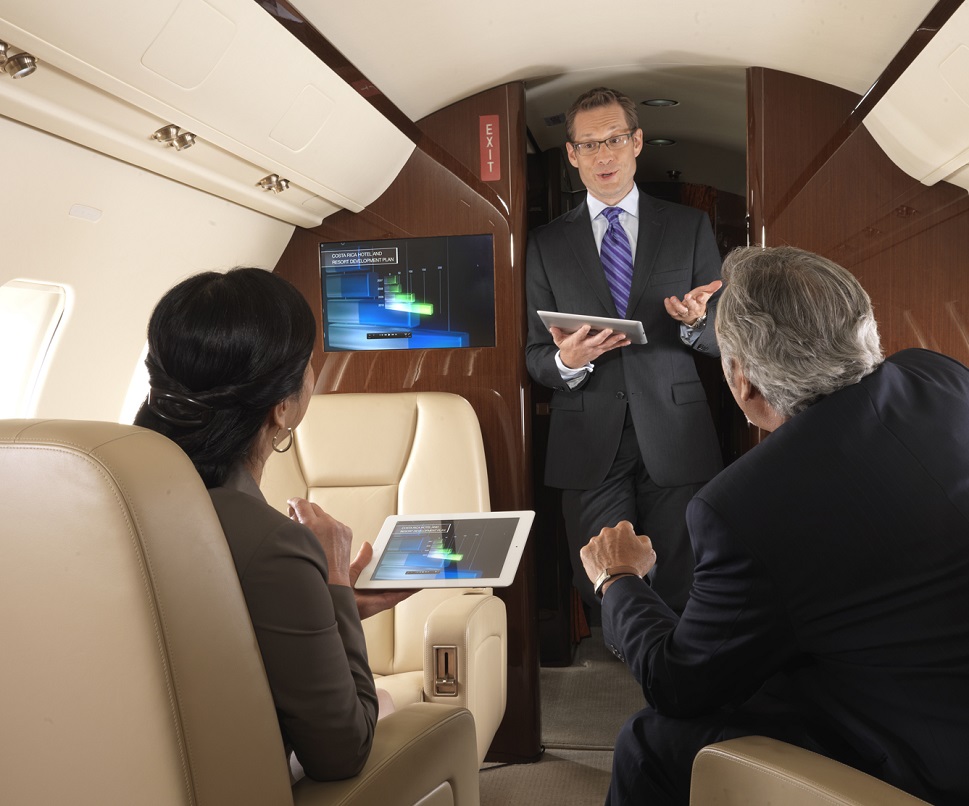 Plug and Play – Technology of the Future?

Rosen Aviation produces a variety of IFE-focused products, including sensor and audio/video technology, and will be expanding its CMS focus in the coming years. Finneman advises that it could be worthwhile for operators to consider ‘plug and play’ upgrades when updating components, where they’re available.

Eliminating wires and rewiring is particularly important, according to Finneman. Additionally, new systems should be the same weight or lower than those they are replacing, which means less or even no engineering for mounting structures like bulkheads.

And finally, according to Finneman, “Owners need to balance between their budget and their priorities. Most priorities trend towards connectivity, performance and ensuring basic control components are still functional.

“Usually, everything after that is secondary,” he concludes.