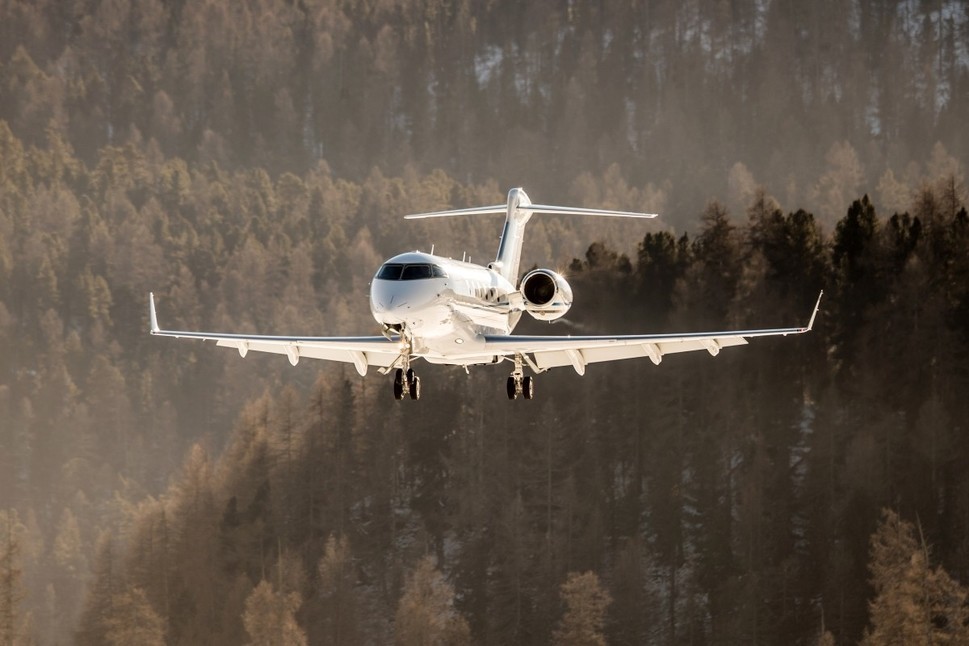 We started this series addressing equipage rates, summarizing the technology, data sources and operational requirements, before exploring the technical aspects of ADS-B that are interesting to flight departments.

This final article in the series takes a closer look at the worldwide implementation and operational differences of ADS-B, beginning with a definition of the Automatic Dependent Surveillance variants you might come across…

The mandated variants of ADS-B are the Out variants. Depending upon your operational requirements and class-of-airspace needs, either or both 978 MHz and 1090 MHZ variant may be implemented to comply with the 2020 rule. By default, ADS-C will be required by specific operators complying with Controller Pilot Data Link Communications (CPDLC) - Future Air Navigation System (FANS) requirements for oceanic and remote flight track operations.

Critically, anyone needing to operate an aircraft in ADS-B monitored airspace outside of the United States will be required to use the ADS-B Out 1090 MHz data link variant (this is predicated on the use of a Mode S transponder). Apart from an eight-station chain of ADS-B ground stations serving specific General Aviation operators over a 1,200nm stretch of Central China, only the US utilizes ADS-B Out 978 MHz data link services and only in limited classes of airspace below 18,000ft. For most corporate operators, it would be wise to ensure the ADS-B Out 1090 MHz data link variant is installed.

Largely unrealized by the flying community is the direct use of ADS-B by air traffic control (ATC). The ATC version of ADS-B equates to those airborne operators that have the capability to utilize ADS-B In TIS-B features, such as seeing and tracking other aircraft, including surface movement.

US based air traffic services using ADS-B include:

Gulf of Mexico Expansion:This air traffic service addresses specific Gulf of Mexico water and coastal surveillance coverage over areas that previously were not possible using radar. This service is of benefit to oil platform helicopter operators and others that may be flying within the covered airspace where traffic is heavy.

Aircraft flying at high altitude over the Gulf can be separated by only 5nm instead of the existing 100. Also, aircraft no longer need to be re-routed over land during weather diversions, thereby saving significant operating costs in both fuel and time.

High altitude (above FL280) ADS-B coverage is anticipated over the entire Gulf during 2017. FAA and SENEAM (The Mexican air navigation service provider) are working as partners to install ADS-B ground stations on Mexican territory, thereby completing the coverage.

Wide Area Multilateration (WAM): This system is a ground-based surveillance service in areas where radar coverage is inadequate. WAM is located throughout Colorado, in Juneau, Alaska and at a dedicated support sensor at Charlotte (CLT). ATC uses WAM to facilitate aircraft separation.

As an additional set of ATC tools, both FAA and EUROCONTROL have initiated the use of ADS-B for aircraft spacing and separation. EUROCONTROL designates this service as Airborne Traffic Situational Awareness (ATSAW), with its sub-services to include:

The term ATSAW is also linked to ADS-B In, as pilots can self-separate using all the resources provided on the ADS-B In displays.

The FAA is creating Advanced Surveillance Enhanced Procedural Separation (ASEPS) that will improve oceanic services for both ADS-C and the future Space Based ADS-B. It will allow ground controllers to provide separation and manage oceanic flights. Space-Based ADS-B may be enabled on ATOPs (Advanced Technologies and Oceanic Procedures) in 2020.

For the US, aside from the lower 48 states, coverage includes Hawaii, Alaska, Guam, San Juan, and the Gulf of Mexico.

Australia provides air traffic services using ADS-B, and since February 2017 has required its use for all flights operating under IFR. In Canada, ADS-B implementation is benefit-based, providing ADS-B air traffic services over the Hudson Bay, Greenland and specific airspace over the Atlantic Ocean. Canada has yet to publish an ADS-B mandate.

China has a specific three-phase plan for implementing ADS-B, as presented to ICAO in December 2015:

It should be noted that many countries plan to maintain existing radar coverage while using ADS-B to fill in the gaps as well as for providing added backup and not fully relying on satellite-based technology. 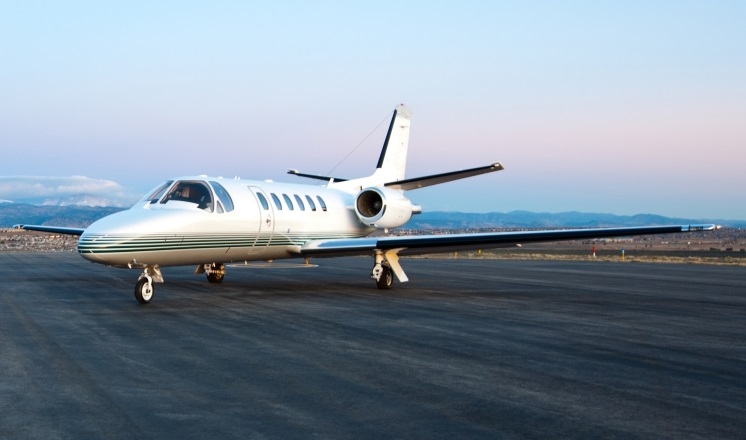 European Regulation (EU) No 1208/2014 amends an earlier regulation (1207/2011) outlining requirements for the performance and interoperability of surveillance under the Single European Sky (SES) program. For ADS-B, this requires all aircraft operating under IFR within Europe to be compliant with Mode S Elementary Surveillance. However, for aircraft having a Maximum Take-Off Weight (MTOW) greater than 5,700kg (12,500 pounds) or a maximum cruising True Air Speed (TAS) greater than 250kts, they must be compliant with both the Mode S Enhanced Surveillance and ADS-B Out requirements.

Compliance was mandated for January 2015 applicable to new build, and for December 2017 covering retrofit, with special provisions (including exemptions) for State aircraft. Amended rule 128/2014 pushes dates back, to align with US requirements.

For Europe, Mode S (enhanced surveillance) transponders (required for ADS-B 1090 MHz data link variant) are to be operational by December 7 this year (2017) and the overall ADS-B Out equipage operational by June 7, 2020, a few months after the FAA requirement.

For in-production aircraft the requirement for ADS-B Out already exists, since June of 2016.

Interestingly, for ADS-B NRA areas, the transponders must be to DO260B status and DO260A for ADS-B RAD areas (both covered in the previous article). As in the case of US commercial carriers, some partial exemptions will exist within EUROCONTROL airspace, where certain aircraft may be permitted to operate with an incomplete set of ADS-B Out parameters (data) being transmitted from the aircraft.

Furthermore, in both the US and under EUROCONTROL, individual air traffic control centers may permit non-compliant aircraft to fly within their jurisdiction on a case-by-case basis, given sufficient notice prior to dispatching the flight. This may apply to aircraft that are not yet operational or that have developed a fault with their Transponders/ADS-B Out equipment.

For Australia, the local rule mandates ADS–B Out for upper airspace (≥FL290) from December 2013 and applied to all aircraft operating under IFR rules to be equipped with ADS–B Out by February 2, 2017. Some additional Australian implementation dates and functional areas are:

In Hong Kong, the use of ADS–B Out is required:

In Singapore, the use of ADS-B Out was required from December 12, 2013 within certain areas of the Singapore FIR (≥FL290).

Brazil has decided to mandate ADS-B Out from 2022 onwards and only above 31,000 ft. Departamento de Controle do Espaço Aéreo (DECEA) is the responsible authority.

China has a specific delayed ADS-B mandate for the Taipei FIR on January 1, 2020 (applicable only to aircraft flying at or above FL290 within the Taipei FIR). Other nations, in general, follow the lead of ICAO’s Global Plan Initiatives and Aviation System Block Upgrade (ASBU). Typically, for initial implementations, ADS-B is required on certain airway segments and at, or above, defined altitudes.

The data portion of an ADS-B message construct consists of elements, including:

Each of these is in turn broken out into separate segments of information that are broadcast.

With an anticipated update rate of eight seconds, this virtual real-time service will include advanced aircraft tracking capability. Some future safety net capabilities of global space-based ADS-B will be:

There is wide interest in space-based ADS-B. For example, Russia recently signed an agreement with Aireon, a US company, that specializes in the technology. Aireon is placing ADS-B receivers on the Iridium NEXT constellation of 66 Low Earth Orbit (LEO) satellites, intended to relay signals from all ADS-B equipped aircraft to controllers worldwide.

Upcoming requirements for more frequent interval distress tracking are propelling the need for reliable solutions. Aireon, in conjunction with FlightAware, is just one of the teams working toward this goal.

Approval to operate ADS-B Out

To operate with ADS-B outside of US airspace, a Letter of Authorization (LoA) is required. For those installation approvals that were not based on Supplemental Type Certificates (STCs), such as Field Approvals, it is recommended to seek the advice of your installing facility regarding the international operational approval of the system before undertaking the upgrade, to ensure there will be no roadblocks later. This should be a consideration for aircraft that are likely to be exported later when it becomes time to sell.

For Europe, it appears that for now no specific operational approval outside of the LoA is required. However, things could alter before June 2020.

In Canada, there is some complexity surrounding ADS-B operations. Transport Canada has approved ADS–B for 5nm separation standard in non-radar airspace (ADS-B Out NRA).

Operators intending to use ADS-B where it is available must have approval from Transport Canada, and they must advise NAV CANADA (a separate entity) that they have Transport Canada approval. Two operating conditions must be satisfied:

From an operations perspective, ADS-B Out (and In) is constantly changing in both coverage and its requirement. Its benefits are expanding with the speedy implementation of space-based ADS-B, not least because of the need to track aircraft over remote regions and for other good reasons.

There are, however, privacy concerns centered on broadcasted data and the ability for anyone to monitor aircraft movement worldwide. This concern does need to be appropriately addressed, along with equally valid issues of satellite redundancy and interference. Both areas are subjects of focus shared by the Performance Based Navigation (PBN) community.

However, ADS-B has an exciting future with all sorts of applications on the drawing board. At a minimum, it will morph into a powerful surveillance tool way beyond its current capability, serving to support several related technologies operating in the aviation arena.