While advancements in avionics have been phenomenal in recent years, has it impacted pilot safety? How are the airplane and avionics manufacturers ensuring pilots continue to be the integral decision-makers in the cockpit? Mario Pierobon asks the industry… 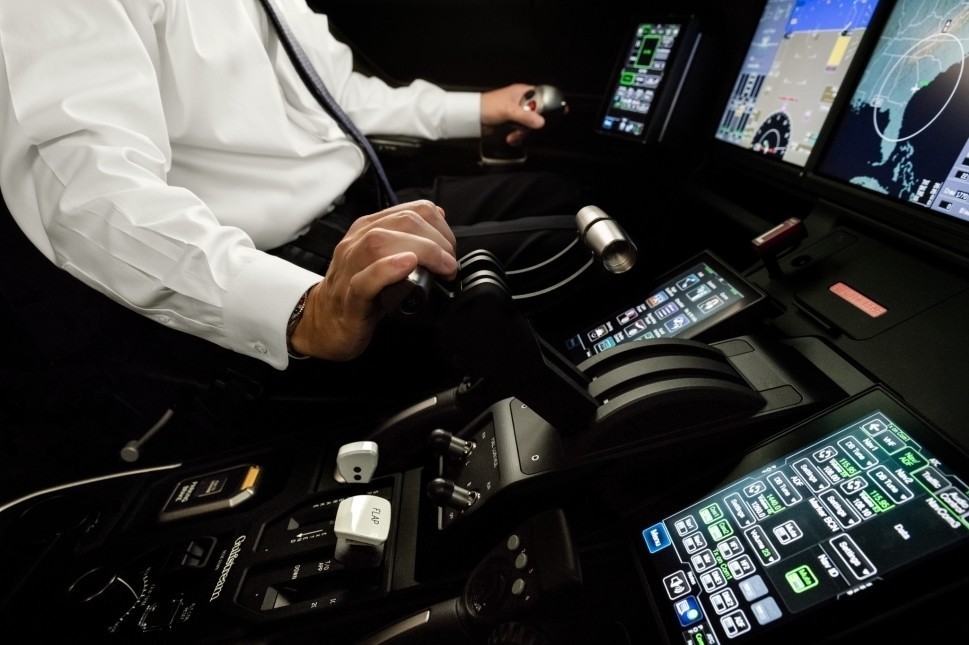 While advancements in avionics have been phenomenal in recent years, has it impacted pilot safety? How are the airplane and avionics manufacturers ensuring pilots continue to be the integral decision-makers in the cockpit? Mario Pierobon asks the industry…
The pilot has always been the main decision-maker in the operation of an aircraft. Almost everything an aircraft does is commanded, one way or the other, by the pilots. According to Scott Martin, master development test pilot at Gulfstream Aerospace, “Good automation only does what a pilot tells it. It needs to be instructed when, where and how to perform its tasks.”
That is a sentiment reflected by Universal Avionics, which prioritizes ‘pilot-in-the-loop’ designs in its systems. “Failure to accommodate this issue can lead – and has led – to controlled flight into terrain (CFIT) accidents,” notes Paul Damschen, senior flight test pilot/DER, Universal Avionics.
“We see a continuing need for the pilot in command to function as the pilot in command,” he adds. “Automated actions without pilot knowledge or confirmation lead to confusion and flight-deck errors. Accidents tend to be a series of dominos that have to fall in sequence, and automation should not provide an opportunity for the first domino to fall.”
A spokesperson for Garmin, using one of the company’s own products to show how avionics OEMs work to ensure the pilot remains in complete control of the aircraft as the sole decision-maker at all times, explains, “In reference to the Garmin GFC 500/GFC 600/GFC 700 autopilots, checks and balances are built into the entire suite to ensure the autopilot is functioning properly at all times.
“At any time, the pilot can command a full autopilot disconnect by pulling the circuit breaker or pressing and holding the autopilot disconnect button.”
Only in this context can advancements in pilot workload management make flying safer and more efficient.
“The revolutionary Symmetry Flight Deck, which is part of the all-new Gulfstream G500 and G600, is a prime example of how new automation technology lessens the workload for pilots, dramatically improving their ability to fly efficiently through an increasingly complex global air system”, says Martin.
“The automation on these aircraft includes 10 touchscreens, which make it easier and more intuitive for pilots to interface with the aircraft systems. Phase-of-flight menus, for example, can be tailored on touchscreens, so pilots have what they need in front of them. You don’t have to go back to a menu page.
“The improved accessibility reduces the time it takes to manage aircraft systems, further improving situational awareness,” he summarizes.
Building Equipment With Pilots in Mind
In building the equipment and simplifying the cockpit, the manufacturers need to avoid the ‘simplification into ignorance’ mode of design.
“Smart design does not fail to inform the crew [and] smart design does not make decisions for the flight crew,” Damschen clarifies. “Smart design simplifies flight crew actions without masking the resulting effects of those actions.”
“The Symmetry Flight Deck on the Gulfstream G500 and G600 was created through a collaboration between Gulfstream and Honeywell,” adds Martin. “This flight deck’s intelligent design leverages active control sidesticks and touchscreen technology, both of which are industry firsts. What the new design does is simplify the pilot interfaces, including replacing many knobs and switches with touchscreen controls, allowing direct interaction with the functions and displays.
“We eliminated the massive control yoke in favour of a new type of sidestick control that makes the cockpit look much less cluttered, improves the view of the instrument panel displays and helps keep pilots in the control loop.
"The electronically connected Active Control Sidesticks optimize coordination between pilots by allowing them to see and feel each other’s actions. They create a streamlined flying experience from not only a safety standpoint, but visual and ergonomic standpoints as well.” 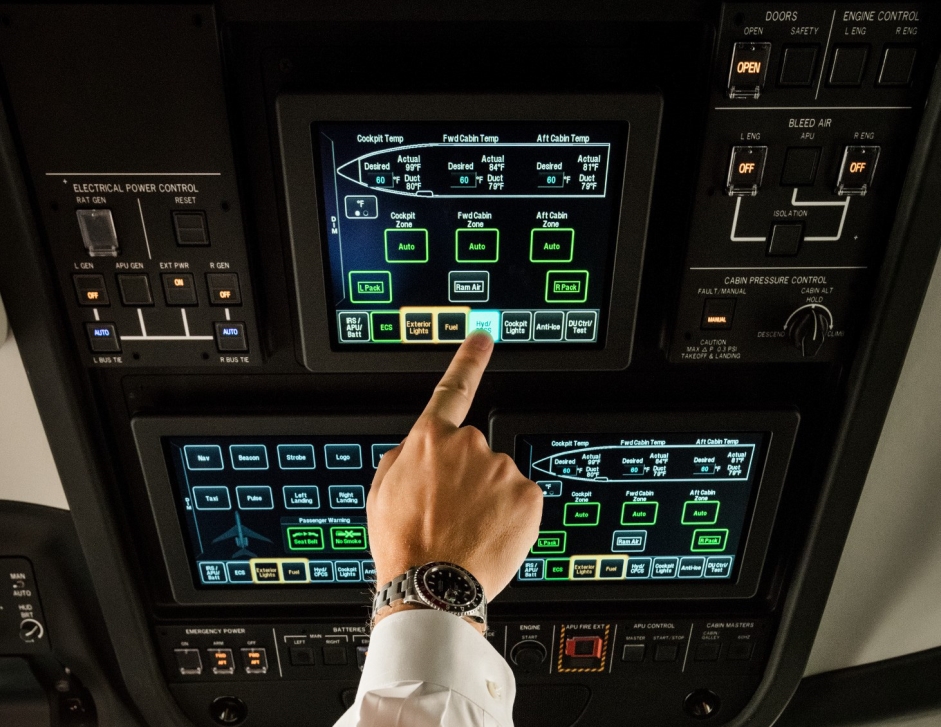 Gulfstream's Symmetry Flight Deck
Garmin’s spokesperson, meanwhile, clarifies that the company is always building additional features and capabilities that give pilots additional information, which further enhance the decision-making of the pilot.
“For example, we work closely with our human factors team to determine the best way to present information – big and small – so pilots can more quickly and easily interpret and respond to the information they’re receiving. A simplified presentation of flight critical information, such as traffic and its trajectory, allows pilots to efficiently respond to potential traffic threats.
“Our TargetTrend technology does just that – it offers a faster, more intuitive method of judging traffic target trajectories and closure rates relative to own-ship position.” Garmin continues to add tools in the cockpit that streamline the decision-making process in-flight and on the ground.
“Enhancing situational awareness through synthetic vision, traffic and weather in the cockpit and more, are examples of this. These do not remove the pilot from the decision-making process whatsoever…the pilot is – and always will be – in-the-loop, and will be the sole decision-maker of the aircraft.”
When Does Automation Become Too Much?
For flight departments that do not properly familiarize with it, automation can quickly become too much. Indeed, the level of technology that we can digest, and our expectations of technology, have changed dramatically in the past twenty years.
“When flight management systems first became available, the notion of remote area navigation (RNAV) capability was remarkable unto itself,” says Damschen. “Now it is commonplace and expected. Now we expect instrument landing system (ILS)-like approach capability almost everywhere in the world using satellite-based augmentation systems (SBAS).
“The question of what constitutes too much automation varies by the flight crew,” he adds. “But the effects can be measured to a degree, and that occurs when the flight crew asks the question ‘why is the airplane doing that?’
“So as designers we have the challenge to ensure that doesn’t occur, while at the same time balancing that against the need to provide a lower level of workload.
"As time progresses, a continued level of systems knowledge must be maintained. Continuing education in recurrent training is critical and shouldn’t be treated merely as a checkbox task,” Damschen concludes.
“Too much automation is when pilots stop paying attention in their training and don’t take it seriously enough to know what automation can do for them,” Martin highlights.
“You can only automate something by programming it; therefore, you should know the ins and outs of automation.
“Don’t just input the information. Know what each system is doing with each input. Flight departments should ensure, particularly with newer members, that their pilots have mastered hand-flying an airplane and maintain that proficiency. It’s certainly important to know how to hand fly an airplane, but it’s equally important to embrace the qualities of airmanship – command, leadership and discipline.
“Practical experience and those qualities enable a pilot to have the decision-making ability – the judgement – needed on the job,” he concludes.
Ultimately, the message is clear. Automation familiarization is important as it helps pilots ‘stay ahead’ of the airplane and better understand what to expect from it.
“When a pilot doesn’t feel comfortable with the automation or technology in the cockpit, it’s up to him or her as pilot-in-command to get with another pilot or instructor until they become comfortable and fluent with the aircraft”, concludes the Garmin spokesperson. 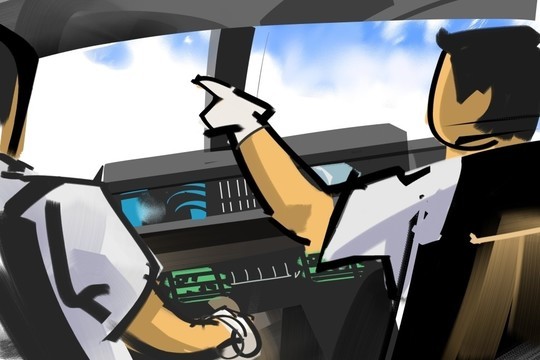 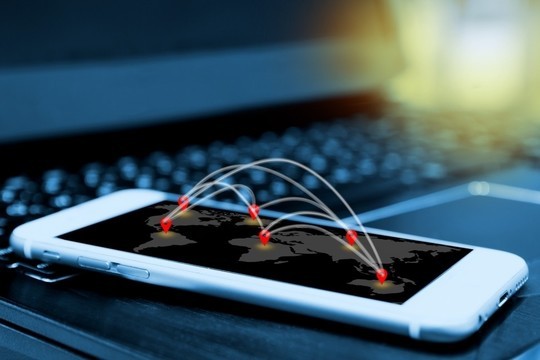 How Safe is Your Jet Connectivity? 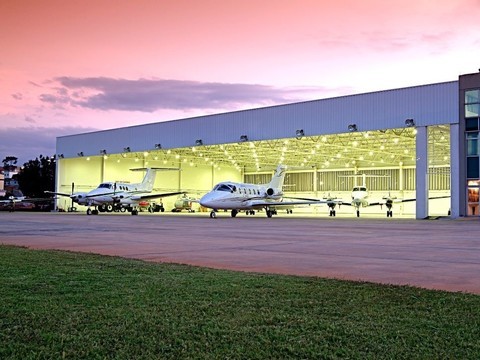