How to Upgrade Your Aircraft Practically (Part 2)

The common sense approach to upgrading your private jet 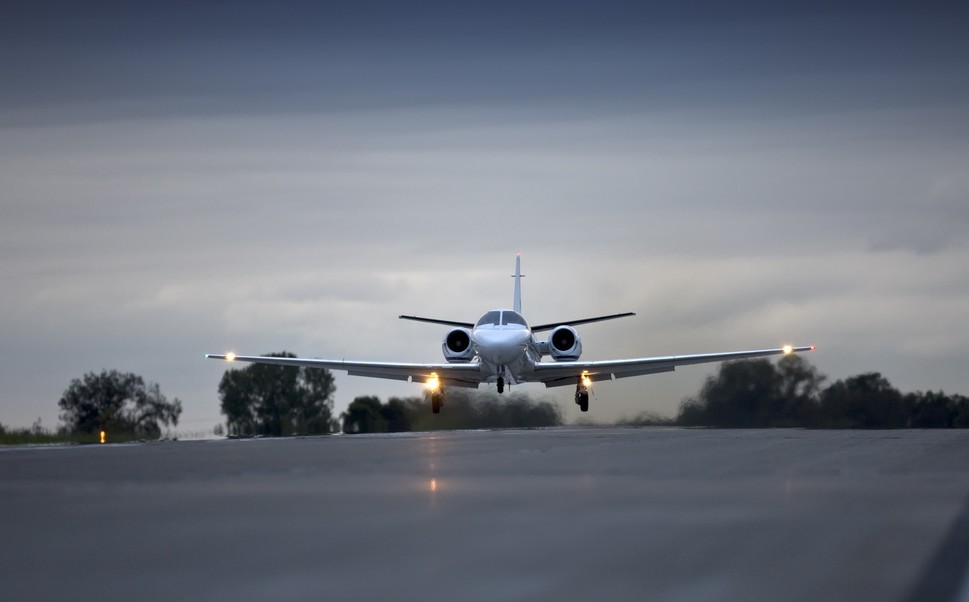 Over the next several articles, Ken Elliott covers the nuts and bolts of upgrading your aircraft to meet mandates and/or improve its performance and capability.

During the coming months, we aim to discuss how best to determine the upgrade path for your new or used business jet or turboprop. This is a complex and often confusing subject for pilots, aviation directors and aircraft owners, alike.

Acquiring a jet for sale with all the right bells and whistles would be the ideal situation, but even for a new build, the aircraft may not be fully equipped to meet all operational requirements, especially those that are still on the horizon. Because requirements constantly shift and change, some aircraft and equipment manufacturers take a ‘wait-and-see’ approach, incrementally upgrading and approving their boxes, to align themselves with requirements as they solidify.

Confusingly for operators, an aircraft listed as fully equipped and complaint may not be all the way there. Typically, the two main issues with equipment are the currency of the part number(s) and the level of its software. Each box, module or card in an aircraft system will have its own part number, software level and separately, in some cases, a modification status. So, note there are these three elements to consider.

The status of one system can be multiplied for numerous systems, based on the size and complexity of the aircraft you own. This takes some research on behalf of the company undertaking the technical evaluation of an aircraft. Furthermore, relying on documentation alone can be risky. Log book entries, tracked backwards from most recent, may be the closest to a true reflection of equipment status, apart from a physical inspection of the aircraft itself.

Meanwhile there are robust maintenance tracking systems that should be up-to-date with included part numbers. However, as depicted in Figure A, part numbers are not always the ‘full story’. 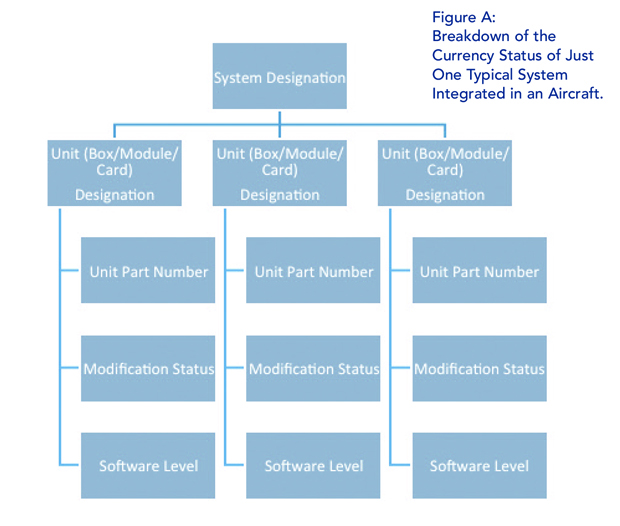 Another associated area of confusion is derived from aircraft systems being so integrated. A system being upgraded is only part of the proper solution. So, for example, Version X of System A is dependent upon System B, being Version Z.

The way the two systems communicate with each other across their collective data bus is dependent upon a change in one system being accommodated for within another. Today, aircraft are full of ‘Systems of Systems’, where equipment manufacturers control the data dialogue and make it tough for another vendor to ‘bolt on’ a different system.

Taking the control issue a little further, when you purchase a product (or the aircraft that includes it) you may be unaware that all the features you read about online, or in the brochure, may not be automatically available on your specific aircraft. Although the feature is fully capable of being active, it takes an additional fee for your maintenance provider to be given a key code, dongle device or some other means, to turn the feature on.

A common example has been the capability of Multi-Function Displays (MFDs) to display, third-party video inputs, such as EVS, weather or maps. Another example is ‘basic’ versus ‘enhanced’ performance, common across several popular aircraft systems. This way, OEMs can offer basic services for ‘Fee Base A’ and separately, a wider range of services for the higher ‘Fee Base B’.

There are different interpretations of fully equipped, the most relevant being ‘the aircraft is equipped to adequately perform within the airspace and regions for which it was designed’. There are two major categories of equipage that take the aircraft beyond its basic factory configuration, however. For new aircraft, these include options that may or may not be installed upon delivery. The two categories are:

Some Popular ‘Nice to Have’ Upgrades:

Mandates come in two forms. Those that are required by most operators, because they apply to most situations (such as ADS-B Out),  and those that are elective based on operational choices (such as FANS).

There are a whole series of incremental operational requirements being introduced that translate into mandatory equipage changes for most operators. They are phased in regionally, between now and 2020. These mandates and operational requirements are satisfied by implementing equipage upgrades, replacements and additions, or the loading of software changes. Generally, the older the airframe the more complex will be the solution (see Figure B). 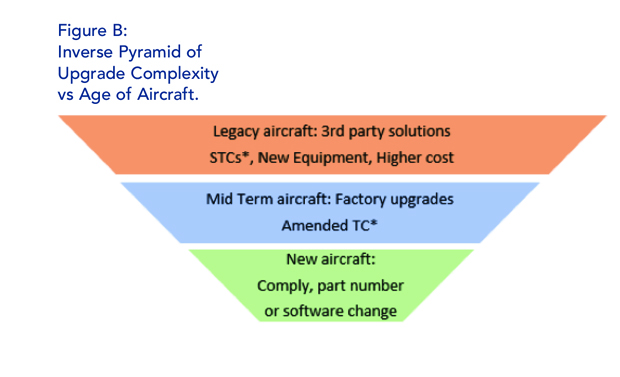 It is safe to assume that most ‘nice to have’ upgrades follow the same complexity guideline.

Upgrades & Changes via a STC/TC

As we are mostly dealing with upgrades, it’s worth a few words on the subject of STCs and TCs, these drawn-out certification programs being complex in themselves. Most would say the time and effort to complete an STC is longer than the work undertaken on the aircraft.

For an aircraft owner, understanding these processes is very important - especially if you are the ‘launch aircraft’. Following are a few noteworthy aspects of STCs and TCs:

Just as STCs and TCs are a means to upgrade aircraft, aircraft and equipment manufacturers as designers of the original product have an easier path when it comes to the boxes or minor changes to the aircraft.

Service changes from equipment providers come in the form of Service Bulletins, either as software or hardware. They need to be approved by the aircraft manufacturer in many cases and can constitute complex modifications. Different manufacturers use different terminologies; for example, Gulfstream uses ‘Aircraft Service Change’. A simple way to look at these is to treat box improvements as equipment service bulletins and system upgrades as aircraft service bulletins.

Most ADS-B factory upgrades are system upgrades and not simply a box improvement, unless on the newest models.

Automatic Dependent Surveillance—Broadcast (ADS-B) is great example of upgrade classification. Many recent ADS-B factory solutions were considered compliant until a new operating standard was introduced in the form of DO260B, which was an improvement on DO260A. So while the initial ADS-B upgrade was a major affair, the implementation of DO260B compliance should be relatively minor. Note the DO260B compliance is mandated for 2020.

An upgrade assumes anything from adding power outlets in the cabin to a full Satcom with High Speed Data. The same rules apply for any modification. Significant savings in time and cost, with less aircraft disturbance and risk, can be accomplished with a few common-sense rules when you upgrade your aircraft.  Following is a common-sense approach to upgrading:

• Select the Maintenance Repair Station (can be the aircraft manufacturer) that is best for you, including location and not just price.

• Obtain multiple quotes for the work. Make sure reviews of pricing and downtime are compared ‘apples to apples’.

• Combine work to be accomplished with inspections and other maintenance, such as APU and engine service.

• Relationships are very important, and they need to be based on trust and integrity. However, they should not bind you. New, healthy relationships can always be created.

• Look at shop experience and capability for your type and model of aircraft.

• Look at the facility itself. Pay a visit ahead of approving a proposal if the facility is new to you. Can the facility physically accommodate the aircraft and does it have adequate Ground Support Equipment (GSE)?

• Are the employees adequately trained and experienced? As we draw closer to the ADS-B 2020 deadline, ask the shop how many ‘contract employees’ will be assigned to your aircraft.

• Discuss the project’s certification process and any risks.

• If you do not have a Director of Maintenance on site, hire a technical consultant to babysit the project and request a customer office, if available. 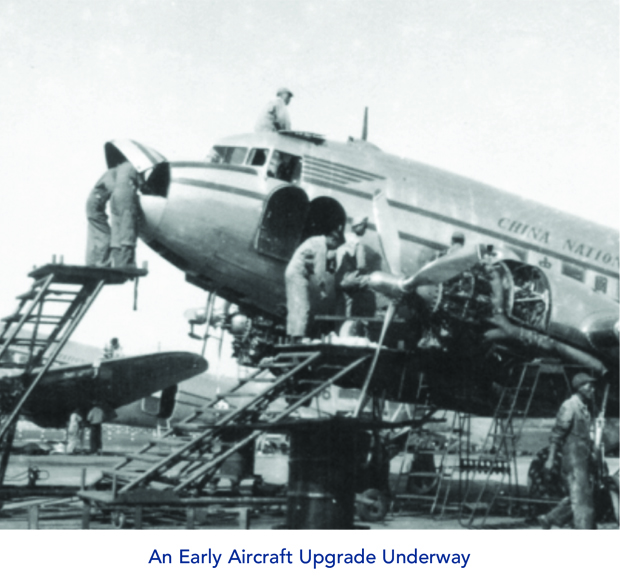 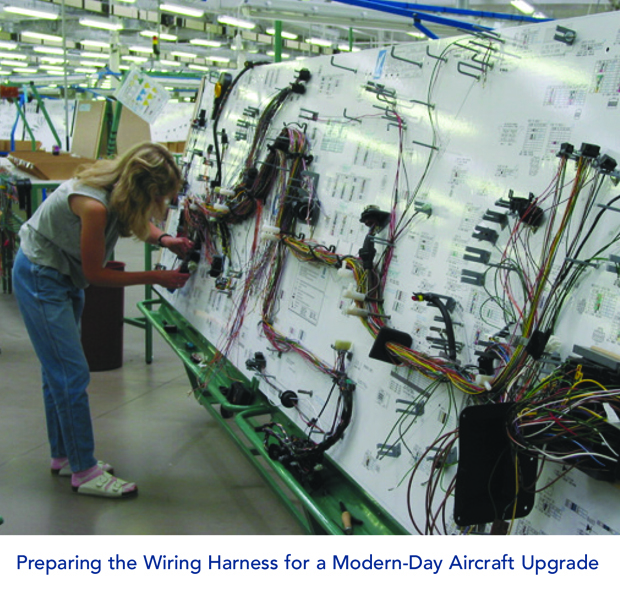 To highlight an example of a lack of due diligence in pre-qualifying a quotation, the following story relates to a personal experience that occurred in the mid-1990s…

The owner of a Dassault Falcon 50EX had selected a US-based interior shop to complete a ‘rerag’ on its existing interior and to accomplish other cabin improvements. At that time, there existed mandated requirements for significant avionics upgrades that this aircraft needed. Heeding the need to bundle the work and reduce the additional cost associated with separating the activities, the owner requested that our company complete the work at the interior shop.

Having received assurances of adequate hangar space and ground support equipment, we dispatched a full avionics team to undertake the upgrade task. To our dismay the aircraft was positioned in a Quonset Hut-style hangar, fully open on one end. The hangar was full of debris, dirt and dust, with a dead cat found in one corner.

For the aircraft tail to stay below the peak height of the hangar, the nose oleo had been fully extended by adding weights and loading down the tail.

The owner was due in two hours and despite a hurried clean-up he was horrified by what he saw. He eventually confessed that the interior modification had been selected as a ‘great deal’, but because of the extreme cold on the jobsite, much of the aircraft electronics testing had to be finished at avionics shop, requiring an additional trip, expense and downtime.

The facility providing the quotation for an upgrade will require a lot of information about your aircraft. There are many factors that can impact the conformity of the quotation to the actual aircraft. Some of these factors are:

All the above factors can alter the standard quotation and in some cases will do so significantly. Providing MROs and aircraft manufacturers with adequate information on your aircraft is essential. Leaving anything to a guess is a huge risk. The ideal situation is to allow the individual providing the quotation to personally review the aircraft records and physically verify (on the aircraft itself) anything that requires clarification.

This article covered a general overview, touching the surface of how to approach an upgrade to your aircraft. The next several articles will delve deeper with respect to the individual mandated and optional systems, equipment options and the facilities that integrate.

As a final thought, it cannot be stressed enough that upgrading your aircraft is a serious business with many moving parts. Owners and Aviation Directors should be personally involved in the decision process, ensuring all risks have been mitigated. The selection of the right facility and their primary point of contact is only a small part of that decision process.