Today operators face equipment mandates throughout the globe, notes Dave Higdon. As varying airworthiness and air traffic authorities improve their systems, how and when do you plan to comply…? 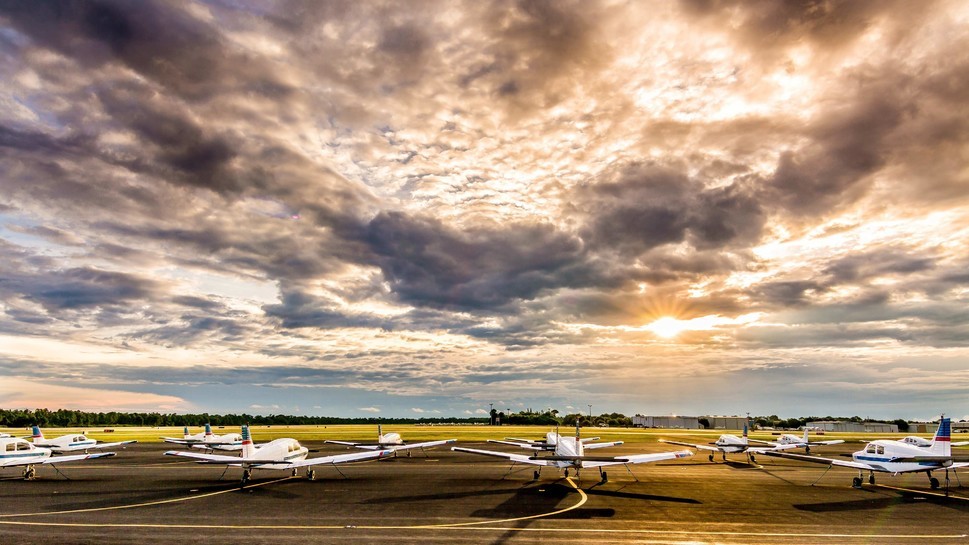 Despite some popular political chatter about unilateral action, ICAO, an arm of the United Nations, makes decisions responding to the consensus of its nearly 200 member states in their effort to ensure safe, orderly air travel within an international system with some common bases. But singe member states ultimately set their own rules, so deadlines for deploying various technological advances vary from country-to-country.

Nevertheless, while individual nations set the rules for their domestic airspace, operators are typically bound by the rules of the nations they visit. So the lack of a mandate in a home nation won’t relieve an operator from fulfilling a mandate if it's in effect in a destination country.

Two years ago the European Aviation Safety Authority (EASA) began requiring use of Future Air Navigation System (FANS 1/A) of some form for air traffic using the North Atlantic Track System (NATS). The airspace impacted expanded last year, and extends to most of the North Atlantic this year. For the commercial traffic among the approximately 1,500 aircraft using that airspace each day, FANS 1/A is old hat (the advent of ETOPS helped encourage its adoption long before the EASA requirement kicked in). It’s somewhat newer to business aircraft operators however.

Unlike EASA, the FAA has no mandate in place for FANS; but US operators who regularly cross the Atlantic will ultimately face the issue of equipping. Failure to equip with FANS 1/A, doesn't lock out an operator from crossing the North Atlantic altogether. It does, however, leave those aircraft unable to access the most efficient tracks with the reduced separation (similar to the altitude restrictions imposed on US operators who fail to meet RVSM standards). And while new to many business aircraft operators and users, it will not ultimately impact operators who won't be crossing the Atlantic in the course of their operations.

The same cannot be said for Automatic Dependent Surveillance-Broadcast (ADS-B). The majority of the world's business aircraft face a future in which air traffic authorities require ADS-B to access most airspace. ADS-B is the future of air-traffic surveillance and is already required in much of the world, even though the FAA gives aircraft owners until 2020 to comply.

ADS-C meanwhile provides precision position reports using an approved reference technology – WAAS GPS is the most common – that reports to ATC via an Inmarsat or Iridium satellite link. Like ADS-B, it requires virtually no human interaction once powered-up. Meanwhile, some of the other technologies may be fulfilled by meeting some of the proceeding mandates.

The Technical Service Order (TSO) that makes a position source legible for use in most of these cases is the FAA's TSO-C 166b and its international counterparts. US operators that never fly above FL180 have a second option under TSO-C 154c.

The system used most commonly in Europe and North America is a TSO-C 166b-compatible WAAS GPS, which provides position data accurate enough to support precision instrument approaches. The need for precision position data under multiple mandates installing the reference system is a first priority for many operators.

While many modern business turbine aircraft sport Flight Management Systems with GPS, even WAAS GPS, given advances in the TSO operators should determine whether their current FMS fulfills the requirements for the systems planned. If not, an upgrade is needed; how and what will vary with the equipment already installed – and future plans. For aircraft lacking such modern navigation equipment it may be a good time to examine the aircraft, its panel and your future plans.

Avionics shops counsel owners and operators to weigh their plans for the airplane: whether it will remain the company aircraft, get upgraded, or be traded - and at what point. Most will advise against sinking funds into an airplane that won't be kept long enough to be impacted by a mandate, or one nearing the end of its useful life.

For some owners, complying may require more than the installation of equipment. Furthermore, if the airplane regularly ventures beyond US borders, assuring its legality in those foreign destinations should be paramount (as mentioned above, FANS 1/A has little importance to an operator that never flies the Atlantic, although the Controller/Pilot DataLink Communications (CPDLC) hardware required for FANS 1/A may be desirable due to expected mandates in Europe).

Where, exactly, an aircraft receives upgrades to help it meet these various mandates is one of those choices best made after consulting with various shops about needs, costs and schedules. Timing the work to coincide with other major maintenance needs offers an opportunity to save both time and money, according to various shops and the Aircraft Electronics Association.

A business turbine aircraft due for expended downtime should be examined in light of the pending mandates the operator must meet. Even if the mandate itself is years out – such as the 2020 deadline for ADS-B Out in US airspace – installing the needed systems during other maintenance obviates the need for more aircraft downtime.

Are you thinking of converting that analog panel to glass? What better time to make the needed updates for looming mandates? Is the airplane going in for new interior or engine work? You would be wise to also consider what work could be undertaken to meet mandates that will ultimately impact your flight operations.

Of course, operators may choose to wait until late – and face the prospects of frustrations, worry and a lengthy delay as they wait for overbooked shops to find a vacant slot to take the aircraft in and undertake the necessary work. Some operators may opt to ignore most of these mandates altogether. But there will be consequences!

As noted before, NATS users face the loss of the most-efficient, most-favorable crossing tracks if they fail to comply with the FANS 1/A requirement of EASA. The costs come in the form of longer legs that consume more fuel and take longer fly.

Ignoring the ADS-B Out mandate in the US, meanwhile, essentially locks operators out of airspace in which Mode C transponders are now required (airspace too low for fast, fuel-sipping flying by turbine engine aircraft). Even the business pilots of high-performance piston aircraft want access to airspace higher than that available in most of the country without ADS-B Out. And if those aircraft need access to airports in today's Bravo and Charlie airspace, ADS-B Out is the answer.

The Clock is Ticking...

Consult with your chief pilot on need and timing; finance resources on costs; tax expert on making the most of the upgrade work; then, pick the shop you’re most comfortable using (preferably that knows your aircraft and its panel). Start planning now!

And remember, it’s better to take advantage of benefits beyond meeting some regulatory deadline. In the US alone, using a navigation WAAS GPS to comply with ADS-B Out opens up access to about 3,500 runway ends to precision approaches unavailable via an ILS. And eventually operators will want to access the approaches available only to aircraft that can meet RNP standards.

Better tracking, improved pilot/controller communications and a safer, more-efficient ATC environment holds benefits for both those making the mandates, and those who meet the requirements.