You probably noticed a new option emerging for putting a business jet on the company’s asset sheet (you’ll likely see more of them in the future). The new option: program remanufacturing. 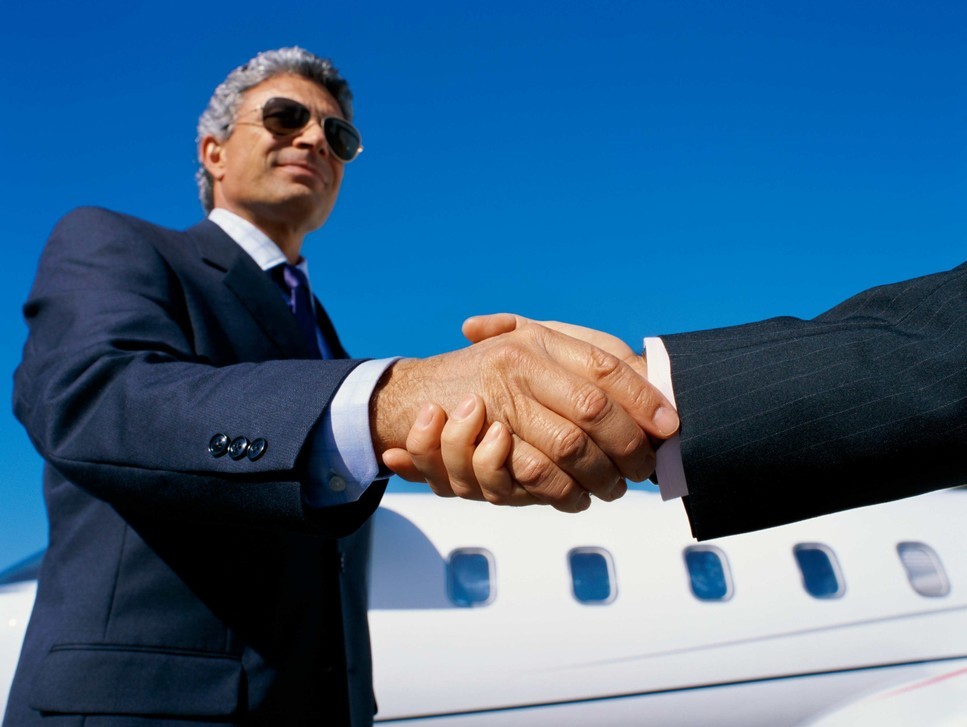 You probably noticed a new option emerging for putting a business jet on the company’s asset sheet (you’ll likely see more of them in the future). The new option: program remanufacturing.

World Aircraft Sales Magazine gave readers an inside look at Nextant Aerospace’s 400XT in the December 2012 issue. The foundation of this and other similar remanufacturing programs is built on the existence of a broad inventory of available modifications for business jets, making the full remanufacture option financially viable.

Somewhat more than targeted systems refurbishments, these whole-airplane makeovers couple airframe renewal with upgraded engines, an approved avionics upgrade, new interior and new paint and windows, are packaged with nothing but zero-time systems, and priced as a package to compete with brand-new aircraft – whether unmodified versions of the same aircraft or others within its segment.

Just as these options help define the aircraft’s potential, so they also allow operators control over what they choose to implement and how they go about it to schedule and finance the upgrades they need.

Powerplants, of course, serve as the heartbeat of any aircraft. Understandably they often hold the promise of the greatest financial and operational gains available from systems upgrades - so this month we look at the benefits that drive powerplant retrofit programs.

The ‘Go’ to Get There
Once-upon-a-time, aircraft engines fulfilled their single defining role: Thrust. Whether spinning main rotors for lift or driving forward a fixed lifting surface, spinning propellers and hot exhaust perform the same job.

As engines moved beyond the level of barely being powerful enough to delivering excess power, engines acquired roles beyond providing thrust alone. With the addition of generators and alternators, powerplants could provide electrical power - the motive force necessary for avionics and lights, flight-management systems, environmental control of temperature, air pressure and airflow.

Powerplants also literally provide the air we breathe in pressurized-aircraft cabins. Some do so directly from air bled off the engine compressor, while others work indirectly by powering a separate compressor to pressurize the cabin air.

Advances in power production, efficiency and durability began immediately after the success of the first Whittle engines of the 1930s; those efforts span the turbine-engine era and continue today. As a result, the engines of today work more efficiently and more reliably than ever –producing more pounds of thrust at lighter weights, consuming less fuel per pound of thrust, too.

They bring flexibility enough to be fitted onto today’s newest jet airframes – and many qualify to replace original-equipment powerplants in many older airframes.

It’s a long-running idea that shows no signs of losing favor: frugal operators who know they’re fine with their existing aircraft can stick with the jet they have, and improve their operating costs with a powerplant transplant.

Powerplant Transplants
Have you checked the cost of Jet A lately? Did it nudge you into reassessing the costs of operating at 2008 levels at 2013 fuel prices? Maybe you miss the days when per-hour costs of on-condition maintenance needs left you with enough change to go a little beyond the minimally-required maintenance work in a bid to head off potential, unexpected problems at future annual inspections.

Perhaps the knowledge of the impending hot-section is adding to your flying-finance frustrations, or your aircraft faces an onerous airworthiness directive that you can terminate, or at least reduce the cost of with an engine change.

It may make sense for you to spend money now that you would rather not spend until later… with interest, if fuel charges continue to rise!

If your engines are getting expensive, consider asking two respected colleagues for some input on the prospect of a powerplant transplant; namely your CFO and your chief pilot. What you want to know is:

First: What, if any, tax breaks or incentives still exist for capital expenditures, investments in new equipment and/or upgrading current systems?
Second: What options exist, if any, for giving the company aircraft a ‘heart transplant’? (Some airframes may qualify under more than one retrofit program. Checking both would seem optimal.)
Third: What are the net costs, wholly amortized and leveraged, for any upgrade options?

You may be surprised at how often numbers as basic as one element can tip the tables toward a powerplant transplant.

Fueling Frugality
When you see overhaul costs that approach the hull value of the airplane it is not difficult to get a knot in the pit of your checkbook. Even when the million-dollar overhaul is invested in an aircraft worth $2-2.5 million, maybe $2.5 million it won’t buy you lower fuel bills – not with the same old engines powering the jet afterwards.

When the cost of an overhaul comes to within 80 percent of the cost of an upgrade, the upgrade becomes worth consideration. Many upgrades deliver fuel-flow reductions in the 20-40 percent range.

As a case in point, the highly successful JT15D turbofan powers the Beechjet 400A and its predecessor, the Mitsubishi Diamond and the early Cessna Citations. While they were superior in size, weight and efficiency when they first arrived on the scene in 1971, during the 42 years since the JT15Ds have been surpassed by other options offering equal power at lower weights, complexity levels, maintenance costs and fuel efficiency.

Both Beech Aircraft Services and Nextant rightly point to significant reductions in fuel consumption and other costs from upgrading to Williams International FJ44 engines. The Nextant 400XT gains about 50 percent in still-air range over the 400A; the Beech conversion is nearly the same. That means the aggregate fuel consumption plummets about 35 to 40 percent with the rest of the gain coming from airframe improvements.

Now consider a pre-powerplant-transplant jet that typically flies 350 hours per year, burning 160 gallons per hour, with fuel costing approximately $7.00 per gallon. The annual fuel budget would come in at $392,000.

Imagine the same jet underwent an engine upgrade, and recalculate the cost at the new fuel burn-rate of 120 gallons per hour (a mere 25 percent reduction). Your new annual fuel tab would be $294,000: That’s $98,000 dollars less that you paid the previous year, before you had the engines upgraded.

The breaker is finding a program that fits your airplane, your needs, and your budget. But with overhauling an engine pair in the $900,000-$1 million range, and conversions within striking distance, the long-term, full-life costs of the conversion may actually pay – particularly when compared to keeping older engines with their higher fuel use.

Non-Direct Savings
A jet that uses significantly less fuel mission-to-mission also offers greater flexibility in planning and executing trips. For example, by working a flight plan based on fuel needed (plus NBAA reserves), an operator of an upgraded airplane will naturally be dealing with smaller fuel loads – and, along with that, the ability to carry more in the cabin.

The flip side of greater fuel efficiency is the ability to tanker fuel when cabin demands allow for the carriage of more fuel than needed. Avoiding fuel stops saves money, since you’ll avoid paying more than you do at home, or at other specific FBOs. Every little bit helps.

Program Prospects
If you own a Falcon 20 you’ve got options; a Falcon 20 Retrofit with Honeywell engines. The same can be said for the Falcon 50; the 50-Dash-4 program Honeywell supports (www.50dash4.com), along with its several approved installation sites.

For fans of the once-plentiful Learjet 25, Spirit Wing Aviation developed its SpiritJet that converts to FJ44 engines from the original GE 610 turbofans.

Timing is Everything
Whether you are looking at one of these programs or other, newer ones that are likely to arrive, undertaking a ‘heart’ transplant is not a spur-of-the-moment project – not in Business Aviation, anyhow. Central to exercising the best option will be the research you undertook to find and qualify an option as being suitable for your operation. Beyond that, timing and financing will rule the decision-making process.

Timing-wise, conversion shops consistently recommend the operator plan on the conversion, retrofit or upgrade to coincide with other major projects, so if an upgrade can be worked out to match the overhaul cycle of the powerplants, so much the better. Timing to coincide with a long-term periodic airframe inspection is an equally good approach – particularly when it means skipping a second down-cycle by tackling the engine earlier than is absolutely necessary. There’s no sense in having the expense of two hangar stints if the objective can be accomplished in one visit – even if it means doing some work early.

How will the cost of the upgrade be financed? The disciplined operators who diligently deposits funds into an overhaul equity account, won’t find the check-writing so painful. Timing to take best advantage of any special tax treatments is worth consideration. While it may mean moving ahead with the project a little earlier than engine health requires, it can also mean spending far less with the exercise of available tax breaks. Such benefits don’t last long.

The option of an engine upgrade – or of broader programs covering avionics and more – can also be a solid reason for considering some used airframes. Given their low residual value, it just may be smarter financially to find an eligible airframe for a full treatment –giving your operations all the benefits of new, with fewer of the costs.

You have the power!