Situational awareness for pilots and air traffic control (ATC) is critical both in the air and on the ground. Ground awareness extends to all users of airport movement areas as well as to ATC. It is also not just about safety and traffic avoidance, however. For a singular aircraft, taxiing around an unfamiliar airport can become very challenging at night and during low visibility. 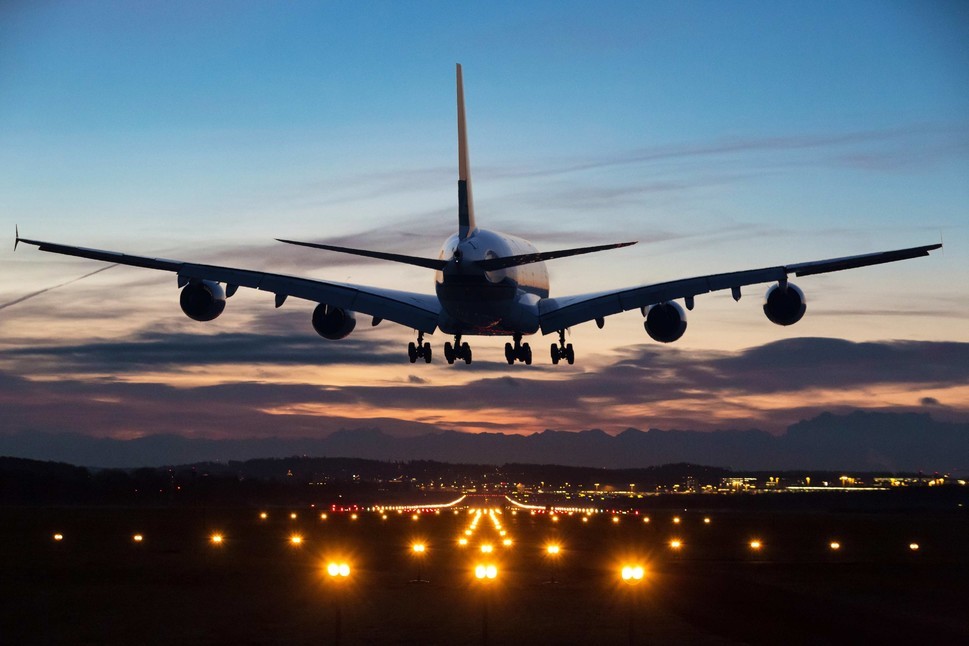 Situational awareness is critical in all phases of flight (that means from ramp-to-ramp), but it typically increases in and around airports and Metroplexes. For the purpose of this article the focus is on both low visibility operations and surface movement; the portion of a flight from the ramp until after take-off and again from the visual transition point of an approach procedure until parked at the ramp destination.

Historically, air navigation service providers (ANSPs) and flight crews have visually scanned surface operations, focusing on taxi management and separation. This has evolved into enhanced surface situational awareness, based on the use of an airport surface movement primary radar system and display (SMR).

The FAA uses the term LVO/SMGCS (low visibility operations/surface movement guidance control system) to cover surface operations, whereas both ICAO and EASA use the term A-SMGCS (advanced surface movement guidance control system). These are seen as systems that include a significant group of stakeholders all contributing to, and complying with an airport plan. Formally, A-SMGCS is a system providing routing, guidance and surveillance, controlling aircraft and vehicles to maintain surface movement rates under all weather conditions within the airport’s visibility operational level (AVOL), while maintaining the required level of safety.

Surveillance via surface radar and ADS-B, for example, improves taxi operations and departure sequencing. Alerting with flight ID, meanwhile, improves situations where resolution is required, such as runway incursions. For aircraft, the ID is set on the active transponder (Note: ADS-B APT is used by ATC, by airport vehicles and on aircraft alike).

Plans today focus on SMGCS for use in low runway visual range (RVR) and specifically with respect to surface operations. The portions of a flight covering take off and then from visual approach (200ft DH) to touch down, are within the purview of existing flight rules with special authorizations provided to specific operators at different runways based on ground and airborne equipage, and crew certification.

As part of global harmonization, ICAO uses a block upgrade framework for its current and future aviation program, divided into areas and modules. Area 1 is Airports. ICAO, like the FAA, wisely includes the approach phase in its airport operations and interestingly it is perceived as accessibility. (Note: wake separation and sequencing are also included, both impacting airport operations, with sequencing impacted especially by low visibility.

Surface Movement Guidance Control System facilitates the safe movement of aircraft and vehicles on the airport by establishing more rigorous control procedures and requiring enhanced visual aids. Key enabling elements of SMGCS are enhanced visual aids, including on airport lights, markings and signage designed to provide visual cues to pilots, along with the provision of visual cues to vehicle operators that are sufficient to maintain situational awareness, thus ensuring safe and efficient ground operations. These enhanced visual aids establish mechanisms by which surveillance, routing, guidance and control of surface operations in low visibility conditions may be achieved.

Aircraft operators have standard operating procedures (SOPs) that need to include operational guidelines conforming to standard SMGCS movement criteria. There are currently two levels of SMGCS - from 1,200-500ft RVR, and

Having a SMGCS program is voluntary for an airport, so it is expected that once a working group is assembled, a thorough airport-specific SMGCS plan will be created. This would include a review of the business case before any plan is implemented.

Most airports (and runways), authorized for Category II/III operations already have a significant amount of airport signage, lighting and marking that’s required under an SMGCS plan. At present, however, there is no worldwide standard for taxiway designation which leads to potential for confusion.

ICAO Annex 14 has some recommendations of taxiway naming without offering guidance to a system-wide application of designations. Equally there are different policies of use for stop bars, varying from airport to airport. (IFALPA the international arm of ALPA (Airline Pilots Association) has developed a recommended standardization of both.)

Recently NASA conducted a very useful series of tests using aircraft equipped with EVS, SVS and HUDs to evaluate their effectiveness taxiing on airports during very low visibility conditions. The tests were scientific and included a true evaluation of situational awareness (for example, using EVS information displayed on an MFD and on a HUD). Other factors monitored included workload, parallax, and conflict detection.

It was established that the use of EVS and HUDs can be good confirmation tools for taxiing. Because of image latency and non-conformity comparing EVS with ‘out the window’ viewing, there are other concerns that emerge if used as a primary tool for taxi awareness.

SVS and own-ship position on EFBs (for ground use only), are also valuable low-visibility confirmation tools. When relying on database-derived maps and GPS supported position, there is a currency and accuracy concern, so using any of these tools is always best as confirmation only. From a NextGen/SESAR or future surface visibility perspective, VDL Mode 4 and ADS-B data communication and surveillance will be important contributors to airport situational awareness, but costly to implement.

There were 1,365 US runways and their associated airports with SMGCS plans in use as of September 2012, (when last publicly published)¹, tending to focus on the airport itself while not providing 'credit' to aircraft with situational awareness tools such as on-ground 'own-ship position' on moving maps or EVS. This will change with time, especially now that new SMGCS and LVO guidance is in the works from FAA, ICAO and EASA.

There is a possibility of operational taxi credit for some certificated flight decks by use of protected low-visibility taxi routes (PLOVTRs) using an Operational Demonstration/Evaluation (OpEval) program. This is, however, a long-term effort by the FAA working with others, such as NASA and VOLPE.

While governments invest in airport traffic management, operators are left to deal with what is served and figure out creative means to improve their own on-board situational awareness.

Keep in mind that investments in infrastructure will be slow, and more safety-orientated surface procedures, signage and markings that reduce conflict without high-cost surveillance equipage will be introduced first. Aircraft operators that have the wisdom to independently equip while using effective SOPs and SMS will receive the early benefits.

Whether an airport is primarily used by airlines, freighters, business jets or small GA, there is always a mix of operators, with a fair sprinkling of infrequent visitors including military. Taxi-awareness includes how the other aircraft and ground vehicles are maneuvering with respect to you.

Users of Business Aviation should be familiar with rules and guidance used by other aircraft types and operational categories that in the commercial world are more restrictive. While LVO and SMGCS improve safety and reduce the potential for conflict, they also improve efficiency and access, saving time and fuel. All are positive outcomes, and worthy of some attention…