Business jet operators upgrade their Cabin Management Systems (CMS) for a range of reasons. Gerrard Cowan speaks to some of the industry’s experts to find out what operators should know when planning a retrofit…

Cabin Management Systems are central to passenger interaction with the aircraft they’re flying on, enabling them to control their environment – from temperature and lighting, to window shades, to in-flight entertainment (IFE). What's the best way to plan an upgrade?

Many Business Aviation operators today look to upgrade their CMS when the aircraft is in the MRO shop for other work, or to increase its appeal in the pre-owned market when they are contemplating a sale.

Indeed, such upgrades have become an increasingly common request in recent years, according to Steve Elofson, an Avionics Sales Representative at Duncan Aviation, which upgrades CMS as part of a wide range of maintenance services.

This demand is driven by two main factors, he says. First, CMS become obsolete over time, meaning the equipment is no longer repairable, or is not supported by the original manufacturer. Second, technology is always changing in the BizAv avionics world, and operators may wish to exploit new developments.

“What we had in our houses and our cars 10 years ago is vastly different to what's available right now,” he says. “It's really the same with aircraft and their cabins. There's a demand for the latest and greatest in electronic capabilities.”

As an example, Elofson highlights the move to High Definition (HD) displays. “This is a very common CMS-related request,” he shares. Additionally, there’s growing demand for wireless connectivity and control, where users can control their cabin systems from a Personal Electronic Device (PED), such as a smartphone or a tablet.

They might stream their own movies or television shows on the aircraft’s screens, or stream from the aircraft to their personal devices (via an on board Audio and Video On-Demand server).

Upgrade with an Eye on the Future

Elofson recommends that operators keep their future technological needs in mind, perhaps researching what they may require in their next upgrade. “For example, you might wish to upgrade to a 4K display at some point in the future.”

In general, Elofson says Duncan Aviation works with customers to assess their current technology, and makes recommendations on this basis. There can be many different variables involved, he notes.

“For example, an older aircraft may need a complete CMS upgrade to ensure it has a system that is current and supported, while another operator may have a relatively advanced system that only requires upgrades in specific features.”

There has been a stark increase in the acquisition of older aircraft at below-market value during the Covid-19 pandemic, notes Darrell Finneman, Vice President of Product Engineering, Rosen Aviation, which manufactures a variety of products for CMS.

Among the company’s products are smart surface control and sensor technology, audio/video and other IFE and Connectivity (IFEC) solutions. Many operators are putting the money they have saved from such aircraft bargains into upgrading their cabins to a more contemporary level, according to Finneman, “fueling considerable CMS upgrade demand”.

This leads to several challenges which operators should keep in mind. “For example, older wiring will not support the latest functionality, meaning the entire cabin may need to be gutted to upgrade the CMS – a costly and time-consuming process.”

There may also be a need for woodwork alterations. “While not as costly or time consuming as replacing cabin wiring, having to dig into the woodwork is still an intrusive process that has many challenges,” he adds. 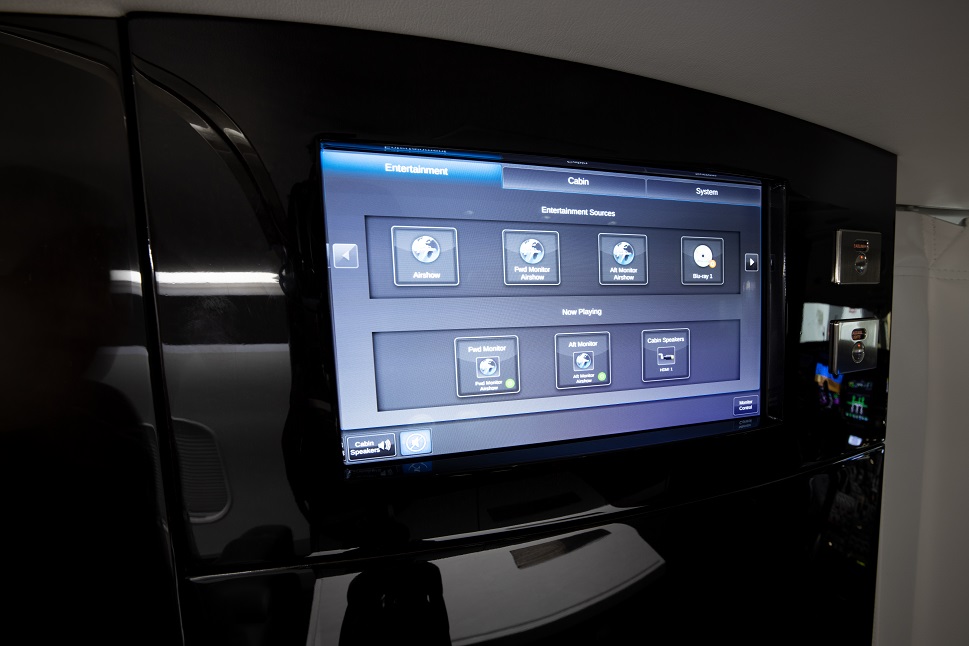 Beyond this, Finneman says that older aircraft might lack SATCOM capability, meaning some form of connectivity will need adding to utilize Wi-Fi, or the streaming functions of a newer CMS.

From an IFE and cabin electronics standpoint, the major points to consider relate to the ability of various technologies to properly integrate with existing systems and between components, Finneman stresses.

“As new technology – like 4K displays and smart surfaces – are introduced into airplanes, choosing a CMS that can adequately communicate and control these components should be a priority,” he notes.

Within the US, consideration of an aircraft’s purpose includes the difference between non-commercial (Part 91) and commercial (Part 135) flights. In the case of the latter, the CMS should be as intuitive and easy to use as possible to account for the wide diversity of passengers, Finneman suggests.

“The system will likely have more basic functionality, though with some layers of personalization, such as the ability to access personal content, or charge personal devices,” he shares. “CMS aboard Part 91-operated aircraft, on the other hand, can be more complex and highly personalized, with more layers of functionality, such as lighting control and cabin audio.”

And there are different maintenance demands between Part 91 and Part 135 operations that should also be considered, adds Don Hamilton, president of ALTO Aviation – manufacturer of the Cadence CMS.

“Part 135 operators will be keen to ensure the system can be easily repaired if there are any issues, because every time an aircraft is down, they’re not making money on it.”

“The aim is to provide CMS upgrades in a flexible way, including developing modular bezels [the frames for the switches] that reduce the amount of woodwork alteration required in older aircraft, and by providing discrete CMS upgrades as needed,” he elaborates. “For instance, a corporate shuttle may simply require lighting controls, without entertainment.”

According to Hamilton, operators should first figure out how the system is going to be used, and the reason they’re upgrading. “While a corporate aircraft may not require a full IFE system, this could be a crucial addition to a jet used by a family,” he illustrates. 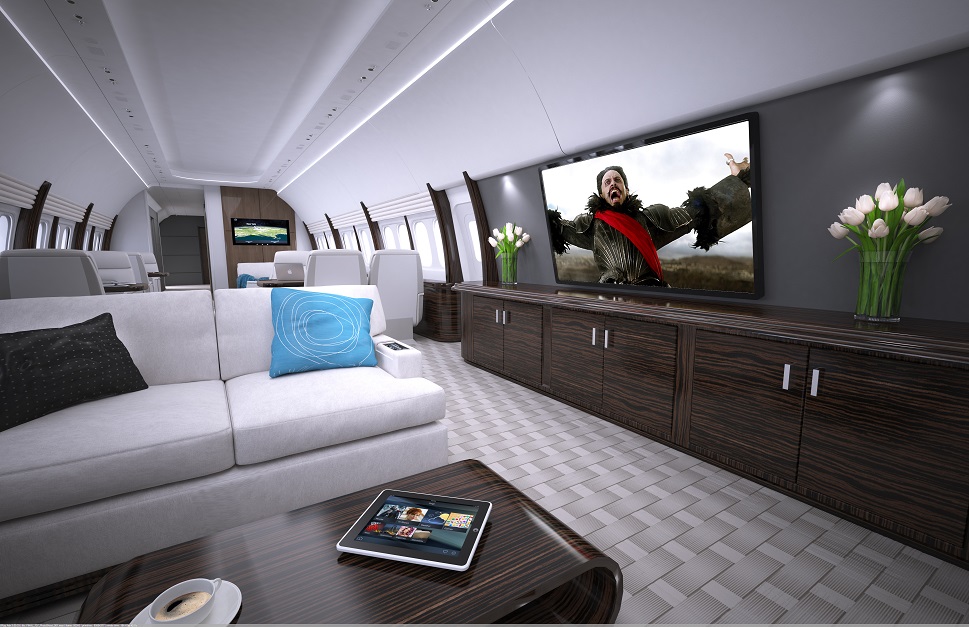 First is the increased use of PEDs (Collins has created apps for its Venue CMS to interact with these, controlling the environment and provide other benefits.)

Second is the higher bandwidth levels now available, both for connectivity to and from the aircraft, and to serve as the CMS backbone on-board the platform. (Collins’ latest offering in CMS is Venue, which Zimmerman said has seen significant demand in the aftermarket, with more than 200 retrofits flying today.)

Moreover, “while most customers consider the hull value of the aircraft when they upgrade the CMS and other parts of the cabin, sometimes people just love their aircraft and they upgrade, even though financially it doesn’t make sense,” Zimmerman notes, recommending that owners consider the ratio of cabin upgrade to hull value to justify their investment.

Additionally, he suggests owners carefully analyse the company they are dealing with, considering whether it is likely to still be around in a decade’s time; whether it provides great product support; and if the company truly understands aircraft, avionics, and the certification of avionics.

“Pick a true avionics company – this may cost you more upfront, but it will pay off in the long-run,” he concludes.

How Good are Today’s BizJet Cabin Air Filters?
Cabin Management Systems: Which are the Best for...
How to Upgrade Your Cabin Electronics (Part 1)