What's Next for BizAv Cockpit Technology?

Now that ADS-B Out is here, what’s next for Business Aviation cockpit technology? Chris Kjelgaard speaks to various industry experts to find out what’s likely to be the focus for cockpit avionics OEMs in the coming months… 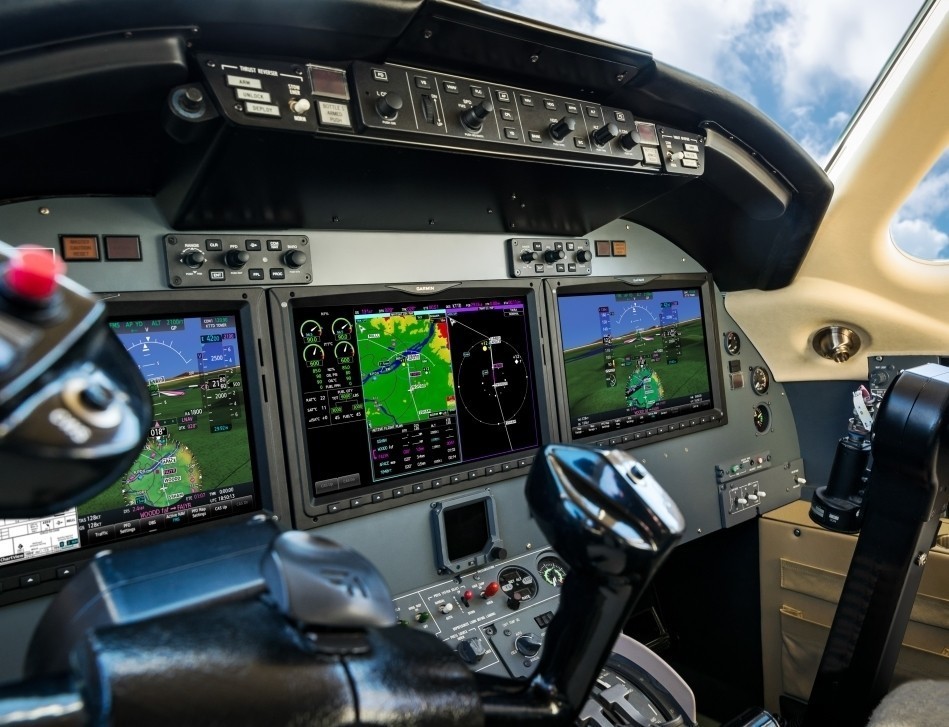 In various parts of the world, mandatory equipage for ADS-B Out is either complete, or soon will be. But that doesn’t mean the ADS-B saga is nearly over as it pertains to likely advances in Business Aviation flight deck technology.
In fact, the aviation world may yet be nearer the beginning of the ADS-B revolution than the end. The implications of that for business aircraft operations may be far-reaching.
For example, the aviation industry is only just waking up to the fact that the economic use case for the other major aspect of ADS-B technology – ADS-B In – has potentially received a massive boost as a result of mandatory ADS-B Out equipage.
That’s according to Darin Underwood and Matt Carrico, respectively principal engineer for Proline Fusion avionics and senior fellow in business and regional aircraft avionics in Collins Aerospace’s Avionics business unit.
ADS-B Out – The Next Big Thing?
Potentially the biggest benefit conferred by ADS-B In is that a fully equipped ADS-B Out operating environment gives pilots additional situational awareness regarding the positions and intents of other air traffic in the vicinity of their aircraft, whether that traffic is in the air or on the ground at airports.
For many years, operators resisting installing ADS-B In transponders on their flight-decks, argued that the technology made little economic and operational sense if every aircraft was not fitted with the ADS-B Out broadcasting technology required for ADS-B In to be effective.
Thus, airworthiness authorities worldwide decided only to make ADS-B Out equipage mandatory, as a major first step in improving the safety and efficiency of air traffic management.
But the situation is changing… While ADS-B In equipage still isn’t mandatory, “We’re hearing from operators that TIS [Traffic Information Services] has traffic awareness benefits,” said Carrico.
“Now that everybody is equipped [with ADS-B Out], that will shift the conversation.

"There will be a sea-change in the conversation around ADS-B In, and I suspect this will be the decade when, as an industry, we will prove those applications which have most benefit in terms of operational credit—which will probably be [provided] in terms of reduced separations” for ADS-B In-equipped aircraft.

That will allow such aircraft to fly more efficient flight profiles and routings and—with the participation of Air Navigation Service Providers (ANSPs) in providing synthesized TIS information of aircraft positions and intent to ADS-B In transponders and nav/comms units— allow aircraft to fly assisted visual approaches and to maintain reduced separation minima during en route flying.
The latter benefit is already becoming available for aircraft flying across the Atlantic using the North Atlantic Track System.
The UK’s ANSP NATS and Canada’s ANSP Nav Canada—each now using Aireon’s space-based ADS-B air traffic management surveillance system to surveil all airspace actively in the busy Shanwick and Gander flight information regions, which together handle more than 80% of all transatlantic traffic—are working to reduce lateral separations of aircraft down from yesteryear’s 50nm to today’s 30nm, and eventually to 15nm.
That will massively increase the number of transatlantic flights able to use the airspace at any given time and each day it will allow hundreds of transport and business aircraft to fly much more efficient transatlantic routings.
While it’s possible that ADS-B In units might initially be installed more often in new business aircraft rather than those already in operation, the fact that all business aircraft operating in many of the world’s busiest aviation environments have to have ADS-B Out capability installed within the next year means that existing aircraft can make just as much use of ADS-B In’s situational awareness-improving and safety-improving capabilities as new aircraft.
Operators will be able to gain just as much operational credit, which pilots will convert directly into flying those aircraft more efficiently in terms of distance flown, time saved, fuel burned, and carbon emissions saved. 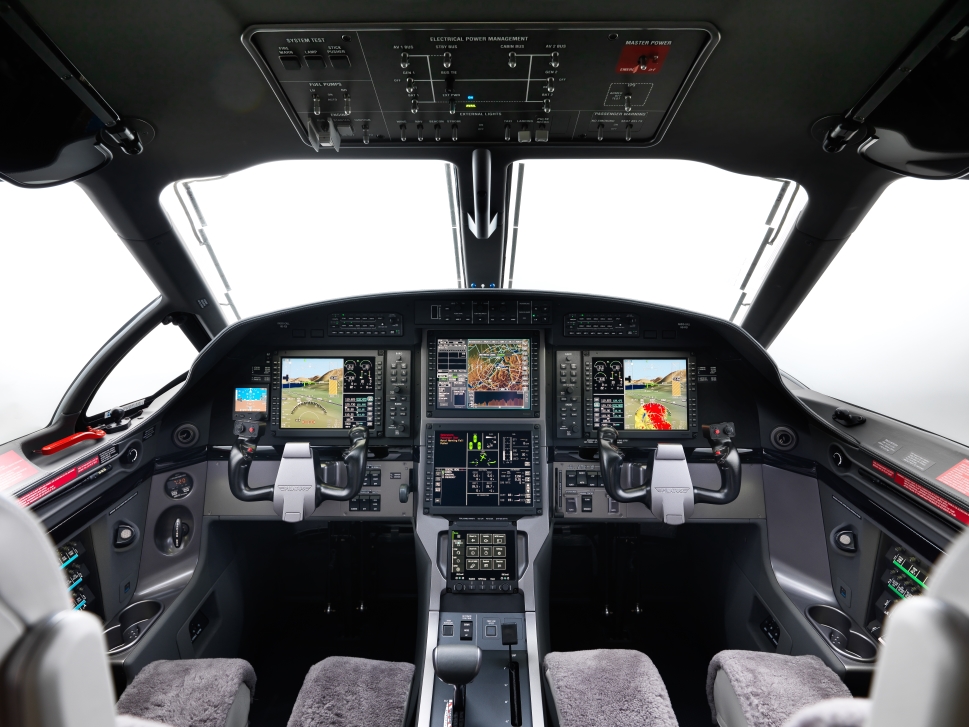 CPDLC Developments
Another new flight-deck technology beginning to show benefits is direct text messaging of ATC instructions to aircraft flight-decks using Controller-Pilot DataLink Communications (CPDLC).
This technology does away with the problems caused by missed clearances resulting from voice frequency congestion and by pilot read-back errors. Instead, pilots can now confirm receipt of text-messaged clearances and instructions from controllers merely by pushing a button and then—in modern digital flight-decks—they can input those messages directly into the flight management system, which then complies with the ATC instructions.

By removing the voice element from the equation, CPDLC saves pilots and their passengers time and fuel spent waiting for clearances and routing instructions, and further reduces carbon emissions.

“It complements what we [as an industry] have done with Link 2000 and FANS service on oceanic aircraft,” for en route flying in Europe and inside the US, notes Creighton Scarpone, director of airlines and business aviation sales, Garmin International.
“We will see [CPDLC technology] filter to more of the smaller turbine airplanes” in due course.
SVS & EVS Evolution
A third category of emerging flight-deck technologies (not exactly new, but evolving fast and through weight and size reduction and avionics integration becoming widely available for smaller business jets and turboprops, too) are the improved capabilities provided by synthetic vision systems (SVS), enhanced vision systems (EVS) and a combination of the two as combined vision systems (CVS).
Originally SVS and EVS were intended to improve situational awareness for pilots, according to Mike Ingram, vice president and general manager of cockpit systems, Honeywell Aerospace.
In instrument flight conditions, SVS shows pilots computer-generated, 3D imagery of the terrain ahead of the aircraft, including the locations and orientation of the runway or taxiway ahead. Usually this is projected on the head-up displays (HUDs).
This capability is being enhanced by new waveguide technologies developed by the major avionics OEMs, allowing HUD projectors to be smaller, lighter and take up less cockpit space.
EVS provides a similar function, but instead of displaying computer-generated imagery it shows a real-time view as seen by infra-red cameras, which can penetrate low cloud and fog to show the terrain ahead. CVS combines the two technologies to offer further-improved situational awareness, with moving maps of airport layouts, taxiway guidance and other views.
While very effective tools, SVS and EVS are increasingly being recognized by regulators as offering operational credit, particularly in reducing decision height minima during landing approaches.

New regulations are authorizing up to a 100ft reduction in the minimum decision height from 200ft to 100ft for instrument approaches for EVS, while regulators are working toward offering a 50ft decision-height reduction (to 150ft) for SVS, according to Ingram.

Regulators are also working to offer a 100ft decision height with CVS, “which gets you to that all-weather operation” which saves time and fuel—by not having to divert to an alternate airport when the cloud ceiling is below 200ft, notes Collins Aerospace’s Underwood.
SVS is now available “for every software load on new business jets,” says Ingram. “Some [systems] are still additional options, but the purchase rate is very high. It’s making its way into the older fleet too,” through cockpit upgrade programs such as Honeywell’s Primus Elite, Collins Aerospace’s Pro Line 21 and Garmin’s G600TXi and G700TXi digital flightdeck lines for retrofit to business aircraft. 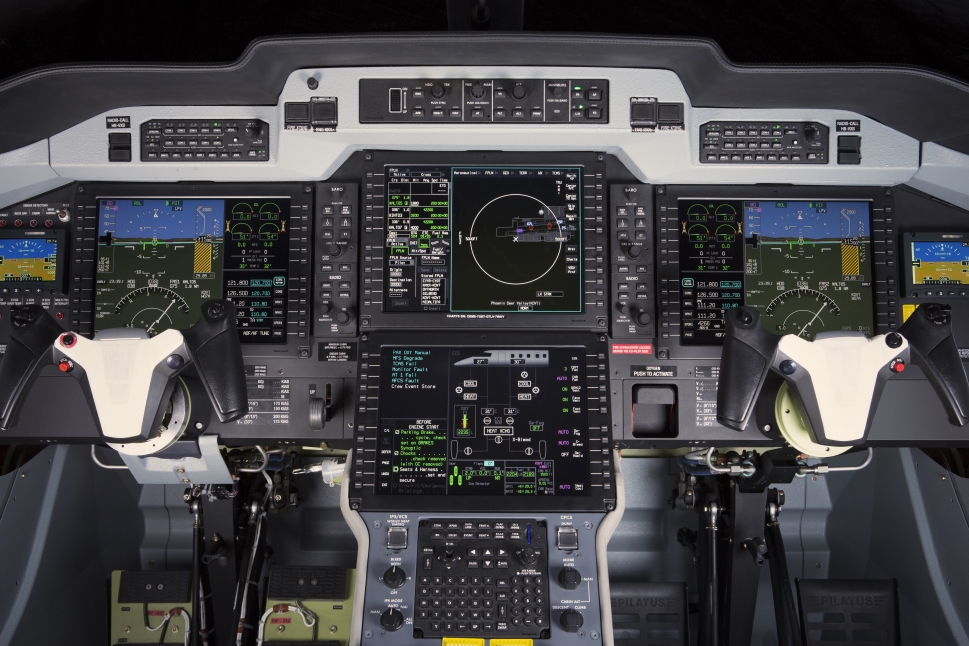 SVS is now almost ubiquitous in new business jets and is affordable both for new business turboprops and for retrofit into used jets and turboprops with enough flight-deck computer power to handle the processing SVS requires, according to Honeywell’s Ingram.
EVS and HUDs are also becoming common in new business jets and may well become affordable for mainstream business turboprops, adds Garmin’s Scarpone.
However, he adds, EVS and HUDs are unlikely soon to reach price points where they will make economic sense for any aircraft smaller than King Airs or TBMs.
Likewise, CVS (only now being introduced into larger business jets) is likely to remain beyond the economic reach of owners of smaller business aircraft for the foreseeable future.
In Summary…
Several other major technological advancements are also beginning to make their presences felt in business aircraft, including:
We’ll look more closely at these and other developments in a follow-on article. Stay tuned… 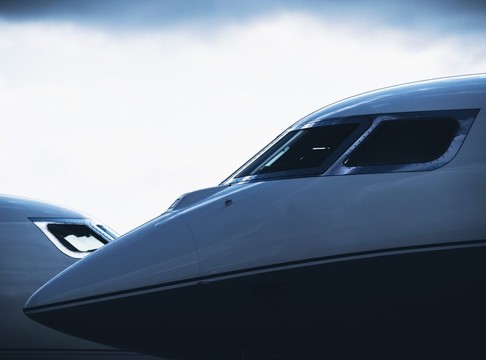 Are Your Cockpit Avionics Becoming Obsolete? 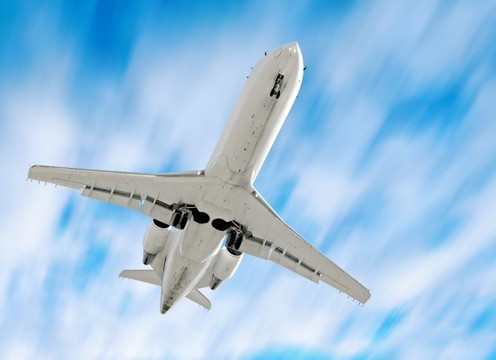 What to Know About Aircraft Tracking Systems 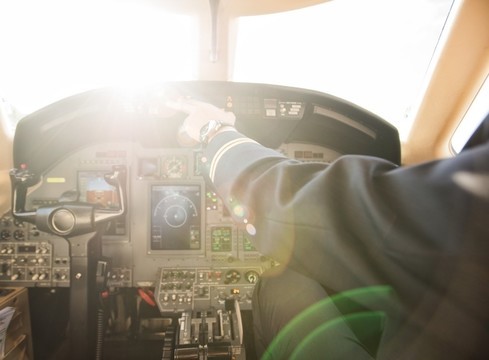