What are the major airspace plans and how do they impact all aspects of General Aviation, including business aircraft? Ken Elliot assesses the situation... 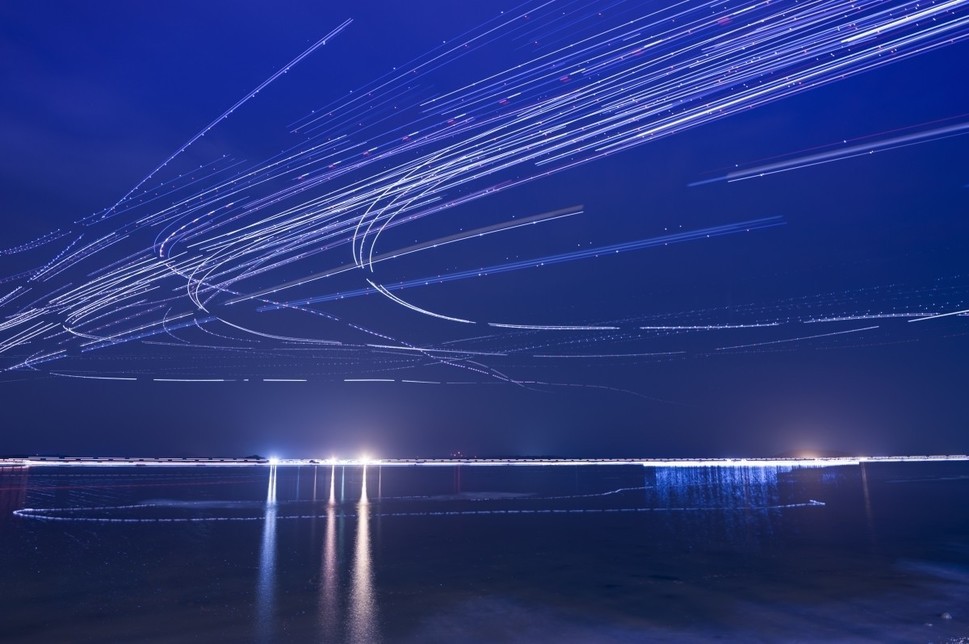 Ken Elliott discusses airspace plans and how they impact all aspects of General Aviation, including business aircraft. In a three-part series he covers the US, Europe and ICAO, respectively.

Global airspace is surprisingly integrated. This is partially because consensus-based working groups help craft and ensure the dynamic airspace technology requirements are truly globally in their representation.

Airspace plans are important to flight departments because they are an indicator of future equipage and operational requirements, details of which are often buried in the plan itself. Airspace plans, however, are influenced by industry lobby groups and may be politically driven.

As we have seen all too often, plans focused on airport throughput, capacity and efficiency to allow greater air carrier operations, require some changes in the way General Aviation operates.

A recent example within the US and utilized by at least 39 business aircraft operators is Controller Pilot Data Link Control – Departure Clearance (CPDLC-DCL).

Since last October the FAA has implemented DCL at all its planned 55 airports. Due to the program’s success, the US government has added a further seven for completion during 2019.

To be fair, however, not all plans are geared to the needs of air carriers. The implementation of Wide Area Augmentation System/Lateral Path Vertical (WAAS/LPV) approaches has been a significant benefit for General Aviation.

The success of this program is due, in part, to the rapid deployment of 3,863 LPV procedures serving 1,884 airports, of which 1,121 are at non-ILS airports. An additional 652 Localizer Performance (LP) approach procedures serve 492 airports.

Some plans, implemented or underway, are truly universal in their applicability, such as Terrain Awareness and Warning System (TAWS) and Automatic Dependent Surveillance-Broadcast (ADS-B).

Irrespective of politics and lobbying interests that may have initiated these safety and efficiency technologies, there is no doubt about their overall intention and outcome benefits.

NBAA works tirelessly for the interests of its members and along with AOPA and GAMA, supports the wider global General Aviation community. When it comes to airspace priorities, these and other GA organization help balance what might be a concentration on air carrier (Scheduled Airlines and freight) interests. As unmanned aircraft interests enter the fray, however, the future will certainly be more complex.

What are the Global Airspace Plans?

There are effectively three primary plans driving the global airspace design and user integration. These plans are multilevel, with each one covering volumes as you drill down into their layers.

From a top-level perspective they are quite similar, but with a tendency to differentiate themselves using terminology more than anything else. “Nations divided by a common language”, one might say. Yet all the same, these plans are:

Voluntary consensus-based sub-committees, representative of both government and industry, advise these plans.

Several other nations have more internally-focused or region-based plans. These include nations of the BRIC group, Canada, Australia and others. Often their plans are integrated into wider ongoing efforts, such as China’s Five-Year Plan.

These two branches compete for priorities while heavily influencing the direction and makeup of airspace planning. Both require equipage to meet forecasted changes, and both bear significant burden in cost and disruption of the status quo to achieve individual and collective goals.

As airspace and infrastructure users, the General Aviation community has a major stake in airspace development while demonstrating a keen interest in both equipage needs and operational requirements.

The Impact of FAA NextGen

Moving from analogue to digital and satellite-based technologies the FAA improves capacity and efficiency in the national airspace while reducing noise, carbon emission and fuel burn.

This transformation is accomplished through the FAA’s NextGen Implementation Plan, which is constantly revised to accommodate the shifting needle of accomplishment. More recently the FAA has added a whole new section to include a focus on the North-East Corridor (NEC), the region of airspace extending from Washington DC to Boston.

Wisely focusing on several short-term goals, the FAA hopes to make tangible headway over the next 18 months or so, with a further leap forward another three years after that.

One NEC project specific to General Aviation (to be conducted by NBAA during 2018) is participation in design and testing for vertical climb escape routes for both TEB and HPN airports.

Major areas of NextGen activity include…

Multiple Runway Operations (MRO): including both dependent and independent parallel runway operations and wake turbulence separation, known as wake recategorization. Impacts to General Aviation occur when operating in and out of primary airports where timely access is crucial. There are no scheduled equipage plans for General Aviation.

Data Comm:including CPDLC-DCL for departure clearance and later CPDLC-C for en route clearance. Supplementing voice, this popular feature is to be found first at primary and soon thereafter at secondary airports and traffic control centers, providing efficiency and faster access to GA operators. Note that in the future, equipage beyond VHF DataLink (VDL Mode 2), to include data recording, may be required.

PBN:Performance Based Navigation does include WAAS-LPV that directly impacts General Aviation equipage and operational approval. There are over 9,000 PBN procedures already in place, including those centered on Metroplexes such as LAS that will have an immediate and relevant impact to General Aviation. Typically equipage changes for GA are centered on flight management systems and associated operational approvals, providing an advantage to flight departments that regularly operate throughout these specific regions.

Below are some other PBN improvements underway or planned…

‘Established on RNP’ (EoR):is a Required Navigation Performance (RNP) procedure introduced at airports such as KDEN. This precisely defined curved approach, including aircraft separation, does not affect GA aircraft as they are not and will not be required to equip.

Time Based Operations:cover a whole host of future procedures, where the predictability of an aircraft to be at a specific airspace metering point at a predetermined time is a function of the aircraft’s ability and performance.

For General Aviation, the anticipated equipage will be some form of control to ensure a time-centric ‘PBN real-time adjustment’ of aircraft parameters to reach the metering points in a fuel-efficient manner. While newly built aircraft may find it easy to accomplish, legacy used aircraft will be a lot harder to conform to requirements.

PBN is only as good as the weather permits, so Low Visibility Operations (LVO) go a long way to enabling flights as planned by executing take-offs and landings during periods of low visibility and poor Runway Visual Range (RVR).

A future of low visibility operations, coupled to PBN continuous descent approaches (CDAs), is not far away. These may assure flight to touch down and roll out from as far as 200nm out from the airport. In fact, for General Aviation, this future is very close.

Replacing existing ground-based radars, ADS-B ground infrastructure is already complete and operational. Via a January 1, 2020 mandate, aircraft operating in airspace that requires transponders today will also require ADS-B Out conforming equipment. Correspondingly, those transponders will need to be compliant.

Aircraft with ADS-B Out broadcast their position and flight trend information to both air traffic control and other aircraft able to view the data using ADS-B In, which is not part of the upcoming mandate.

Unfortunately, with 25 months to go, as of December 2017, only around 37% of US-based business jets are equipped with ADS-B Out. With a rate of approximately 212 aircraft upgrades per month, it looks like a quarter of the business jet fleet could be grounded on January 2, 2020.

This grim picture is exacerbated by an increasing demand for Data Comm upgrades to operate in oceanic tracks and remote regions.

While not a universal mandate, Data Comm involves very specific aircraft equipage requirements centered on PBN and Data Comm (FANS) and is needed to access dedicated paths and altitudes. These phased requirements, begun several years ago, will increasingly apply to a greater number of business aircraft operations. 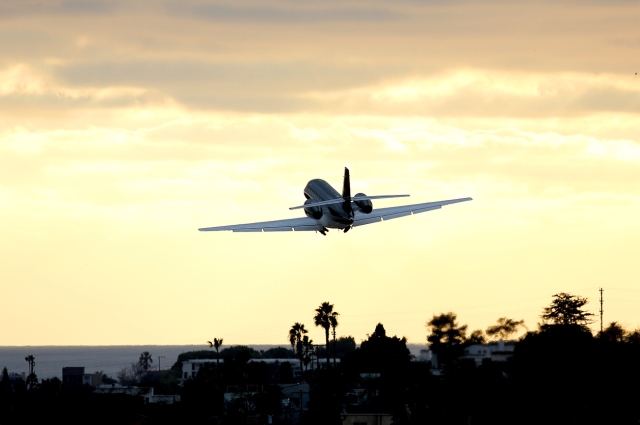 The FAA coordinates its NextGen implementations along timelines adjusted by budget constraints and the impact of reviews by the White House Office of Management and Budget. It uses industry representation to help guide its focus and priorities.

It coordinates its harmonization with ICAO, Eurocontrol and now with the FAA-RTCA’s Joint Analysis Team (JAT), and it monitors the effectiveness of each implementation, including whether equipped operators use the new procedures.

Unmanned Aerial Vehicles (UAV) are the “wild card” in Airspace Plans. With rapid progression of unmanned operations from ‘Class G airspace with waiver’ to ‘other airspace without waiver’, its challenges are just beginning.