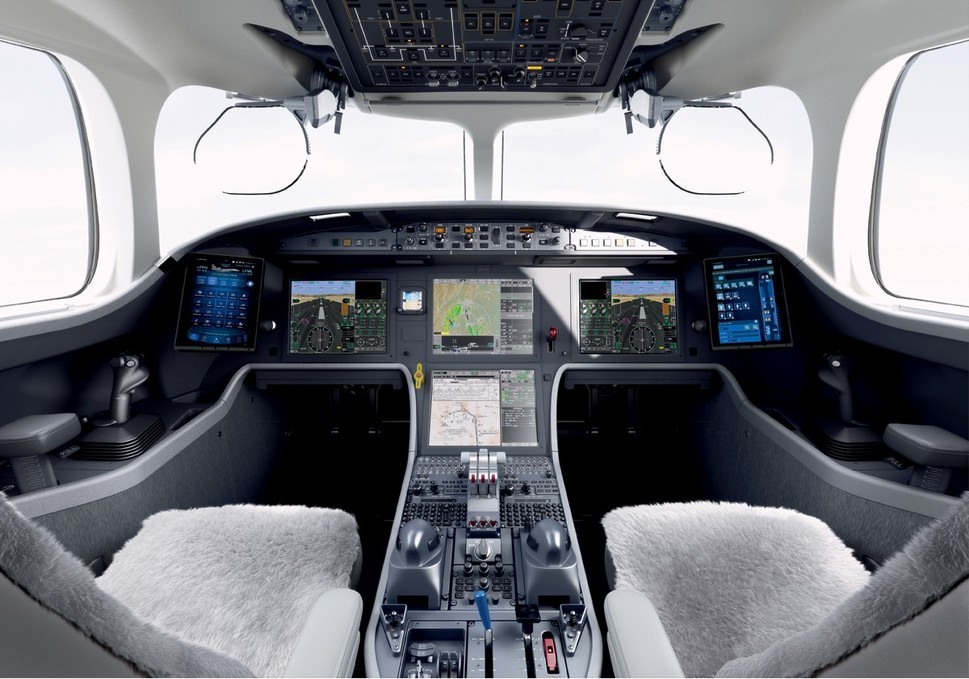 Weight has long been identified as the enemy of flight. The entire aviation industry recognised this reality right from the start, which is why aircraft designers constantly hunt for lightweight materials and components and why pilots forever juggle the mass of fuel they carry against the range they wish to fly.

Within that context it seemed strange when pilots board their carefully weight-controlled airplanes carrying arm-stretchingl loads of charts, books and manuals. That’s a bit like a motorcycle racer drilling tiny holes in every titanium bolt on the bike to shed a few grams, before enjoying four slices of fried toast and extra sausages for his or her pre-race breakfast.

One of the reasons so much paper-based information is taken aboard airplanes, despite the wealth of data available digitally in modern cockpits, is safety. Regulators rightly are keen to avoid an airplane being deprived of all navigation or problem-solving information by a blown fuse or a prematurely tired battery.

But with enough layers of redundancy and sufficient testing to satisfy the regulatory bodies, that risk can be made vanishingly small.

Dassault, with a global community of 2,100 aircraft currently in service in 92 countries, and up to 8,000 pilots rated to fly them, has put servicing that community of metal and flesh at the heart of its operation. “We are part of the history of the aircraft,” says Frédéric Leboeuf, vice-president of Falcon operational support, and uniquely placed to support the pilots.

That support includes pilot training, which is carried out by two providers – CAE and FlightSafety International. But the support has also been extended to a sophisticated electronic flight bag (EFB) solution that Dassault has been working on since 2004, with a first certified EFB in 2007.

Sphere II was designed from the start around Dassault’s core philosophy to support both pilot documentation and the aircraft performance. All of the ‘value added’ software applications are centered around that philosophy.

In the third iteration, confusingly known as Falcon Sphere II and launched as an option in 2016, it is an astonishingly capable system that automatically updates data for charts, manuals and procedures, synchronises with all other users in the same operating organization, and is far easier to use in flight than paper. And of course, it gives each pilot as much as 40lbs less weight to carry on to every flight.

In its current form the Dassault EFB is a tablet that when clipped into its dock (one on either side of the primary and multifunction displays) in the cockpit is certified for all phases of flight. It runs on Microsoft Windows Professional and has a more open architecture than any Apple equivalent.

More significantly, Sphere II presents all sorts of information about performance and navigation, weather and traffic (to name just a few), and integrates them seamlessly.

Thus a change to the fuel load will register immediately in an update to the range capability, or flag up a potentially unauthorised landing weight. Or a change in equipment after maintenance will show up in the weight and balance projection, which is plotted for every phase of a journey.

Combining information into a seamless whole is so key to Falcon Sphere that it is no surprise the former job of Benjamin Briand, Director of Operations Systems, was amalgamating not only navigation, communication and technical information on to one small screen in Dassault’s Rafale fighter jet, but also weapons, mission and surveillance information. “By comparison the four big fixed screens of the Falcon EASy cockpit are a luxury,” he says.

The integration goes further, he points out. “In the past we were focused on the flight,” he says. “Now we consider pre-flight and post-flight. The idea is to have an integrated solution so that the pilot does not need to repeat actions outside and inside the aircraft.”

Integration starts with the email or call to the pilot giving a time and destination for a flight: The pilot may start the planning using the tablet taken from the aircraft, though as a piece of expensive certified equipment removal of Sphere II may not be the wisest option. Alternatively, the pilot may use their own tablet, running Dassault’s software, for the planning phase.

The interface to the system, irrespective of how it’s accessed, is simple with an app structure familiar to any user of any phone or tablet.

Apple’s IoS is not supported but will be soon, so that pilots will be able to use iPads and iPhones as well as windows devices for planning before they climb into the cockpit.

Incidentally, the Dassault team is not as sold on the use of iPads in the cockpit as many pilots appear to be – partly because they are not as bright as might be necessary at 41,000ft, partly because their behaviour in low pressure or high temperature is not as predictable as it might be, and partly because it is difficult to make sure that all iPads are running the software version that has passed the regulatory hurdles.

Whatever the tablet used for the planning phase, though, when the pilot reaches the aircraft the route, load and other data are easily uploaded to the dedicated EFB tablet - and thus to the rest of the aircraft’s avionics.

The latest version of Falcon Sphere was built in just two years, Briand proudly reveals, and is constantly being given new features.

Other updates for 2017 include minimum turnaround times, performance on contaminated runways, and parametric tables that cater for a range of inputs – especially good for long legs where the conditions at the destination are too far in the future to predict precisely.

A new weather app also provides a huge amount of information in real time, and can provide projections for a particular time or period. Meanwhile operators can add their own apps. For example, some might want Google maps, which are then available to all their own pilots.

The aircraft performance figures are automatically filled-in depending on parameters that can be defined by the operator, such as when the aircraft’s auxiliary power unit (APU) is used all the time on the ground, for example. Operator-specific extra reserves of fuel can also be accommodated.

The idea is to minimize the work for pilots and thus the potential for errors. An attempt to plan a flight with impossible or unsafe parameters will throw up an error message, e.g., the system will notify if more fuel is needed.

“The goal is to make it all as automatic as possible,” says Briand, “but not to exclude the pilot from the loop. The philosophy is to make the pilot approve the data, even if the figures are pre-filled.”

A unique feature of Falcon Sphere II is that the system takes account of the specific aircraft, Briand adds. “Other apps do not do that – they’re generic. For weight and balance, for example, we use the exact aircraft.”

And as the manufacturer of the aircraft, he adds, “we know the weight and balance – we know the performance, better than anyone else.”

Those weight calculations can now take into account the fact that the many levels of redundancy are cutting down the need for heavy manuals and multiple physical charts.

Which means Falcon Sphere II is already about as close to the paperless cockpit as  possible. “But there’s much more functionality we will add,” says Briand. “For us it’s just the beginning.”