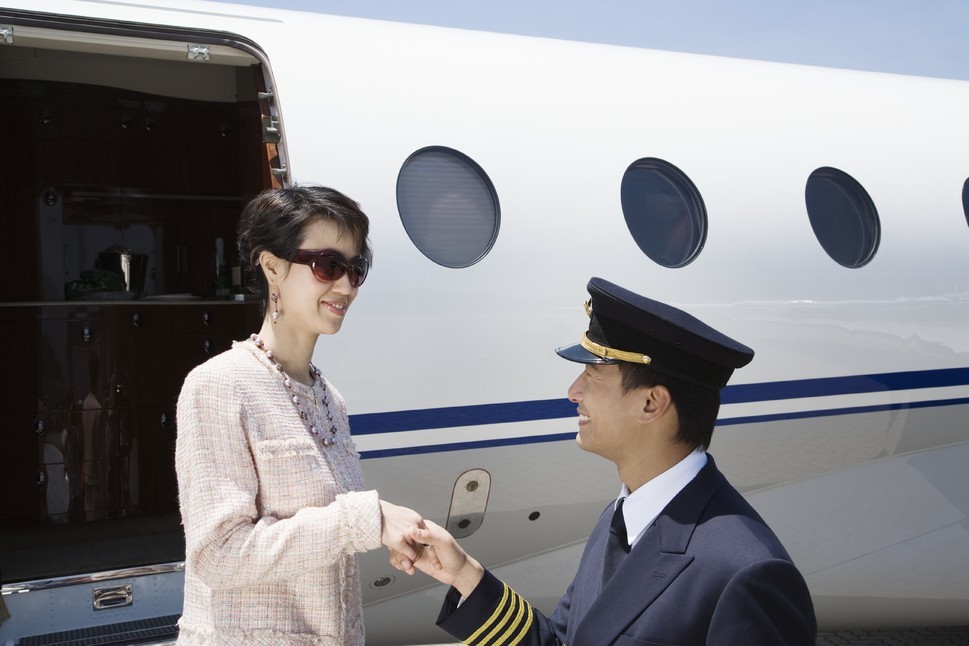 With generally downbeat reports coming out of China about its Business Aviation market, this month Terry Spruce plays devil’s advocate to ask the industry whether the Chinese BizAv bubble is about to burst…

“No, the Chinese Business Aviation bubble is not about to burst,” responds Jeffrey Lowe, Managing Director of Asian Sky Group (ASG). “It’s true there has been a correction in the Chinese stock markets, but the market over the last 12 months is still up 44% and through 2015 is breaking even. So it's not as dire as everyone makes out.

“ASG is still experiencing good business volumes from the Chinese market. In fact, the market turmoil has had the effect of spurring buyers on to purchase where they had previously been sitting on the fence. In these cases the buyers want aircraft immediately, which benefits the used aircraft market.”

Not Yet Big Enough to Burst?

Offering an interesting spin, Mike Walsh, CEO of Asia Jet adds, “There was never a big enough bubble created on China's BizAv market to burst in the first place.

"There’s been a definite and significant slowdown in new business jet orders to private individuals and listed companies, but State-owned Enterprises and Government departments for civilian services such as air rescue, police forces and coast guard have been ordering a large number of helicopters and fixed-wing aircraft to support the demand for public services.”

Walsh adds that there has always been a quietly increasing number of aviators in General Aviation taking up recreational flying with single-engine piston aircraft types like Cirrus and Diamond aircraft in those areas of China that have already allowed low-altitude flying for several years as a test bed for the whole country.

"In fact they expect to roll out a lifting of significant airspace restrictions by year-end,” he elaborates.

“The 13th five year plan from the Chinese central government that will be officially announced in November already indicates two themes: Infrastructure development by better connectivity of existing and new resources," Walsh explains. "This is led by the ‘Silk Road’ initiative which extends to the newly formed China Infrastructure Investment Bank (CIIB) which the majority of western countries (excluding US) have signed up to. It includes the ports, airports, roads, trains and liberalizing of airspace.

“The second is specifically referencing the importance of General Aviation to China’s economy and their support to grow this business and produce their own products too. So no, I don't see a bubble bursting in BizAv - perhaps some short-term consolidation of resources to expand further."

"We have had this flat period for nearly two years already," Walsh observed. "So some of us are quietly optimistic of the near-term uptick with the government starting to use BizAv services again - but that would be on a smaller scale than before…

“The hurdles are more the pace of change; protectionism coming more into the frame by Chinese companies; and possibly the continuing social impact changes of the domestic consumer market economy (evolving where a large majority of Chinese are now part of the urbanization process, which in turn has raised considerable expectations of its people who are asking more questions of its government.

Diana Chou, Managing Director of Hong Kong-based Aerochine Aviation also tends to disagree that the bubble is about to burst. “In the short term, yes - many Chinese aircraft owners are selling their aircraft because of the austerity program, and many other issues in the Chinese political and economic system. However, we are still seeing new buyers entering the market. These buyers have a real need – they’re not just buying out of vanity or impulse.

“The market will consolidate and we will see prudent buyers who have a real need to travel longer distance as their businesses expand overseas,” Chou concludes.

Taking a view from the other side of the world as this blogger must, the situation does look a little different. Many in the west express concern, but those in the Chinese region appear not to share their concern. In fact, they even seem to exhibit a great deal of confidence in the growth of Business Aviation in China.

Therefore, I have to conclude that the Chinese BizAv bubble is not about to burst – but rather growth in the Chinese Business Aviation market looks ready to continue to grow for some time to come…

Find Jets for Sale on AvBuyer