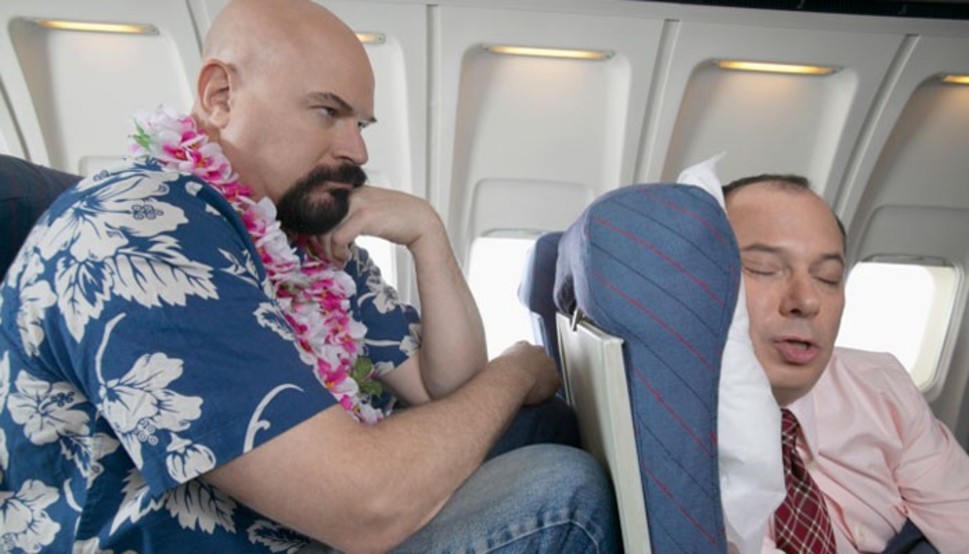 Dave Higdon discusses something we seldom hear about in Business Aviation: Air rage incidents. Do they even happen aboard business aircraft…?

Many a long-time crew member has stories to share of passengers they'd rather forget. But there are major differences between passengers of commercial airlines and Business Aviation passengers, regardless of the type of private aircraft involved.

The subject arose last month during an encounter with an old friend, an airline captain and a business jet captain. All three suffered flights that either returned to the gate, diverted to an early landing, or completed a flight with a restrained passenger –all within this calendar year.

Interestingly, all of their incidents occurred aboard commercial flights (though the business aircraft captain confessed to a couple of occasions in which he’d faced similar problems when on the flight deck of a business jet)."

“It happens, but it happens more rarely than on commercial airlines,” he offered.

At first his comment gave me pause; after all, with hundreds of thousands of flights a week, incidents on commercial airlines must be relatively rare...but, according to the International Air Transport Association, my instinct was wrong.

In almost 25% of the incidents, authorities reported alcohol use as a factor; and in 11% the unruliness involved physical aggression toward another passenger, crew, or damage to the aircraft.

The Most Common Denominator

The pilots sitting around the table shared tales of passengers becoming disruptive for varying reasons, including a professional/personal tiff with another passenger; an unhappy/unproductive business meeting; bad news from home. Yet far and away, the most-common underlying element was alcohol consumption.

Yet seldom do such passengers tip the scale of a flight toward returning to the gate (or FBO) or landing prematurely. Even less frequently is law enforcement required to meet the aircraft.

The reasons for the differences seem as basic as the differences between business and commercial aviation. Passengers sharing a business flight tend to know each other, maybe work together – and are not total strangers.

Problems almost never arise because of disputes about reclining a seat, opening a tray table, or hogging an armrest. While each seat may not have its own exclusive table, the seats aboard a private jet almost always have their own arm rest.

And imbibing in-flight? Similar to the airlines, a significant percentage of unruly business aircraft passengers became problems after a drop or two too many. It's long been known that altitude exacerbates the influence of alcohol; it's also known that sports figures, business people and the high-net worth folks who frequent many business aircraft flights can sometimes suffer from excess.

But like the other advantages of Business Aviation, the problems of Air Rage doesn't suffer the growth incidents that IATA reported for the world's airlines.