Beechjet/Hawker 400 Series – Under the Spotlight

What factors impact the value and popularity of the Beechjet 400A/Hawker 400XP on the used aircraft market? 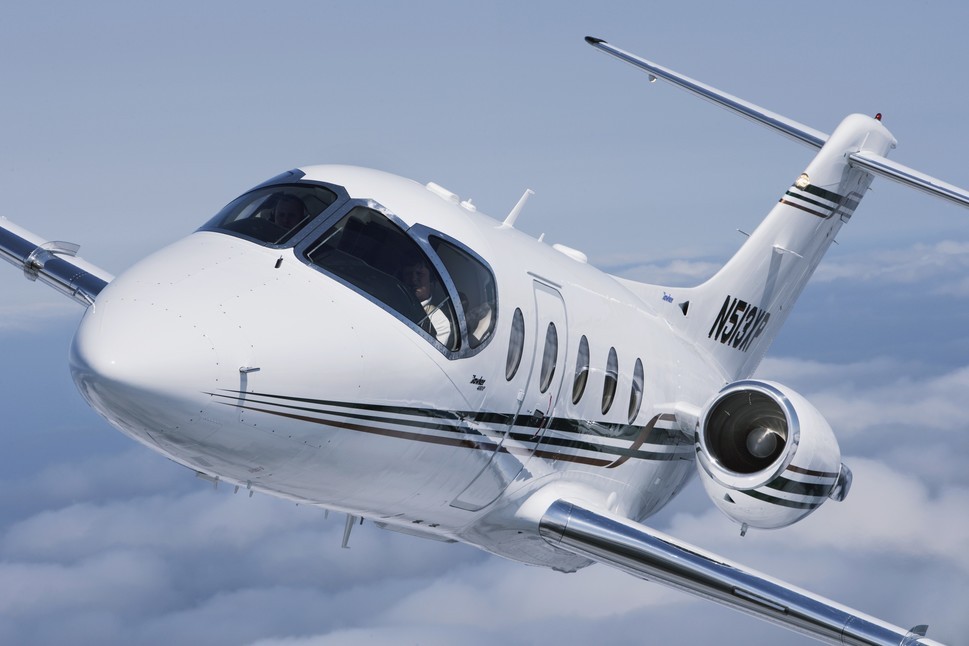 With a production run spanning almost three decades, the Beechjet 400 series/Hawker 400XP business jets have been highly popular over the years, but what will Elliott Aviation’s James Becker reveal from his snapshot of these used aircraft markets today?

The Beechjet 400 began life as a product of Mitsubishi Heavy Industries in 1982. Designated as the Mitsubishi Diamond IA, 91 airframes were produced until production ended in 1985 to make way for the Diamond II aircraft that featured more powerful Pratt & Whitney JT15D-5 engines and increased fuel capacity. These upgrades positively impacted both payload and range performance.

The Diamond II, which also featured a new upgraded interior, saw seven examples produced before the Type Certificate was acquired by Beechcraft - then a subsidiary of Raytheon. Beechcraft renamed the Diamond II the Beechjet 400.

Beechcraft produced 65 Beechjet 400s (including those original seven Diamond IIs, which were converted to 400s) before in 1990 upgrading the aircraft with increased range, higher gross weight, updated cabin, and Collins Proline 4 Avionics, among other things. Thereafter 354 Beechjet 400As were produced (excluding the 180 T-1 Jayhawk trainer versions built for the US military).

The final factory upgrade to the model occurred in 2003 when a higher gross weight brought about a renaming of the aircraft as the Hawker 400XP. Through to the end of production in 2010, there were 251 Hawker 400XPs produced, and all-in-all nearly 1,000 of these airframes were built over a 28-year production period.

Although production has ceased, this model has enjoyed a renewed life as of late. Nextant Aerospace has modified over 50 airframes with more powerful Williams FJ44-3AP engines and Collins Proline 21 Avionics.

Further, Garmin International is close to certification of its revolutionary G5000 fully integrated avionics suite in this aircraft. Elliott Aviation recently announced our 400E program which takes an existing 400A/400XP airframe and modernizes the cockpit with a Garmin G5000 and redesigns the interior to offer significant increase in useful load and upgraded passenger amenities.

The new weight-saving interior of the 400E is redesigned for more headroom, including variable LED lighting, electric window shades, WiFi and GoGo Vision for on-demand movies, demonstrating there can be plenty of life in these airplanes yet. So how are the Beechjet 400A and Hawker 400XP faring on the pre-owned market at this time?

Pricing for the 400A is ‘all over the board’. Since so many of them were used in fractional programs, there are some very high airframe times on the market, which obviously impacts the value of the aircraft.

If you’re looking to buy a Beechjet 400A, you can expect to pay between $500,000 and $1,200,000 on today’s market. Activity has been good for 2015 with 29 retail transactions. The market has been fairly active with the availability of good inventory scarce.

Activity has been light for 2015 with 15 fewer sales when compared to this time last year, thus the market for the 400XP is described as sluggish today.

In summary, we can see significant price variations within the Beechjet 400A/Hawker 400XP markets. Prospective buyers will need to research the contributing factors to the price of any specific model while sellers need to be realistic about the value of their aircraft in comparison to other similar samples on the market.