Bombardier Challenger 300, 604 & 605 used jet sales were quite dynamic at the end of Q1 2016. That trend continues into Q2 with 16 sales and 26 listings across all three fleets, notes Elliott Aviation’s James Becker...

Following, we’ll report the specifics of each market. All three models represent a good value and are viable options for the aircraft buyer looking for super-midsize and large cabin jets to meet their travel needs...

Challenger 350 jets sales have been robust since it was introduced to market. Offering avionics upgrades (including synthetic vision, dual inertial reference systems, and completely paperless cockpit), increased range, higher engine thrust, larger windows and a complete cabin redesign over the original CL300, the popularity of this model has kept the used market for Challenger 300s very healthy.

Specifically, the used Bombardier Challenger 300 jet market remains stable during Q2; listings haven’t risen or decreased over the last few months with inventory levels ‘For Sale’ at 34 units (approximately 7% of the fleet). The average asking price for the Challenger 300 remains at $11.7m.

The Challenger 604 jett was first introduced in 1996 and was produced until 2007 when the Challenger 605 replaced it. A total of 363 CL604s were produced during that time.

The market for Bombardier Challenger 604's seems to be slowing down over the past few months and we’ve noted an increase of 43 units currently ‘For Sale’ versus 39 in Q1 along with a decline in the average asking price (which currently range from $4.5m-$10.0m). Both indicate a softening market and reflect a wider picture of large cabin jet markets, irrespective of OEM, suffering at this time. 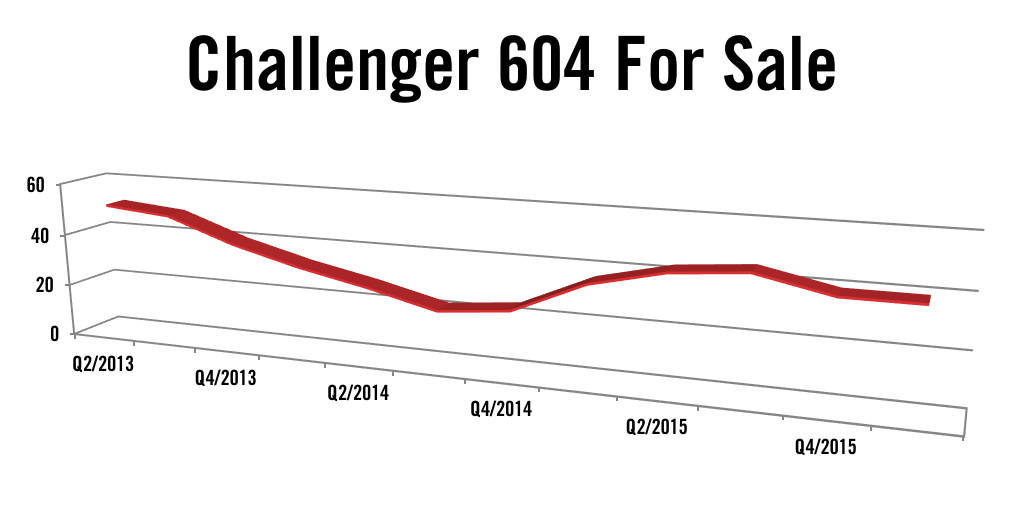 Nevertheless, there is still plenty of activity in the used Challenger 604 jet market, with eight sales recorded in Q1. According to our data, those eight sales produced an average price of $6.2m. While the large cabin markets are trending down generally, the Challenger 604 is still active, and proving to be a good value for buyers. 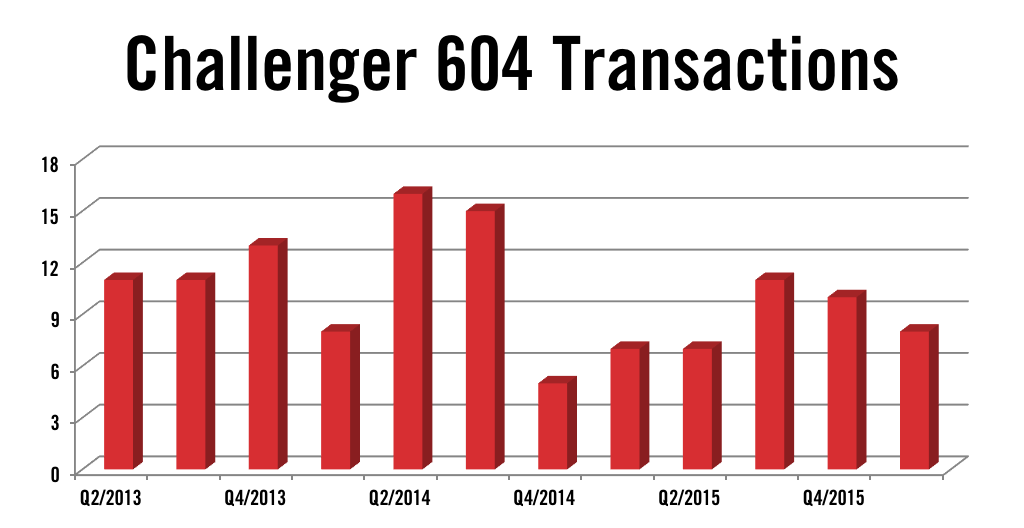 The Challenger 605 was introduced in 2007, offering larger cabin windows, better LED cabin lighting, a new cabin management system and a Collins Pro Line 21 integrated avionics suite over the CL604. In total 286 units were produced before Bombardier’s Challenger 650 replaced it in 2015.

The number of Bombardier Challenger 605 for sale has grown to 28 units in recent weeks, representing approximately 10% of the total fleet, while the average asking price has declined about 4% to $13.4m. 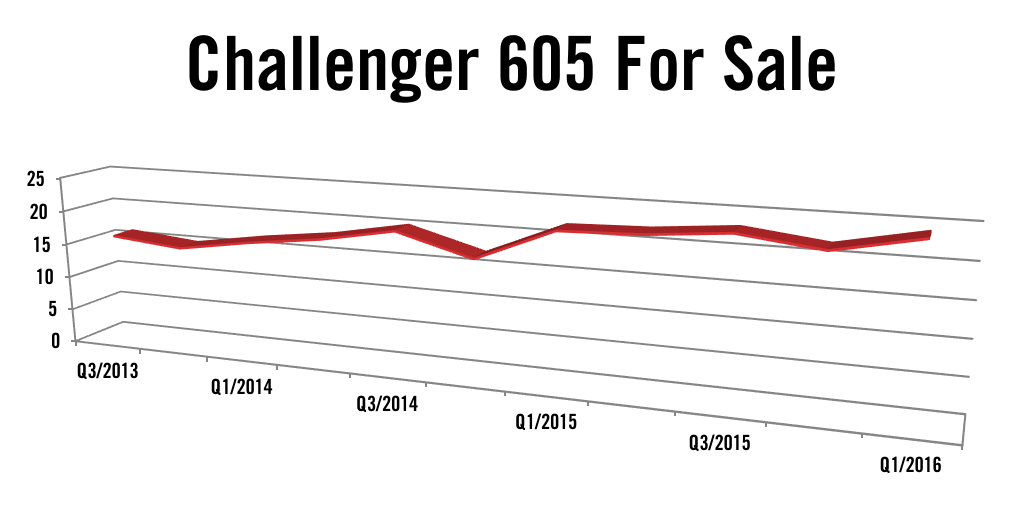 Of most concern, just one sale occurred in Q1 at a final sales price well below the asking price. Therefore, we watch this market closely for signs of improvement in Q2. 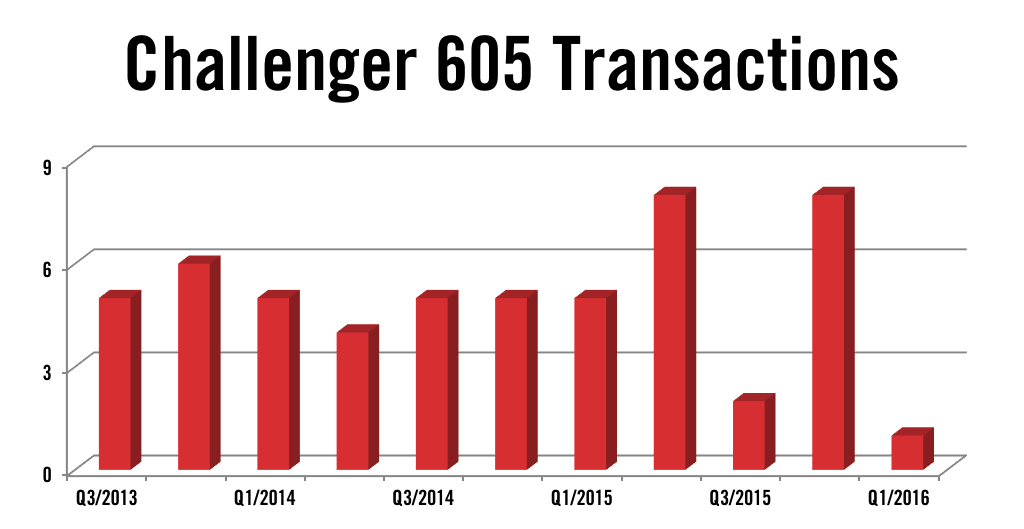