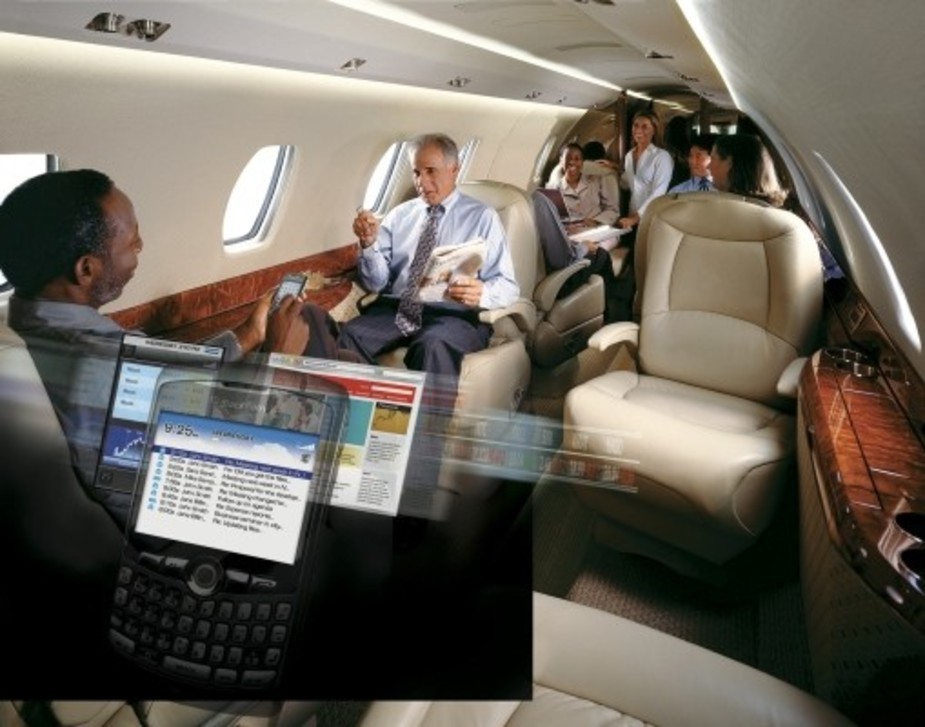 According to Mark van Berkel, TrueNorth Avionics, fewer than 10% of the world’s aircraft had connectivity of any sort just 15 years ago. In another 15 years he expects 90% of all aircraft to fly with some degree of connectivity. Dave Higdon explores how today's market offerings only enhance BizAv to shrink the globe further!

Once upon a time not very long ago, people could virtually disappear by closing the door to an aircraft cabin and departing the runway. Today, business aircraft travel has grown in its use of the technologies common in our offices and operators increasingly embrace technologies that almost completely eliminate ‘dead air’ during the work day.

As the expansion of in-flight access continues, so does the sophistication and depth of services available from within the confines of business aircraft…

These connections do everything from updating systems so they operate optimally to serving up the broad spectrum of entertainment and live teleconferences.

Bombardier's Global 5000 and Global 6000 business jets today fly with Rockwell Collins' Venue cabin-management system, providing the capability to stream programs. According to Bombardier, these two long-range jets stand as the only ‘purpose-built’ business jets capable of streaming multiple high-definition media between the aircraft and any point on the globe (excepting the poles).

Then there's in-flight-access stand-out GoGo Biz, which recently expanded its GoGo Cloud to service the European market. This wireless content-delivery network has been available in Europe for a while, and is now available at the Jetex FBO at Paris Le Bourget Airport, with installation pending by September at London City Airport's Jet Centre and Farnborough Airport's TAG.

This global connectivity benefits the flight crew, too. Beyond the automatic reporting that some aircraft employ to collect and transfer systems and flight data, the global connectivity provides an avenue of communications back to the office unavailable by radio, plus access to text and graphic weather information, including Doppler digital radar images far beyond the range of on-board, in-flight weather radar.

Advances like these and so many others in the digital communications arena help shrink the world in ways that aircraft alone cannot do.

The increased work efficiency of added communications to reach travelling colleagues anywhere were once the stuff of science fiction – much as powered flight itself was considered a futuristic fantasy just over a century ago.

Today's Business Aviation world shows positively that work and travel efficiency are not restricted to the province of near-Mach airspeeds, but a product of the near light-speed capabilities of in-flight digital access.