Benefits of WAAS GPS will only grow... 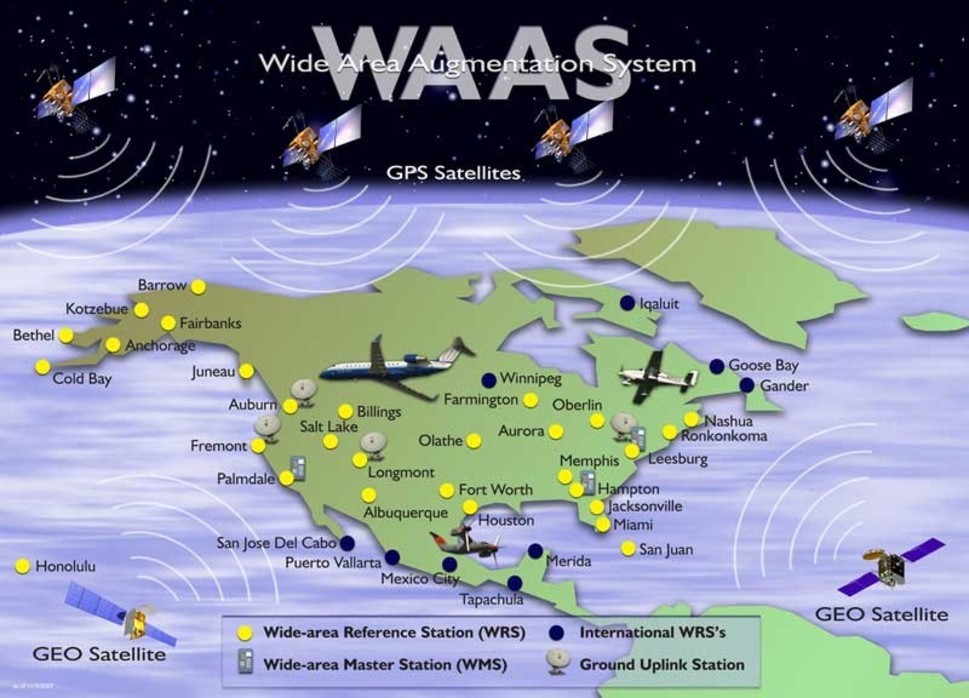 Those complaining that NextGen is making no progress fail to recognize the benefits already available from the technology that makes NextGen viable, highlights Dave Higdon. WAAS GPS is the case in point…

I recently visited a couple of pilots unhappy with the progress of NextGen. Yet at the same time they voiced their thoughts on the NextGen program being a waste of money, they were lauding their new WAAS GPS navigator and the capabilities it delivers.

I guess they never put the two together – but no WAAS GPS, no NextGen; at least not in the form we know now.

The Global Positioning System came first; early navigation satellites first flew in the late 1950s and early 1960s as part of the US Navy's TRANSIT system – a network created to locate submarines.

In 1974 America's military capped off 11 years of preparation and testing with the launch of the first NAVSTAR satellite in a constellation - but it would be several years before the full spectrum of GPS capabilities arrived, and years more before civilians got the same degree of accuracy as military users.

In 1995 the full complement of GPS satellites were flying – and the world's aviators, boaters, hikers and drivers gained a navigation system usable everywhere. Still, GPS was soft on the accuracy side.

By the time GPS was declared fully-operational, development of the Wide Area Augmentation System (WAAS) was well underway. Its promised accuracy makes WAAS GPS the powerful navigation tool that it is today.

WAAS consists of 38 WAAS ground-reference stations (WRS) that monitor GPS signals to detect position errors; three master stations to transmit error information to the ground up-link stations, which in turn transmit that correction data to three geostationary satellites in orbit over North America. These, in turn, broadcast the correction data back to the WAAS GPS navigators on a GPS-like signal.

The accuracy available allows for precision-approach procedures to as low as 200 feet but helps multiple other activities, including surveying, construction, drivers, boaters, sailors, fishermen, hikers and campers, engineers and trucking companies, railroads, runners and, of course, flyers.

No WAAS GPS? No Performance-based Navigation (PBN) – at least not at the relatively low cost of GPS.

Other navigation sources exist to provide the high-accuracy position data required of ADS-B, PBN, RNP – but ring-laser gyros and inertial-navigation sensors put the price out of reach of most aircraft owners. However, according to a May survey by the Aircraft Owners and Pilots Association, pilots who use WAAS GPS love it!

According to the survey, approximately 80% of respondents ‘agree’ or ‘strongly agree’ that the safety, access and performance benefits of WAAS outweigh the equipment cost. A slightly higher percentage agree that WAAS accuracy is ‘at least as good as promised by the FAA’.

According to the FAA, nearly 3,700 WAAS/LPV approach procedures serve the same number of runway ends at 1,790 airports; More than 1,000 of those airports with a WAAS/LPV approach lack an ILS – and many more less flexible non-precision approaches before the commissioning of the airport's WAAS/LPV approach.

About 88% of pilots responding ‘agree’ or ‘strongly agree’ that ‘at night, the WAAS vertical guidance on final approach enhances safety’.

What’s fascinating about the popularity of WAAS GPS versus the unpopularity of NextGen is that so many pilots don't recognize this major element of NextGen started delivering tangible benefits years ago.

Those benefits continue to grow!