MEET A DOOLITTLE RAIDER WHO WAS BORN TO FLY…

One of my favorite things about being a journalist-turned-aviation-salesperson is that occasionally I have the opportunity to share human interest stories. And boy do I meet interesting people in this business. Like Tom Brokaw- I find the men and women of the 1940s and 50s to be among the greatest people in American history. 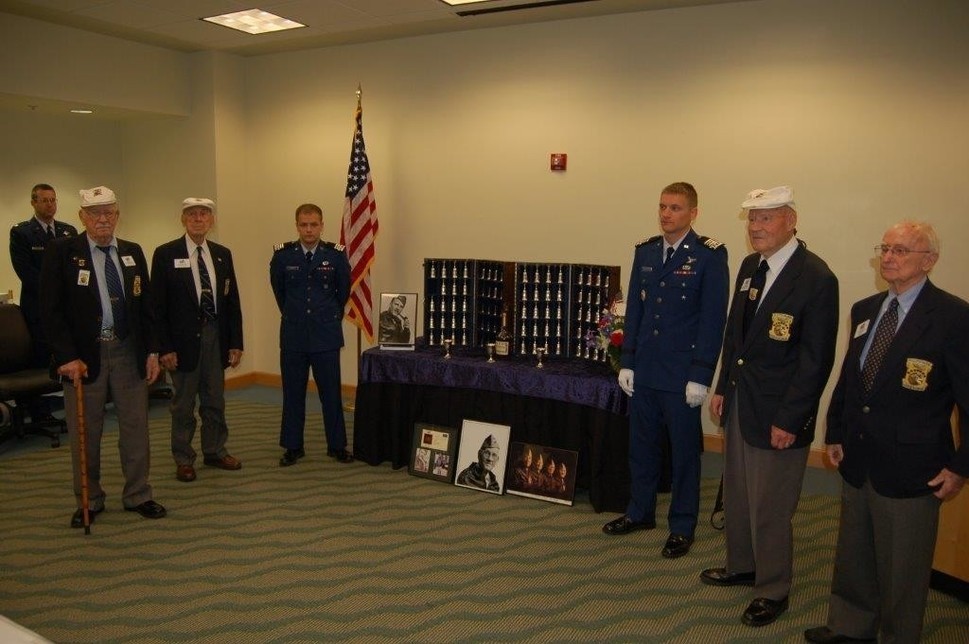 Meet a Doolittle Raider Who was Born to Fly…

One of my favorite things about being a journalist-turned-aviation-salesperson is that occasionally I have the opportunity to share human interest stories. And boy do I meet interesting people in this business. Like Tom Brokaw- I find the men and women of the 1940s and 50s to be among the greatest people in American history.

Several years ago I had the opportunity to chat with Retired Air Force Lt. Colonel Richard “Dick” Cole. Cole had always dreamed of flying- but little did he know he would end up in the right seat of the lead plane in the 1942 Doolittle Raid.

His aviation career began in the 1920s with a rubber band-powered model aircraft in his hometown of Dayton- Ohio. The winds that enabled the Wright brothers to fly were too hard on the little balsa wood and paper planes- Cole said- so the president of National Cash Register allowed the Airplane Model League of America members to fly their crafts in the company auditorium on weekends. The rest of Cole’s spare time was spent on the banks of the Miami River watching test flights at the Army Air Corps’ McCook Field.

After high school- Cole attended Ohio University- obtained his civilian pilot license- and worked as an apprentice machinist for Bill Lear while waiting to hear from either the Army or the Navy regarding his application to be a military pilot. The Army Air Corps responded first- and Cole began his career as a professional pilot.

In July 1941- he received his Second Lieutenant’s commission and was assigned to the 34th Bombardment Squadron- 17th Bombardment Group stationed at Pendleton- Ore.- flying B-52s as a co-pilot. Less than a year later- Cole ended up being the co-pilot of his childhood hero- decorated World War I veteran Jimmy Doolittle in a very mysterious and hazardous mission. More about the mission in an upcoming blog…

In the spirit of the do-whatever-it-takes hallmark of their generation- 80 airmen signed up for a mission about which they knew nothing until they were in the middle of the Pacific Ocean. Nothing- that is- except their modified B-25s could now take off from a 500-foot runway with 2000 pounds more than normal gross weight. The operation- a one-way- high-risk mission later to be known as both the Tokyo Raid and the Doolittle Raid- was designed to attack strategic military and civilian targets in Japan and then land in China. The underlying motive was to take the wind out of Japanese sails and boost morale in the United States.

My hero- Dick Cole- told me the mission held some of the scariest moments of his life. Because the commanding officer feared the fleet’s security had been compromised- the Raiders took off prematurely. This caused pilots and navigators alike to thank God for the tailwinds that propelled them to shore. Cole said his ship made it 200 nautical miles further than the navigator thought they would due to the fierce winds the nighttime storm produced. When Doolittle’s crew bailed out of the aircraft after bombing their target- those same winds and the blowing rain prohibited Cole from seeing the ground from his parachute- which was hung up in a pine tree. He created a makeshift hammock and spent the night in the tree- soaking wet and wondering how his crew—and the others—had fared. When light came up and the rain subsided the next morning- Cole was able to see that he was just 12 feet off the ground and climbed down.

He headed west toward the mountains thinking that the high ground would be the least likely to be enemy territory. Doolittle and the other crewmembers all had the same idea and met up later that day in a friendly Chinese encampment. While all 16 B-25s were lost- the crews of 14 of the aircraft were rescued and returned to Allied control. Eleven of the 80 were killed or captured.

While the actual raid didn’t go exactly as planned- the airmen’s valor and determination did put a dent in the Japanese assurance they were invulnerable. It also caused the Japanese commanders to cancel plans to attack Australia and India. Cole said that Doolittle expected a court martial upon return to the United States for losing all of the aircraft but was greeted instead with a hero’s welcome.