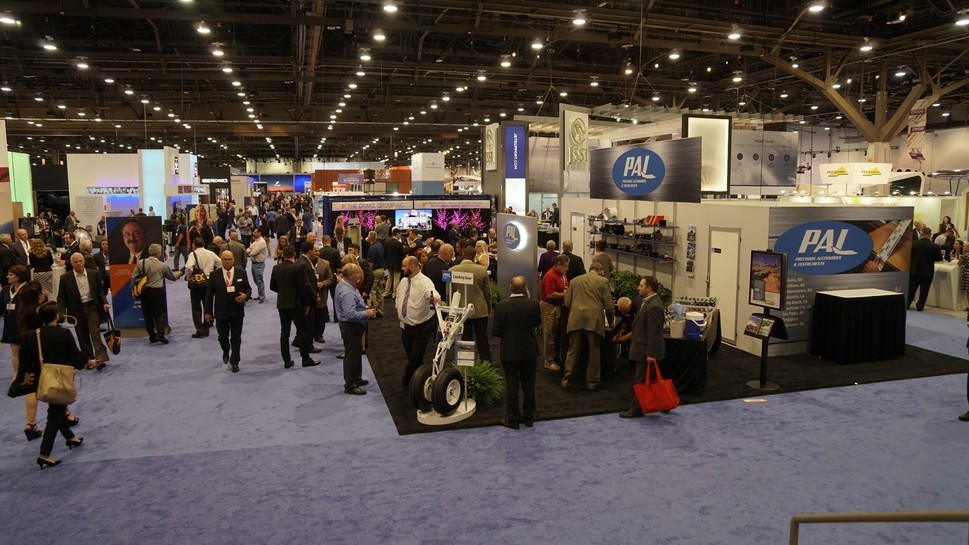 Good crowds, a good vibe, and a wall of opposition to ATC Privatization

About 100 aircraft occupied the static display of NBAA-BACE 2017 at Henderson Executive Airport near Las Vegas, while the exhibit halls comprised more than one million square feet of space at the Las Vegas convention center.

Inside the doors of the center, the floor of both pavilions swarmed with vendors, members, crew and people like you, all vying for products and improvements to their aircraft.

NBAA President and CEO Ed Bolen smiled when he told AvBuyer.com Wednesday afternoon that “every show has its 'vibe' and the vibe here has been really good.”

The mood and attitude of NBAA-BACE 2017 – the 70th convention – was distinctly upbeat. Even though the convention lacked the ‘big launch’ news of others over the years (i.e. new aircraft launches and certification presentations) delegates to this year's event reflected an enthusiasm not present in prior months.

Analysts and consultants noted similar impressions, as the throngs flowed through the Convention Center and across the static display grounds.

Prior to the convention's opening NBAA's attendance forecast predicted a crowd of about 27,000, well below past record-setting NBAA events here.

The delegates’ mood remained good, even when discussing the 900-pound gorilla haunting Business Aviation operators, pilots and aircraft owners: Efforts in Congress to wrest from the FAA the world's biggest, most efficient and advanced ATC system.

Standing Up for ATC

The meeting saw the debut of a new video featuring well-known, recognizable aviators, urging the general public to push back against the proposal in H.R. 2997. You can watch it here:

And channels were highlighted through which aviation communities can express their opposition, including www.atcnotforsale.com and phone line 833-GA-VOICE.com, connecting aviators to their lawmakers.

The crowds surging through the convention halls gave the impression that this NBAA will be known for exceeding expectations, for the many panels, forums and workshops attended, and for the 1,000-plus vendors who exhibited their wares to a welcoming crowd.

Vendors expressed their satisfaction with the level of business they accomplished during the convention.

And the delegates happily complied with new security measures imposed in the aftermath of the October 1 mass shooting. Bag checks went quickly to access the buildings, photo ID checks proceeded easily to enter the convention exhibit halls. It was not, as some had feared, a complicated process that stalled crowds arriving and generated long queues to access the convention.

Throughout the convention the vibe was positive and upbeat, with all signs pointing toward better attendance than expected to match the better-than-forecast business activity.

In essence, this was a 70th anniversary event worthy of the members and staff who made it possible.