Enjoy the many benefits of flying single-pilot business aircraft... 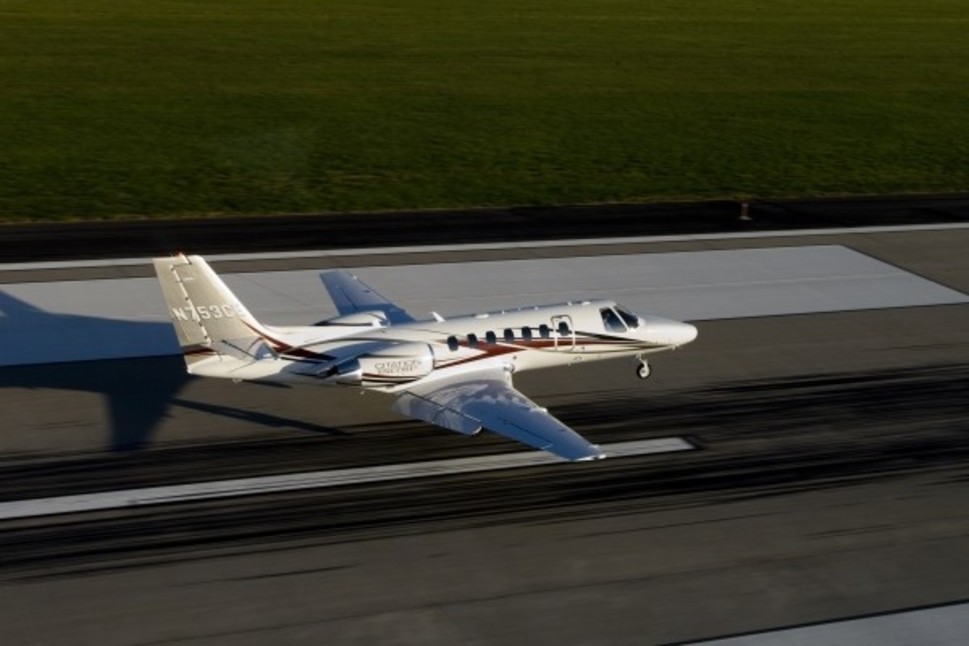 While some owners and operators choose to fly with two pilots due to safety concerns, aircraft that qualify to be flown with a single pilot can be valuable for a number of reasons. The following are seven of my favorite single-pilot aircraft for corporate use.

Beechcraft King Air 250: The King Air 250 is part of the most popular turboprop line of all time, and for good reason. Beechcraft’s King Air family includes dozens of different models. According to Forbes, “for the past five decades [the King Air] has continued to dominate the market, outselling all of its turboprop competitors combined.”

The King Air 250 model, specifically, comes with light composite propellers that are quieter and cost less to maintain than traditional turboprops. If you’re trying to decide between a King Air 250 and a light jet, keep in mind that the King Air 250, although a tad slower, burns less fuel and requires shorter runways than its light jet competitors.

Its runway performance combined with its significantly better hot-and-high performance allow it to access some challenging airports that most light jets can’t.

Pilatus PC-12 NG: This aircraft is unique in the fact that it is the only single-engine aircraft on this list. The NG model of the PC-12 features a more powerful Pratt & Whitney PT6A-67P engine with better climb performance and an increased maximum cruise speed.

The NG model also features a Honeywell Primus Apex glass cockpit, making it the first PC-12 model to be equipped with flat-panel avionics. The PC-12 NG’s winglets have also been modified from the original version.

The PC-12 NG moves more than 1,200 pounds of payload over 1,000 miles against the strongest headwinds at close to 260 knots, allowing it to be used for a multitude of purposes. From passenger transportation and cargo shipments to US Air Force special operations missions, the single-engine, single-pilot PC-12 NG can handle just about anything, making it a great option for corporate use.

Cessna Citation M2: Introduced to the market as an update for the CJ1+, the M2 was created to target owner-operators ready to step up from the Mustang. The M2 features a new cabin layout and a more efficient version of the Williams FJ44 engine, compared to those on the CJ1+, leading to increased cruise speed, improved takeoff and landing performance and reduced operating costs.

The M2’s cabin is what sets it apart from the competition, however. It’s designed by the same team in charge of Cessna’s brand new high-dollar Latitude and Longitude. The cabin includes a four-place club configuration, ergonomic design and modern interior with seating for up to seven passengers, designed with corporate travel in mind. Additional amenities include a belted lavatory, redesigned interior storage, seats that move to cater to any passenger’s comfort level and fold-out work tables.

In fact, its takeoff and landing performance is among the best in its class, allowing it to utilize smaller airports that otherwise wouldn’t be accessible.

In standard configuration, the cabin seats six passengers in well-appointed comfort, though it can be configured to seat as many as nine. The Clarity management system offers movies, XM radio, Internet and flight maps that transfer wirelessly to onboard mobile devices. Each seat has USB outlets for powering electronics, and there are 110VAC outlets in the cabin to power laptops and other larger electronic devices that may be necessary for corporate travel.

Beechcraft Premier 1A: The goal with the Premier 1A was to create a high-performance single-pilot business jet with minimal operating and acquisition costs. Its unique swept wings and Rolls-Royce engines allow it to compete with some of the fastest light jets in the industry, while maintaining low operating costs.

The Premier 1A is the first business jet to use carbon graphite epoxy as primary structure, making it one of the safest business jets on the market. It also has one of the roomiest cabins of any light jet at 315 cubic feet.

Embraer Phenom 300: The most delivered business jet in both 2013 and 2014 for a reason, through the Phenom 300 Embraer’s goal was to introduce a jet with good speed, great climbing performance, a comfortable cabin, excellent range and low operating costs.

Its range is among the best in its class at close to 2,000nm with 7-9 passengers on board, making it the perfect Austin-to-New York aircraft. Embraer is known for its exceptional fleet support, offering maintenance services, parts support and repairs, field and technical support, pilot training and a 24/7-customer-support center.

Citation Encore+: Among single-pilot business jets, the Cessna Citation Encore+ is the largest. The original Encore was already one of the most versatile in its class, and the ‘+’ progression takes it to another level.

The unique combination of range, speed and comfort makes it one of the most versatile private jets in the light jet class. It has the ability to carry five from California to the East Coast with just a single stop, with a range of approximately 1,700nm. The cabin offers amenities that are hard to find in a light jet, including a full refreshment center and fully enclosed aft lavatory.

For more information about these aircraft’s performance or operating costs, contact +1-512-868-9000 for a free copy of the Light Jet Buyers’ Guide.

Find Light Jets for sale on AvBuyer in our new jet sections by size.