With the GE93 engine being developed, is there room for a niche market to go mainstream? 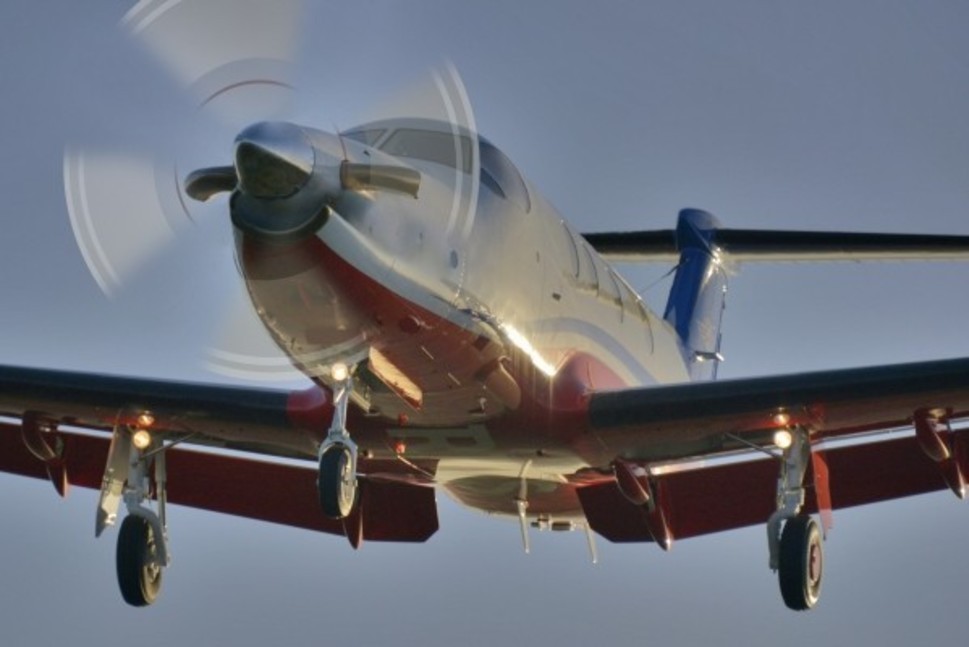 With GE building the new GE93 turboprop engine for Textron’s new (and as yet unnamed) single engine turboprop, Terry Spruce tapped opinion from the industry on the future prospects of this market in Business Aviation...

Edwin Brenninkmeyer of Oriens Aviation and Rolland Vincent of Rolland Vincent Associates were asked their thoughts on the opportunities that exist for expanding the single engine turboprop market going forwards.

Spruce: What is the future in Business Aviation for the single engine turboprop? Has the market always been there, but been kept under the radar, somewhat?

Brenninkmeyer: Far from being under the radar, the market for the single engine turboprop has been well proven and demonstrated, with nearly 1,400 Pilatus PC-12s delivered worldwide to date, to operators as diverse as the Royal Canadian Mounted Police and the US Government, the Australian Royal Flying Doctor Service and several well-known Business Aviation operators such as Hendell, JetFly and Vol Direct in Europe and Tradewinds, PlaneSense and others in the US.

With forthcoming commercial, single-engine IFR approval in Europe, this market is set to expand and - in my opinion - compete heavily in the light jet and traditional turboprop markets.

Vincent: There are currently three players in this field, if we define it as single-engine pressurized turboprops, each with its own competitive advantages.

Pilatus has very effectively challenged the King Air with its highly-regarded PC-12, with its 'go-anywhere, take-everything-with-you' design.

Daher's TBM 700/850/900 family is a ‘speed demon’. (Both the PC-12 and TBM models provide the convenience if a large rear door and a forward door on the left side of the aircraft, a feature that greatly facilitates loading/unloading.)

The Piper Meridian is a very capable turboprop with the lowest price point in the market, and will soon be joined by the new Piper 500/600.

Spruce: What opportunities exist for expanding this market?

Brenninkmeyer: In addition to the regulatory change mentioned above (which is the most significant opportunity for Europe) I'm expecting more light jet customers to migrate to this market with the advent of Part-NCC in Europe.

Furthermore, the fact that the industry-leading safety of the single engine turboprop is now so well proven and documented, and more OEMs are looking to enter this market, all means that there is greater customer awareness of this type of aircraft as a wholly reliable and trusted, cost-effective alternative to more traditional business aircraft.

Vincent: The future is definitely bright for single-engine turboprops. They are very fuel efficient and economical to operate.

With the impending EASA rule changes to all commercial single-engine IFR operations, as mentioned already, we expect a surge in orders for these types of aircraft from European owners and operators in the near future.

Spruce: From 2020 Beechcraft should be delivering a single engine turboprop (SETP). How might this effect the market?

Brenninkmeyer: While history shows that it does take time for new entrants to gain traction in established and proven niche markets, the advent of new entrants is a clear and very welcome vote of OEM and industry confidence in the single engine turbine arena.

This will help further promote this sector to move from niche to mainstream, which can only be good news for consumers who seek safe and reliable value for money in Business Aviation.

Vincent: From what we understand, the new Textron SETP will compete directly against the PC-12 with a larger cabin cross-section, higher speeds, lower operating costs, and higher engine maintenance intervals of the new GE93. The competition in this space is increasing, and owners/operators stand to benefit.

A new large turboprop engine is long overdue to compete against the near ubiquitous Pratt PT6. GE has an opportunity to make significant competitive inroads with its next-gen GE93 design. This will no doubt pressure P&WC to look at upgrades to its PT6 family to maintain its market leadership.

Expect Pratt to fight hard to make sure they protect their PT6 franchise - and cash cow!

Is the GE93 a Czech-mate by GE? No - but the competition is heating up (finally, after years of drought) and these investments will enable new and improved turboprop aircraft for many years to come!