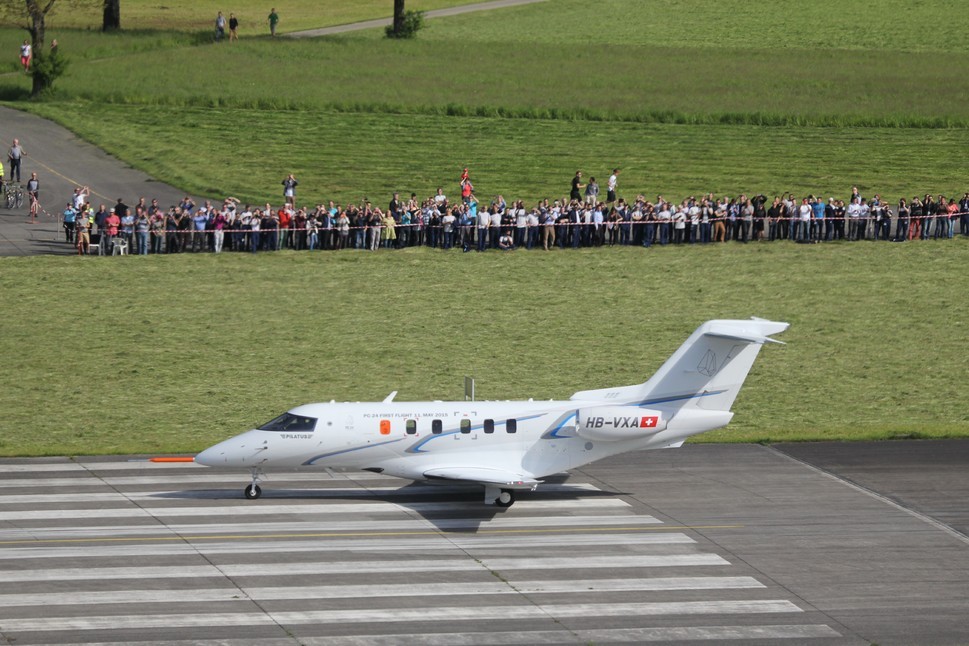 Last week Dave Higdon discussed some of aviation's latest new airplane projects to win type certificates, along with projects expected to win their wings through 2017. There's plenty more ahead, though, from new and familiar Business Aviation names alike…

Pilatus, for example, known for its rugged PC-12 turboprop, began flight testing its first business jet on May 11. The Pilatus PC-24 designers used input from PC-12 customers to develop a jet with many similar traits, including an oversize cabin door for outsize items, and an expansive cabin for a jet of its category.

The Pilatus PC-24 also gets the Pilatus PC-12's ability to handle rough and unimproved runway strips, while the PC-24 also boasts enviable runway performance for a light jet of its size: 2,690 feet for takeoff and 2,526 for landing (with a range of up to 2,000nm in between).

There are more new projects from new and ‘nearly-new’ Business Aviation OEMs, too.

Regarding the nearly-new, Nextant Aerospace expects certification of its new remanufactured Nextant G90XT twin turboprop by the end of June. Scroll down to see the video. The G90XT joins Nextant's 400XTi light jet that’s been flying since 2013. Nextant will then look to add a third remanufactured business-turbine aircraft: A second, larger, longer-range jet. So keep your ears open for that announcement when it comes.

Elsewhere, the original Eclipse Aerospace morphed into Eclipse Aircraft after customers bought the original firm's assets following Chapter 7 bankruptcy. And now Kestrel and Eclipse have become one - ONE Aviation to be exact - offering two products. ONE Aviation starts life with a veteran executive and an established jet in production.

Whether the union thrusts ONE Aviation into a stronger single firm depends on attracting more buyers to the VLJ and attracting investors and buyers to the single-engine turboprop. And those outcomes depend on the growth and strength of the economy - an economy which recently has shown only slight interest in expanding business aircraft use.

Meanwhile, the process of progress continues as always. Who knows what new aircraft might emerge from Oshkosh or NBAA? There’s no doubt, though, that the cycle repeats…!

Find the latest jets for sale on AvBuyer.