Not to drone on, but it's long past time to introduce UAS rules... 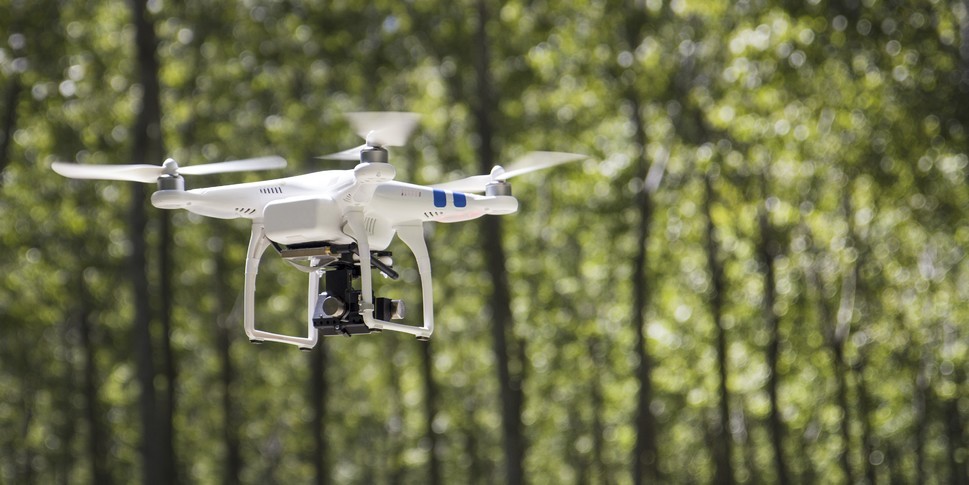 As drone problems proliferate the DOT and FAA made some welcome progress on the drone-safety front over the past couple of weeks, summarizes Dave Higdon.

The first progress on the drone-safety front came the week before last from our friendly aeronautical agency: The FAA fined a New York City operator $1.9m for numerous infractions involving flights-for-hire and airspace violations.

Secondly, this week (and even better news in some ways), the DOT announced its intention to require registration of drones flying in the National Airspace System... after Transportation Secretary Anthony Foxx appoints a task-force consisting of 25-30 representatives from industry and government organizations to develop the registration process.

Foxx and FAA Administrator Michael Huerta charged the group to advise the government on which drones to exempt from registration (due to a low safety risk) while working together options for the registration system. The goal would be to simplify the process for commercial operators. There’s a November 20 deadline for completion of the task force's report.

A functioning system is desired before the Christmas holiday season begins, when retail analysts predict as many as one million drones will land beneath Christmas trees, in stockings, etc...

Why’s This Good News?
These two steps represent long overdue efforts to rein in profligate violations of FAA drone-operation guidelines and regulations – for fun and for hire. Few things other than a healthy hit on the wallet speak louder to discourage an activity requiring a firm hand.

The announcement of the $1.9m fine came the same week as a hearing held by the US House Committee on Transportation and Infrastructure's aviation subcommittee, talking about the safe use of drones – or unmanned aircraft systems (UAS). As FAA fiddled away more than its usual time between a Notice of Proposed Rule Making (NPRM) and a final rule while violations and airspace clashes proliferated.

According to some authorities, encounters between passenger aircraft and UAS this year look set to approach the 1,000 mark (that's 1,000 near-collisions).

From reports of Business Aviation pilots visiting Wichita, these close encounters of the drone-kind have them unsettled and wary while performing every take off and landing. “Even a tiny drone could be fatal if it got sucked into an engine inlet of my jet,” one noted.

Ed Bolen, President & CEO, National Business Aviation Association, following the October 7 hearing noted, “It is now more apparent than it's ever been that we urgently need guidance, through the established rulemaking process, which produces a national regulatory framework that enhances safety and creates a reliable set of operating procedures for UAS operators and the broader public alike.”

One major point of focus during the October 7 hearing was failure of the FAA to meet a mandate of September 30 as the deadline to implement regulations governing the use of small UAS (S-UAS). Congress set that deadline three years ago!

The agency issued a proposed framework earlier this year, but is still working on final rules – now expected sometime next year. Huerta emphasized that the guidelines in place are designed to provide a measure of safety and uniformity in operations, but the FAA has done little that seems to cause violators to take notice of the potential penalties.

In his testimony before the House Committee, Deputy Administrator Michael G. Whitaker noted, “FAA does not underestimate the importance of integrating the range of UAS technology into the NAS (National Airspace System), but there are significant safety challenges that must be mitigated for this to occur.”

Meanwhile, registration is the next step in a process running far too long for comfort.

And the intent is to make it meaningful for both operator and agency. “Registration will help make sure that operators know the rules and remain accountable to the public for flying their unmanned aircraft responsibly.” Huerta said. “When they don’t fly safely, they’ll know there will be consequences.” Foxx added that those who fail to register their drones will be subject to penalties.

After registration, June 17 is the new date for the FAA's UAS rules.

Tick-tock, tick-tock: like Christmas for a child, drone rules can't come too soon! What are your thoughts on how best to regulate the 'drone threat'?