Do your business aircraft passengers know the drill? 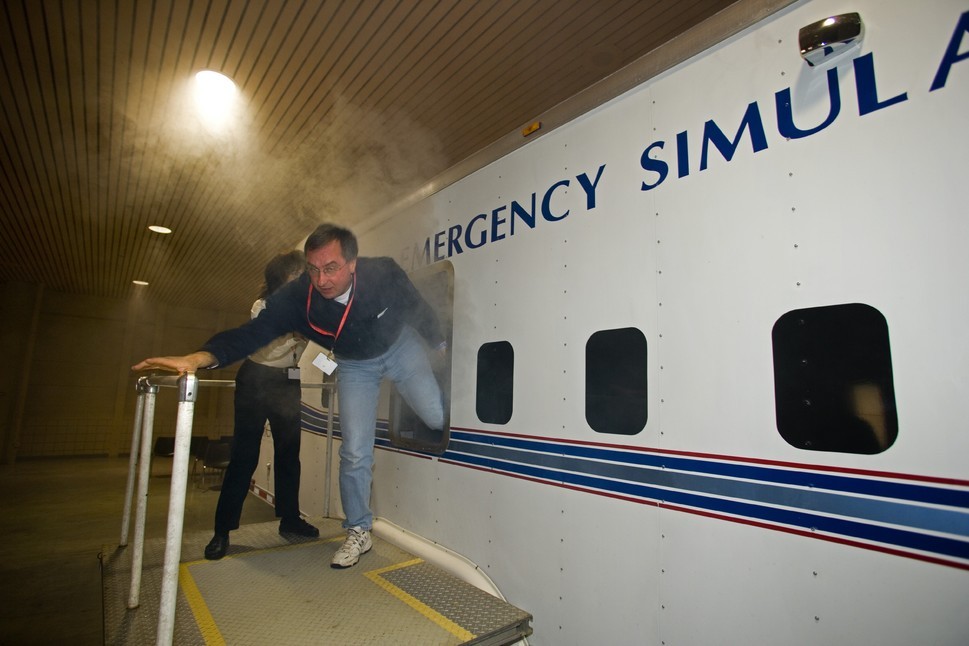 While not a Business Aviation event, BizAv pilots and managers were among the most agitated in the noisy discussion surrounding the recent Dynamic Airways 767 fire at Fort Lauderdale International Airport, notes Dave Higdon. Buy why…?

Some of the most audible voices serve in government safety positions at the Federal Aviation Administration and National Transportation Safety Board, and what caught their attention should concern anyone who pilots or operates any aircraft – whether in Commercial, Business or General Aviation.

Some of what the videos and photos reveal confirms a certain thinking about emergencies that's not proportional to the urgency of the crisis, while some illustrate a failure to follow procedure. Other elements show a degree of selfishness that, fortunately, didn't manage to entangle otherwise innocent passengers in what could have been a fatal disaster. Let's elaborate...

Several stories breathlessly related how the passengers quickly evacuated the flaming airplane after an engine caught fire. All 101 passengers plus crew exited the 1980s-era Boeing 767 in under six minutes. SIX MINUTES! Sorry, but that's FAR from impressive, that kind of time was potential deadly!

When Boeing conducted evacuation tests on the 767 more than 30 years ago, the full load of passengers and crew used only half the available exits; the others were blocked off to simulate structural failure or a fire on that side of the aircraft. And if the full load had needed six minutes to evacuate via half the exits, Boeing's test would have been a failure.

The standard is just 90 seconds!

Next, sharp-eyed safety proponents reflecting on the 767 fire spotted the slide deployed from the main passenger door on the port side of the forward fuselage – the side on which the fire had ignited and quickly started to spread.

The signs, the briefing cards, the flight attendants, and even common sense dictates keeping doors closed on the side with a fire.

An open door or window exit on the burning side can let sparks, smoke and fire enter the main cabin.

Further, as one former safety board staffer noted, even if no smoke enters that open door or window exit some passengers might take the opening as a safe way to flee...directly into danger – when the idea is to evacuate AWAY from the blaze.

The other disturbing sight on the videos showed passengers moving away from the burning aircraft carrying cases, clothes bags, roller bags and other luggage. That's a third violation of evacuation protocols and another one that puts other passengers at risk. As one former safety board staffer put it, “Life? Luggage? Tough call…”

What idiocy, adding time to the evacuation, risking puncturing a slide, or blocking an aisle or exit!

Emergencies are not an invitation to an ‘every-passenger-for-themselves attitude’. Miraculously, despite all these departures from standard actions, only 21 people were taken to a local hospital for treatment of injuries – the worst being a head injury suffered by a man who fell while running from the burning Boeing.

Be Smart From the Start!

On occasion my work lets me fly with another pilot. I'll sometimes have to ask the pilot to brief me on emergency procedures – something skipped because of an assumption that it will insult me, a pilot, to be briefed on emergency landing and egress actions. Even if it's an aircraft I'm experienced in, it's the pilot-in-command's job to brief all the passengers on the prospect of an emergency.

In Business Aviation the aircraft rarely carries even high single-digit passenger numbers, but it still may take effort to brief all the passengers and elicit their acknowledgment of:

• How to open the cabin door – and when;
• How to use other exits – and when;
• Why to leave the bags; and
• A warning to stay strapped down and secure until the pilot – or captain – gives the order to move.

When that order is received, move quickly, methodically, and with respect for the other souls equally interested in staying alive.

Computer back-ups can replace data, the department store can replace the wardrobe, but no one can replace the lives of the passengers who trust us with their lives when we fly them. We should value and respect them enough to be certain they know the drill should things get hot…

Have Your Say? join the conversation via the Comments Box below