You Should Have Been There! 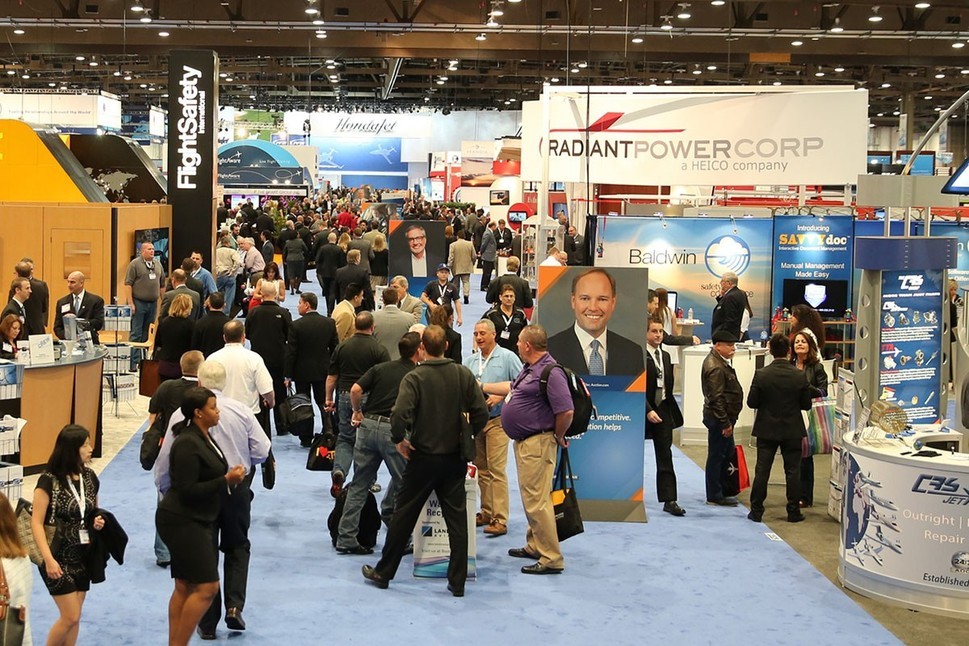 This year’s NBAA Convention will slide into history as "one for the books", summarizes Dave Higdon from Las Vegas. Those who weren’t there should have been. Here’s why…

While our friends at NBAA have yet to provide a final attendance tally (as of this writing), it's been another Annual Convention for the books this week! At least, it has been if you’re judging by the swarms of attendees on the convention floor, the lengthy taxicab queues, the waits for shuttle buses to the various hotels, and the smiles on many of the vendors’ faces.

Those who pay attention will know by now about the two new Citations that Cessna launched (New Citation Longitude and Citation Hemisphere) and the company's partnership with GE on a new turboprop engine for an as-yet-unlaunched propjet single.

You will have heard the news from Bombardier, Dassault and Gulfstream; and caught the avionics advances unleashed by numerous vendors along with the strong words from the FAA Administrator about the approaching ADS-B mandate in 2020.

We learned of space-based Internet-access improvements from Capt. Kirk himself!

There were announcements of advances in hourly-based maintenance coverage, new STCs for Cessna Caravans and Beechcraft King Airs, improvements to Pilatus PC-12 NG airplanes, the advancements to ONE Aviation’s Kestrel turboprop - and I hope you didn’t miss the luxurious light-sport amphibian and bush plane to take you into the back-country.

As my publishing colleagues all know, there's much to be read on websites and blogs such as this one. What many don't realize, though, is what you miss out on when you don’t attend - in person, wearing out shoe leather, walking the expanses of the convention halls, static displays and attending the sundry after-hours business and social events.

If you weren’t there, you missed out on the one-day single-pilot safety standdown NBAA stages the day before the convention opens – and the safety forum held on the final day. You missed seeing and touching new products, and learning first-hand how new services can improve your flight operations or maintenance efficiency.

And you missed a chance to embrace the camaraderie sparked when tens of thousands of aviation aficionados gather in a single place to share knowledge, stoke their passions for flight and reconfirm their understanding of aviation's benefits to businesses and individuals alike.

It's a pity if you missed the 2015 NBAA Convention. There's always a slightly different vibe, a difference in energy when we gather in Las Vegas - the glittering monument to humanity's passion for chance and calculated risk, to gaudy entertainment against the persistent sounds of slot machines, to celebrating winners at the gaming tables and the aromas of foods as diverse in style as aviation is in adherents.

Sure, we'll do another NBAA in 2016, back in Orlando, where the weather will probably be warmer, the winds calmer, and the attractions will be as diverse as in Vegas – albeit without the depth of entertainment and games of chance. It’s not that next year won't be as good, as strong or as supportive of Business Aviation. It just won't be what was missed this year – because this year will never come again.

Thankfully, however, Business Aviation will continue, despite downturns and setbacks in the markets, because if there's one thing to take away from every NBAA Convention it's the passion and dedication of those of us who believe the world benefits from the existence of aircraft, pilots, the technicians who maintain the hardware, and the cabin staff who help make en-route time comfortable and efficient.

You should've been there. Sure, there will be another NBAA – but not another one quite like this. We do hope to see you in Orlando - don't make the same mistake twice.

And for those we did see this year - it was great seeing and learning from you all!

To Ed Bolin and his staff at NBAA, great show, good job. We look forward to doing another convention next year.