What's the Future For BizAv Technology? 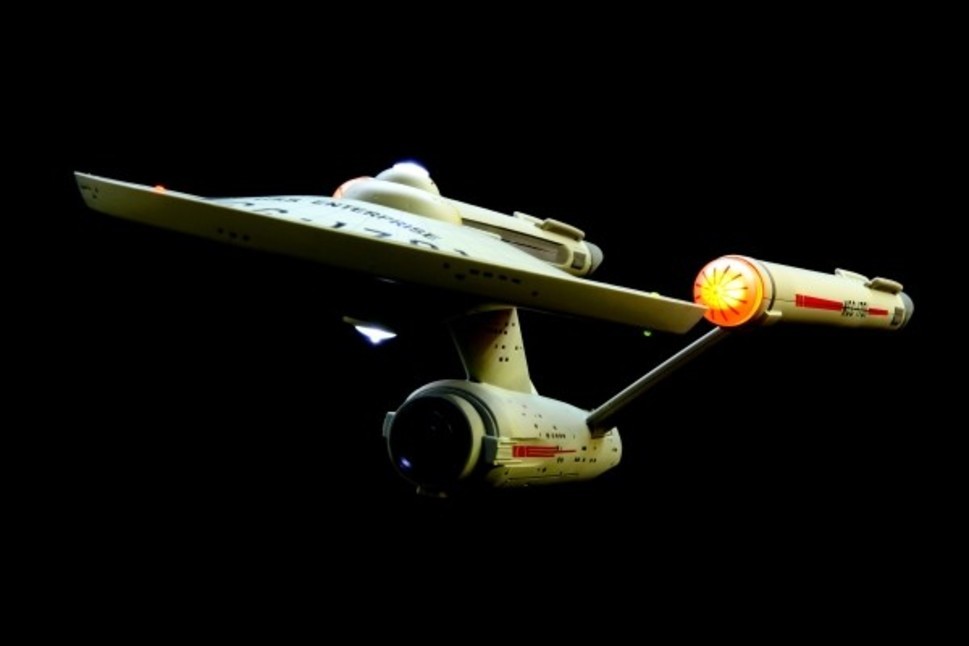 Recent research for business aircraft could soon allow Business Aviation cockpits to take on the characteristics of the command bridge of the Starship Enterprise, highlights Dave Higdon. What's in development...?

From the original television series through all the various incarnations that followed, generations of viewers of that fictional spacecraft have previewed technologies that later became reality.

In a scene in the fourth of the first generation Star Trek films, Scotty tries to use a circa 1985 desktop computer to show a Plexiglas manufacturer the then-unknown formula for ‘transparent aluminum’. Scotty does what he normally does on board the Enterprise: He talks to it.

Shaking his head the Plexiglas manufacturer hands Scotty a [then-novel] computer mouse. To which Scotty directs his verbal command. Eventually the Plexiglas guy shows Scotty how to use the mouse. "How quaint and clumsy", Scotty notes.

On the film's release in 1986, using voice to command a computer was still science-fiction; the mouse was new, as was the advancement in operating systems to use on-screen graphic icons to launch programs and commands.

Today we wear watches to communicate through pocket-sized smartphones, our voices increasingly command our smartphones, our tablets and notebook computers. These advances followed a revolution in cockpit technologies bearing an uncanny resemblance to the bridge of the Starship Enterprise on Star Trek: The Next Generation.

And there's more coming our way, in Business Aviation especially.

Business Aviation long ago began serving as the introductory point for new, cutting-edge systems and equipment in aviation. That march continues even now. If Honeywell and other researchers succeed in their efforts, soon our flight deck systems will respond to voice commands in much the same way as the Starship Enterprise crew controls its electronic brains in the sci-fi world.

Research already underway could produce systems driven solely by the commands that we think, without ever speaking a word. What Honeywell and others pursue goes beyond even the sci-fi realms of Starship Enterprise.

Already Honeywell has demonstrated using neural control to command the flight of simulators – and successfully used neural control of basic roll and pitch of a King Air: just think about the maneuver, the aircraft responds.

Also in the works, other sci-fi type technologies that use textiles as damage sensors and which use light through fiberoptic conductors to transmit commands between the input device and the operating activator.

Considering that powered flight only came into existence 113 years ago – 66 years before man first landed on the moon – it remains awe-inspiring to see how Business Aviation continues to provide a fertile field for innovation and advancements in technologies that would leave Dr. Spock unsurprised – because, they are logical extensions of where we started in 1903 (i.e. making reality that which had for eons been the stuff of the imagination).