What's Not to Love About Turboprops...?

Is there an advantage to flying a turboprop? How has Blackhawk Aerospace provided a way to get even more out of King Airs? Jim Allmon shares how and why he fell in love with propjets...

Jim Allmon is founding partner of Blackhawk Aerospace. Prior to founding Blackhawk, in 1999 Jim served... 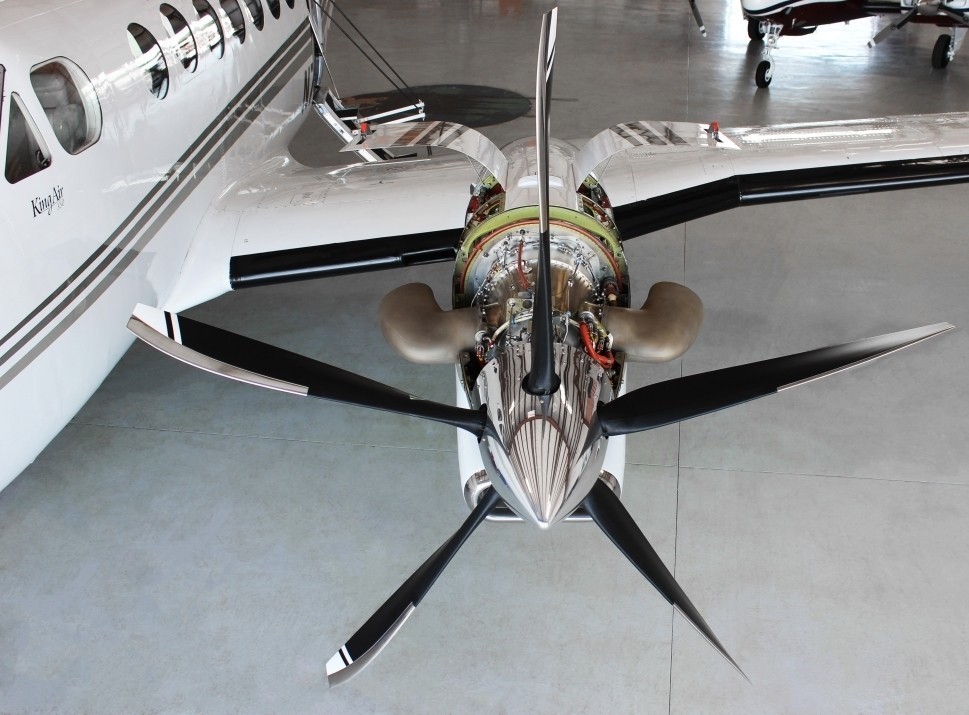 Growing up, like most of you, I would look to the sky every time an airplane flew over. I still do. But of course, the sight of a Learjet flying over was always a special treat. Back then, all corporate jets were “Learjets” to me.
Once I became a pilot, my dream was to fly jets, any jet, it didn’t matter which. Eventually, I achieved my dream and flew a Learjet 24D for a few years. What a ride! There was nothing like tooling along at FL450 on a beautiful winter day doing 0.82 Mach, turning a lot of jet fuel into vapor! I felt like I had arrived.
Then the day came that I got a King Air check out. I loved the airplane immediately; its simplicity, its solid feel and its roominess compared to the ‘executive mailing tube’ of the Lear 24 and the Citation 500. I was impressed with the ramp appeal which towered over the small jets; that huge air stair door that – when you stood at the top – enabled you to literally look down on other aircraft on the ramp. I loved the design of the PT6 engine that made bird FOD a near impossibility.
The turboprop often gets overlooked by those distracted by the glitz and glam of the ‘private jet’ lifestyle - and who could blame them? Movies and TV have led us to believe that private jets are the crème de la crème of travel. But in my opinion the allure dwindles when you consider a jet’s limitations (not to mention the optics of flying around in a private jet in today’s volatile political environment).
Turboprops, especially those with the Blackhawk upgrade, deliver elite performance and functionality at an economic value that comparable sized jets can’t match.
The Turboprop you Know, The Performance You’ll Love
The reduced operating costs of a King Air have always been their main advantage over a jet. Even so, they’re so much slower, right? Even the old Citation 500 was faster than most turboprops in the 1970s and 1980s. But with a range of only around 800nm it was also limited on what it could carry.
Eventually Beechcraft came up with a solution to compete with the Citation series. The King Air 300/350 would bring the turboprop market back to life with a vengeance. Suddenly there was a 300+ knot airplane that could carry eight people, plus baggage, more than 1,200nm in four hours or less.
I challenge you to name a Light Jet or even a Mid-size Jet that can do that today at the same cost. Yet, as great as the King Air 350 is, Blackhawk made it even better.
The Blackhawk 350 upgrade includes factory-new PT6A-67A engines as well as new MT 5-blade composite propellers. Not only does this power pairing allow your King Air 350 to climb to FL350 in just 18 minutes (something many jets cannot do), it also delivers jet-like speeds at turboprop costs. With the XP67A, your King Air 350 now boasts a maximum cruise speed of over 332kts, making it the world’s fastest King Air.
At full fuel, your King Air 350 with -67A engines can carry 62% more weight than a Citation CJ2, and it can do so with a more spacious cabin. King Airs can safely operate on far shorter runways, allowing access to many more airports giving you more flexibility to get closer to your destination, saving time and money.
Economic Considerations
The cost-saving advantages of the turboprop hold true with the Blackhawk upgrade. Purchasing a pre-owned aircraft, you might initially spend more on an upgraded King Air 350, but the higher acquisition cost is negated by a savings of about $210k per year in operating costs compared to most similarly sized jets. Reduced fuel consumption, lower ramp fees, lower insurance costs, and much lower maintenance costs are just some of the benefits.
And finally, we come to resale value. Engines are the primary value center of turboprops and jets alike. An XP67A King Air 350 holds its resale value well. To highlight this, our STC test plane was a 1991 King Air 350 that sold for $3.3m after the upgrade!
Final Approach
At the end of the day, there will always be those who just want to fly a jet, regardless of the cost. But for many savvy operators, I would argue that the King Air will always be the best airplane ever built.
More information from www.blackhawk.aero 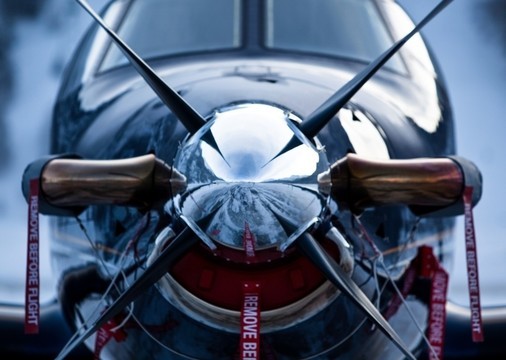 What is Turboprop Engine Maintenance? 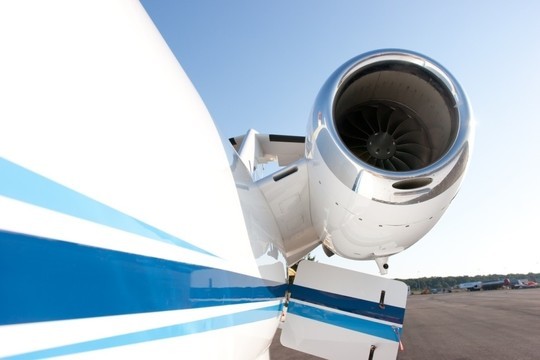 Is a Bio-Fuel Future Realistic for BizAv?