A world-renowned name, Rolls-Royce is a market leader in the production of aviation engines. But what is the company doing to stay at the forefront of aviation, and how will this benefit Business Aviation in the future?

It was a Rolls-Royce powerplant – the AE 3007C1/C2 – that enabled the Cessna Citation X/X+ to hold the title of the fastest civilian jet of its day. Later, the BR725 propelled the Gulfstream G650/650ER onto the Ultra-Long-Range jet scene as the longest-range business jet at the time. And now its Pearl 700 engine will enable the Gulfstream G700 to fight it out with Bombardier’s Global 7500 at the top of the Ultra-Long-Range jet market.

However, the company’s focus on the aviation market goes much deeper than merely producing engines that enable jets to fly further and faster. For example, a look at Rolls-Royce’s IntelligentEngine concept shows a much more holistic view of the market and its needs.

Using it to not only design and test new engines the company is developing, but to maintain the engines Rolls-Royce already produces, with IntelligentEngine the company creates a “digital twin of our engines in service”, Robinson says. With this, Rolls-Royce uses its Engine Vibration Health Monitoring Unit (EVHMU) to monitor more than 10,000 parameters of an engine’s performance, looking for trends or shifts in behavior.

“With the EVHMU we can now monitor the health of engine control system units and identify units that have deteriorating health, removing them before they cause any disruption to our customer’s operation,” Robinson explains.

The EVHMU can also communicate two ways, meaning that if a customer is having starting issues (for example), Rolls-Royce can connect to their aircraft and configure the EVHMU to look at parameters relevant to starting and perform troubleshooting in real-time.

“This enables us to maximize availability of the customer’s aircraft and minimize any downtime.”

An additional advancement to the way maintenance is done in the here-and-now is seen in the new virtual reality (VR) training that is currently being offered to operators of Gulfstream G650 aircraft.

Offering a cost advantage to flight departments (who no longer need to send their personnel away to undertake the training), the course participant only needs an internet connection and the required VR equipment, which is shipped directly to their hangar door.

“This new, immersive, live Virtual Training tool ultimately allows customers to participate in an instructor-led distance learning course wherever they are in the world, providing a comprehensive overview of the construction, design and operation of the Rolls-Royce BR725 engine,” Robinson says.

“After completion of this two-day training course, participants will be able to service the engine and undertake maintenance.” While not intended to completely replace practical training, Rolls-Royce believes the Virtual Reality adds value and flexibility for customers, and it eliminates the need to ship a full-size training engine.

“This program allows each student to immerse themselves in an augmented environment full of realistic images, interactive functions and auditory feedback to delve deeper into the engine like never before,” notes Lee Bradshaw, Director of Technical Operations, Cox Aviation, who has participated in the VR training.

“Based on customer feedback and the overwhelmingly positive response we received for this training, we are looking to expand it to include other Business Aviation engine types, and also to develop troubleshooting training that can simulate being inside the actual cockpit,” Robinson reveals.

The evidence of these two developments in the way a flight department can approach its maintenance monitoring and training suggests Rolls-Royce is listening to its customers, who it connects with through its Corporate Customer Council to help identify and shape priorities for change going forwards.

“We’ve historically been focused on maximizing the aircraft’s availability and building our global capability network,” Robinson notes. “We’re now focusing much more on the Customer experience and by utilizing digital solutions, simplifying, and enhancing our customer interfaces to ultimately make any transaction with Rolls-Royce stress free.”

A Hand in the Future: Electric Aircraft

Moving into the realms of what only a few years ago may have seemed like fantasy to some, there have been some significant developments in the electric and supersonic aircraft arenas, and Rolls-Royce is on the scene for both.

In electric aircraft development, the company has been working on the ACCEL project. “We want to excite and inspire the industry by building the world’s fastest electric aircraft,” Robinson says. “We intend to go 300mph with this zero-emission upgrade of a Sharp Nemesis NXT aircraft.

“We have replaced the conventional powerplant with 500hp of power-dense electric motors and a bespoke energy-dense battery pack. We completed the airframe, and we have integrated the propulsion system on our Iron Bird test rig. We’re currently performing ground tests as we work towards the world record attempt,” he shares. 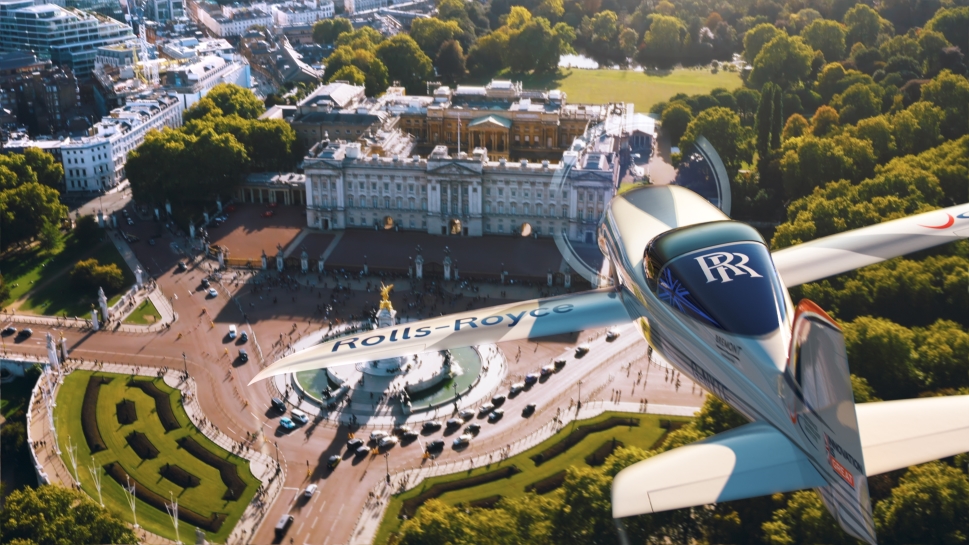 It has been argued that, while there have been some fascinating concepts introduced, finding a battery solution light and powerful enough to enable an electric aircraft to travel longer distances has hampered development of this sector. Robinson disagrees.

“From where we stand, electric aircraft are not really being held back by the state of current batteries,” he argues. “There are numerous platforms in development, and we ourselves are busy taking our 70 kW electric propulsion unit, which powers the Bye Aerospace eFlyer 2 prototype (for example), through certification.

“We will see several small aircraft available by the middle of the decade. Larger platforms will take a little longer, but here, too, the industry is making large strides.”

Various companies, including Heart Aerospace, Scylax, Smartflyer and Eviation have concepts for new airframes in this class, while retrofits [such as the Ampaire concepts] could offer exciting new market opportunities.

And, according to Robinson, there’s plenty of incentive to pursue these programs to certification. “When exploiting the dense networks of smaller airfields in Europe and the US, electric commuter aircraft beat other means of transport in terms of door-to-door travel time across many distances – a benefit that can particularly pay off in the business travel segment, where costs of travel are high.”

Technically, Robinson explains, electric machines around 0.5 mW will be required to make this aircraft class fly (hybrid-) electric. “We currently have lab demonstrators for a respective motor and generator undergoing tests, and the hybrid-electric system we have newly developed around our proven M250 turbine will lift a 4.5 ton demonstrator into the air as part of the APUS i-5 project.”

Understandably, Rolls-Royce is confident that a commercialization of (hybrid-) electric power and propulsion systems in this class will happen within this decade.

As mentioned, Rolls-Royce is helping Boom Supersonic to drive the development of a supersonic aircraft, Overture, with the goal of making passenger travel twice as fast.

Other than the issue of the sonic boom caused by aircraft flying supersonic speeds over land, the major issue with civilian supersonic flight previously had to do with the huge fuel burn, which, in turn, created very high operating costs, as well as high carbon emissions. 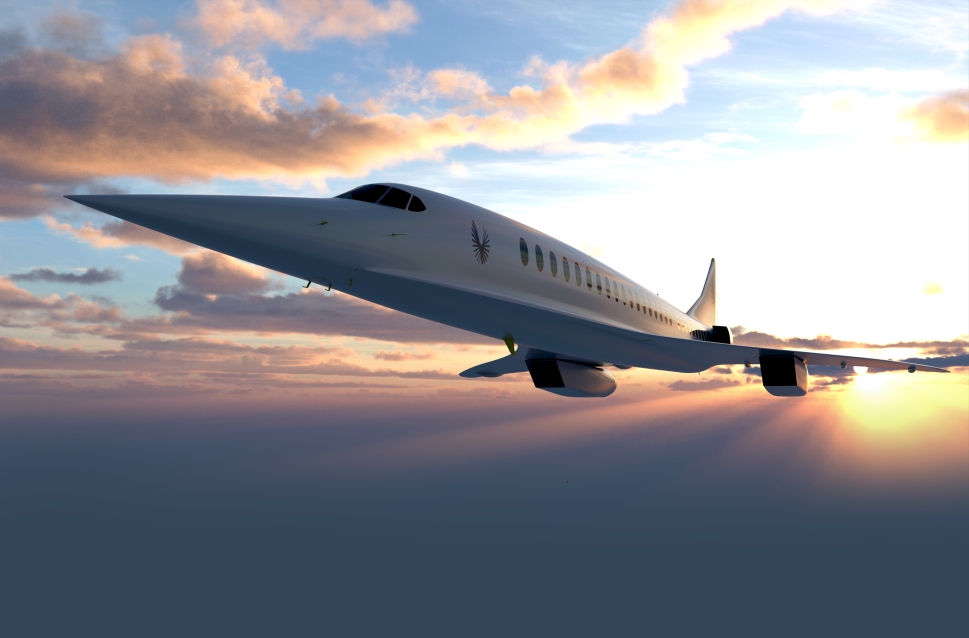 “Boom has long been focused on minimizing Overture’s environmental impacts, including both noise and emissions footprints, and Rolls-Royce shares this priority.”

While supersonic flight will make the world dramatically more accessible, it is critical that this improvement doesn’t impact the health of the planet. “We incorporate environmental considerations into every key decision at Boom,” Durrence adds.

To begin with, aerospace technology has advanced greatly since Concorde was built, and three specific areas of innovation will greatly improve the fuel efficiency of Boom’s Overture, according to Durrence.

During 2019, Boom performed a series of engine ground tests on its prototype XB-1’s engines using a high blend of Sustainable Aviation Fuel (SAF). This 84% HEFA fuel gave valuable data on how XB-1 would perform when powered by a high blend of SAF (biofuel). “The tests met our expectations, showing similar engine performance characteristics to conventional, petroleum-based fuel and offering us confidence that XB-1 could be powered by SAF,” Durrence continues. 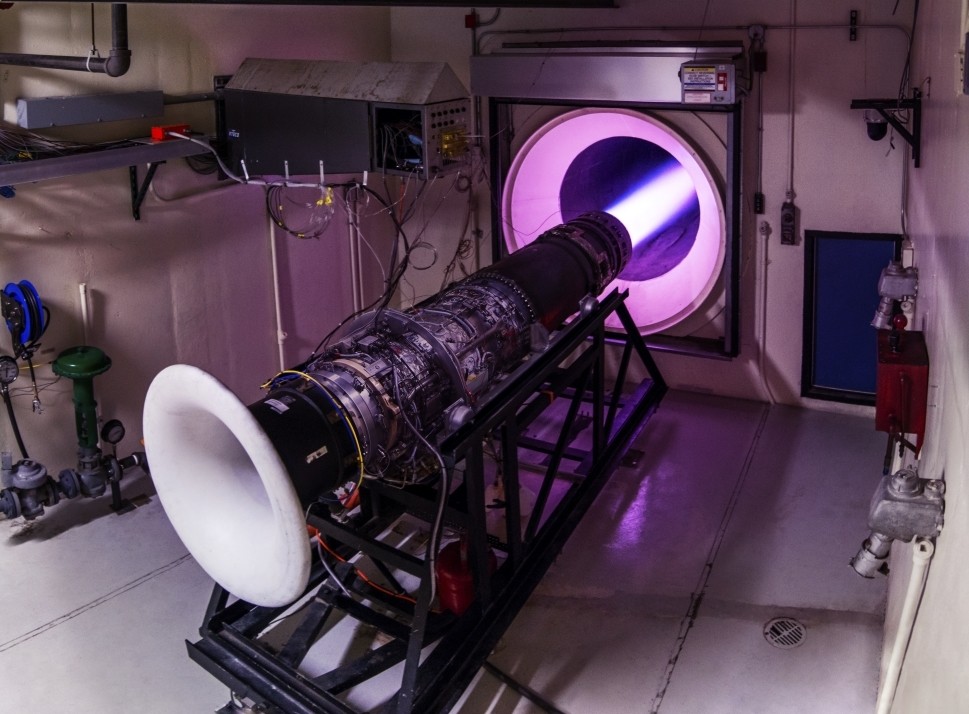 Of course, the route to building an SAF-powered supersonic fleet relies as much on there being many sources of SAF. “While we are interested in traditional, plant-based biofuels, we are excited about the possibilities of municipal solid waste, industrial waste gases, and atmospheric carbon dioxide as innovative SAF feedstocks, as well as exploring the use of synthetic fuels and e-fuels [the creation of synthetic fuels through electrolysis],” Robinson notes.

“Because supersonic airplanes will complement—not supplement—the subsonic fleet, we are keen to identify novel SAF sources that won’t compete with subsonic uses. Over the course of our engine development program, we plan to test SAF from a number of pathways to ensure proper engine function.

“We are working with the public sector and collaborating with the oil and gas industry to drive wider availability of sustainable fuels.”

Meanwhile, Boom has launched a partnership with Prometheus Fuels, a company making road vehicle and aviation fuel from atmospheric carbon dioxide, and is also engaging with other SAF producers. And the benefits should pass down to today’s business aircraft too, where the need for more supply of SAF is necessary as a part of encouraging greater uptake among operators.

“Most of our aircraft engines can already operate using blended Sustainable Aviation Fuels, and have already flown using them,” Robinson says. “We believe that all of our newer engines would probably be able to operate on 100% SAF and we’re in the process of verifying that, so potentially the regulatory cap of 50% blend can be lifted.”