The Cost vs Benefit Choices for Engine Overhauls

What are the cost versus benefit choices BizAv operators have when the time arrives for them to overhaul their aircraft engines? Chris Kjelgaard investigates… 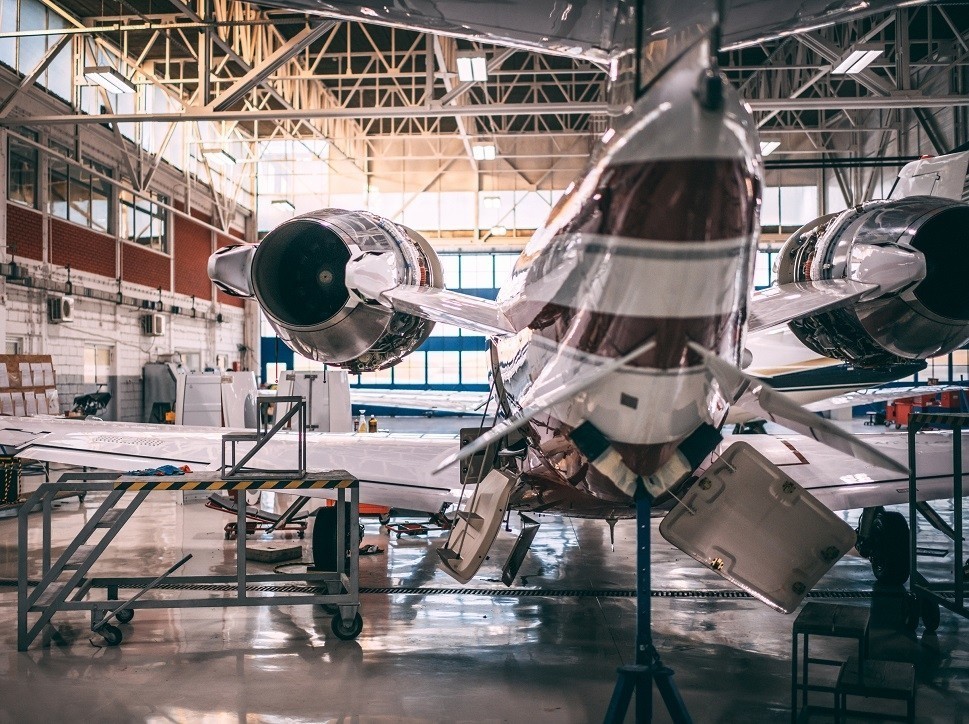 Deciding how — and even if — the engines of a business jet should be overhauled when the life-limited parts are approaching the end of their respective lives is one of the most expensive and complex decisions that Business Aviation operators face. What do the experts advise?

An engine overhaul can also be needed for other reasons, such as when an engine sustains significant damage from ingesting foreign objects during operations, or when it has been inadequately protected and preserved during a long period of storage, on-wing outdoors.

In every case, a decision to overhaul a business jet's engine completely will require hundreds of thousands of dollars’ worth of MRO work. How, and even whether, an operator is prepared to pay for that work is a big issue.

Such operators can choose to put a run-out engine into an MRO shop for overhaul, or they can try to source a replacement engine.

A third choice, depending on the remaining market value of the aircraft, is to try to sell the entire jet and its engines — a choice which in some cases will mean receiving only scrap value for the structural materials and any components with cycle-life remaining. 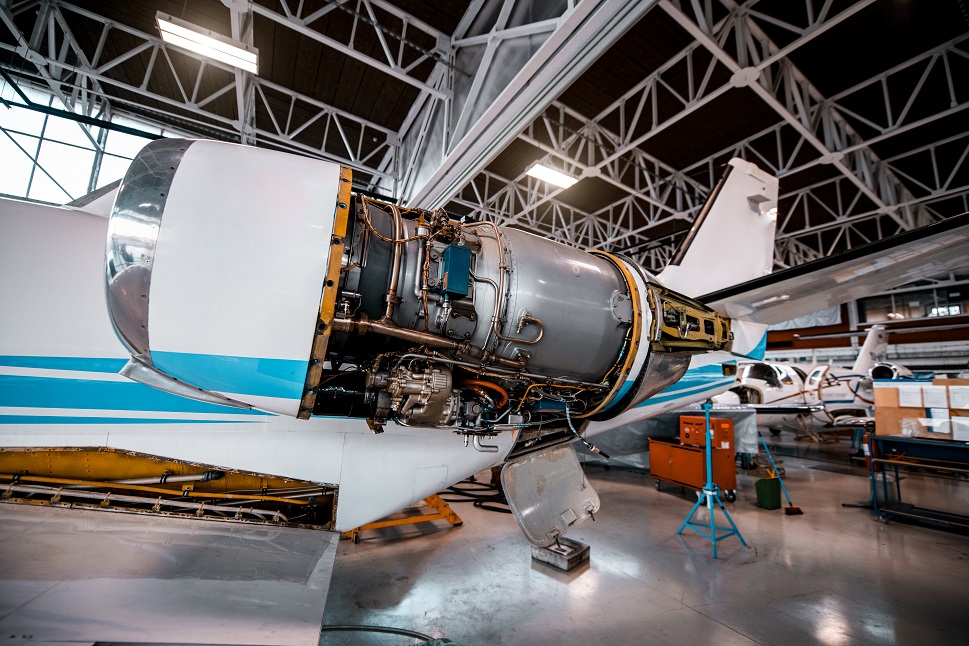 Operators choosing to overhaul non-plan engines often will find they have “no wiggle room on price”, and these “cash pay” customers will have to pay full retail prices for their overhauls, according to Lynch.

And the overhaul costs to cash-pay operators don’t stop at merely the price of the overhaul itself. According to Lynch, while an overhaul on a Honeywell TFE 731-5BR for a Falcon 900 or Hawker 800XP can cost between $550k and $800k, operators must also pay about $12k to have an engine removed and replaced.

Additionally, during the four-to-six weeks the overhaul is being performed, operators wishing to continue operating their aircraft will have to pay about $40k to loan a replacement engine, assuming one is available… Many rental engines are reserved for overhauls performed under hourly maintenance plans.

Again, mounting and removing the replacement rental engine will cost $12k, meaning the overall cost of a full-retail overhaul on a TFE 731-5BR can be anywhere between $650k and $900k, Lynch notes.

Choosing to replace a non-plan engine with one bought on the general market can also present significant difficulties. “Some engine models can be found, some cannot,” Lynch continues.

When an operator does find a replacement engine, however, without a very detailed knowledge of the seller or the engine’s operating history, there may be questions over whether it is actually airworthy.

Unless an engine stored on wing is run every 30 days (the period required by many engine types’ maintenance manuals) or, when storage begins, it undergoes long-term preservation for no more than two years using techniques and materials in accordance with the maintenance manual, it must be sent for tear-down and inspection before being reactivated.

Basically, this is a full overhaul in itself, and is necessary for inadequately stored or preserved engines because water beads may have accumulated on the main line bearings, creating corrosive anomalies which can lead to catastrophic failure after their return to operation. 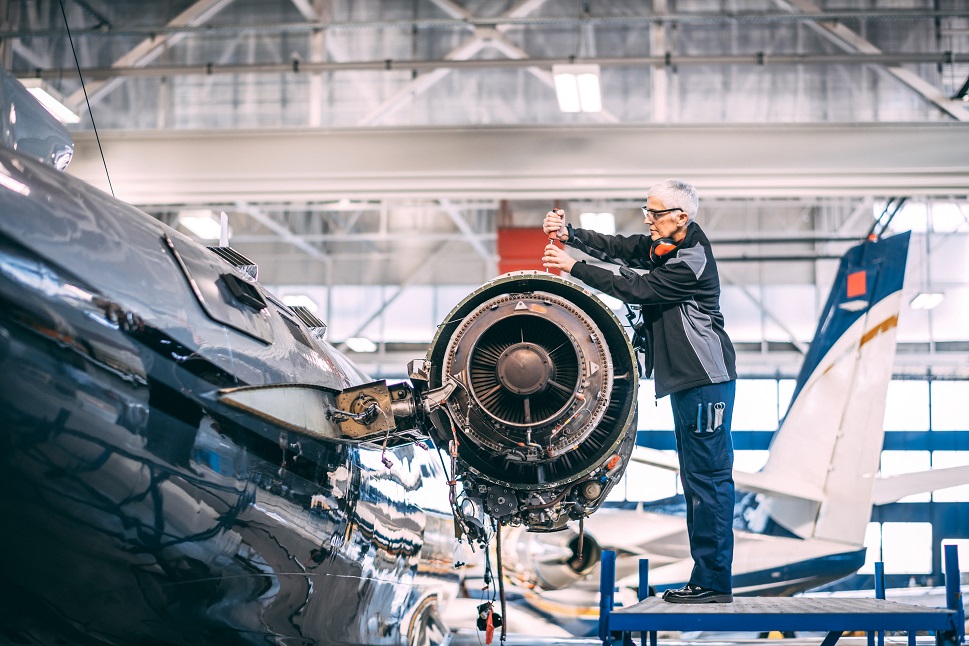 Operators that choose to have their engines covered under hourly maintenance plans — whether offered by the engine’s OEMs or third-party providers — generally have more options available when sending their engines for overhaul.

For a start, no matter when an engine needs an overhaul, the cost is covered under the hourly plan. Additionally, in almost all situations (except operator negligence), the plan-provider assumes the financial risk should the overhaul cost more than expected.

Depending on the reason for engine removal the shop visit requirements will be very much guided by the engine manual and the Engine Management Plan (EMP), according to Andrew Robinson, Senior Vice President of Services and Customer Support for Rolls-Royce (www.rolls-royce.com).

“Operators with our hourly plan coverage will have all of this covered by Rolls-Royce and the visits can be anything from a performance-restoration shop visit to a check-and-repair, which are particularly useful if an engine has been on-wing and one or more of its modules has triggered its ‘soft time’ limit”, Robinson explains.

‘Soft time’, measured in flight hours, is a concept Rolls-Royce uses to determine when each individual module in an engine needs to be refurbished.

This concept allows operators to remove only parts of engines for refurbishment and replacement, reducing the overall maintenance cost. Operators can also choose to repair or replace engine parts – either with all-new parts, or with used serviceable parts.

Choosing the latter should imply a lower overall price for the overhaul. Indeed, operators intending to fly their aircraft for only a few years following the overhaul can find this particularly useful. 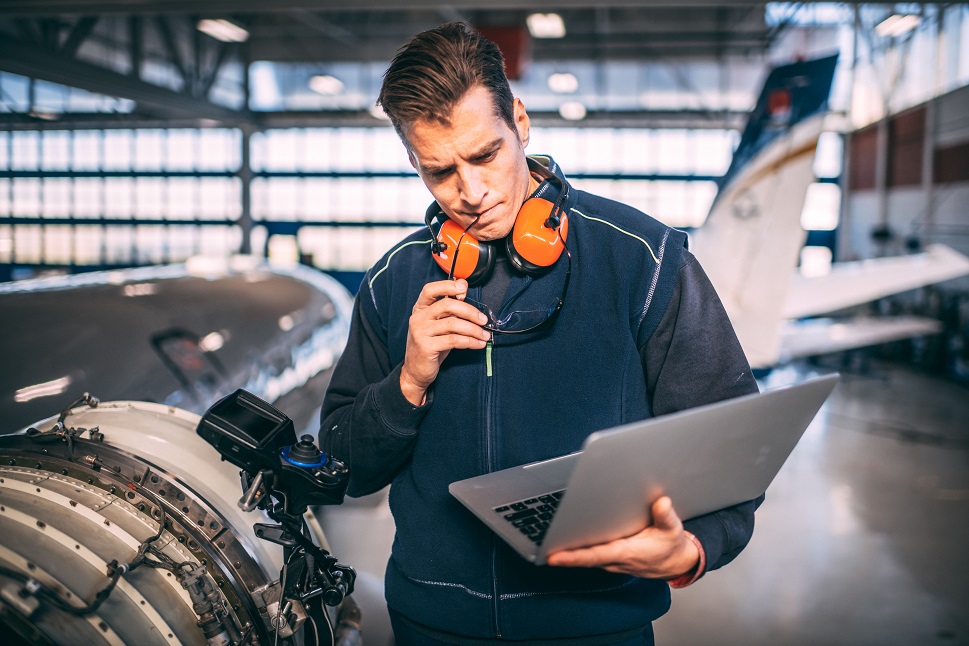 When do Overhauls Makes Sense?

“A lot depends on the [operator’s maintenance] budget, and its plans for the engine going forward,” Robinson suggests. “Many decisions are based on the life-cycle of the aircraft and on the owner’s intent. “A lot of risk is involved” in owning and operating a Bizav aircraft engine. “The best way to de-risk is to be on a program,” he adds.

However, Rolls-Royce does have customers for its CorporateCare plans who are happy to continue covering the engines of their 30-year-old Gulfstreams for many more years of life.

Operators subscribing to hourly plans such as CorporateCare and CorporateCare Enhanced, or Pratt & Whitney Canada’s various Eagle Service Plans have access to rental engines to mount on their aircraft during engine overhauls. 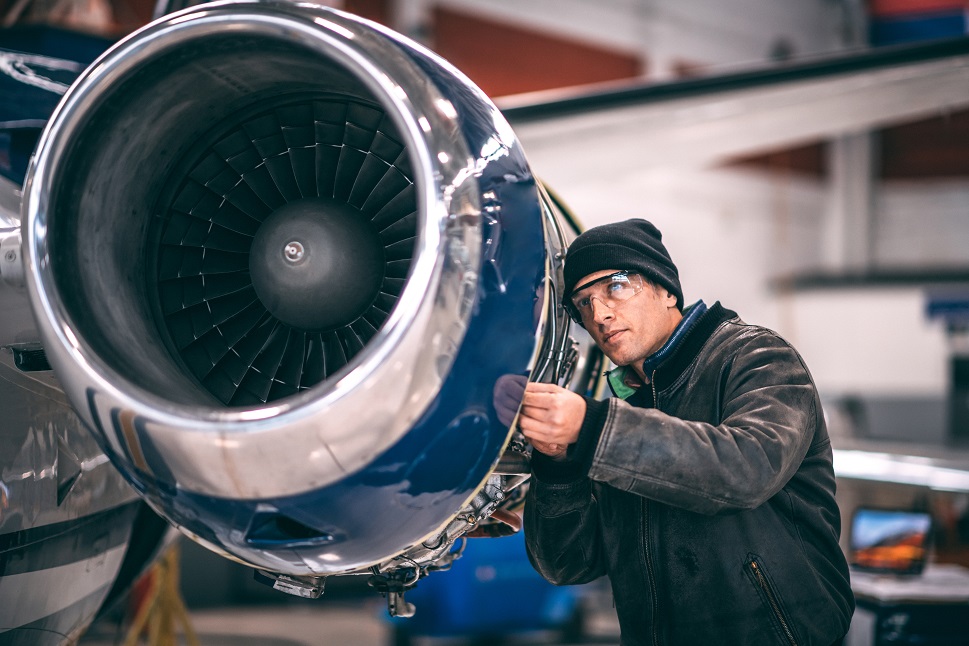 “Factors that can influence where an operator would go to have their engines overhauled include service turnaround time,” says Satheeshkumar Kumarasingam, Vice President of Customer Service for Pratt & Whitney Canada (www.pwc.ca), “along with whether a rental engine is available for customers to use, and the overall cost of the overhaul.

“Depending on the usage and maturity of the engine, operators will need to determine whether an overhaul would be too costly to perform.”

According to Kumarasingam, Pratt & Whitney Canada believes if the overhaul cost is expected to be over 80% of a new engine exchange price, the operator should consider replacing the engine with a new one.

“This can be the case when significant life limited parts (LLP) need to be replaced or the engine has suffered from the impact of corrosion from operating in a harsh environment,” he says. “A new engine is a great way to refresh the aircraft and benefit from future lower maintenance costs thanks to a new warranty.”

Kumarasingam suggests this option is probably best for operators with several years of planned ownership or usage ahead. If the customer does decide to have its engine overhauled, then the main choice it faces is where it should have its engine serviced.

They can also choose to swap an engine nearing or reaching its overhaul visit for a brand-new engine — a transaction which requires the operator to make an additional payment to the engine OEM to cover the price difference between the run-out engine and the new one.

Like Rolls-Royce, P&WC operates a large and advanced MRO network globally for the engines it has built. Meanwhile, EAP (and other third-party providers such as JSSI) use only the highest-quality MRO shops to perform overhauls for the engine types their plans cover. 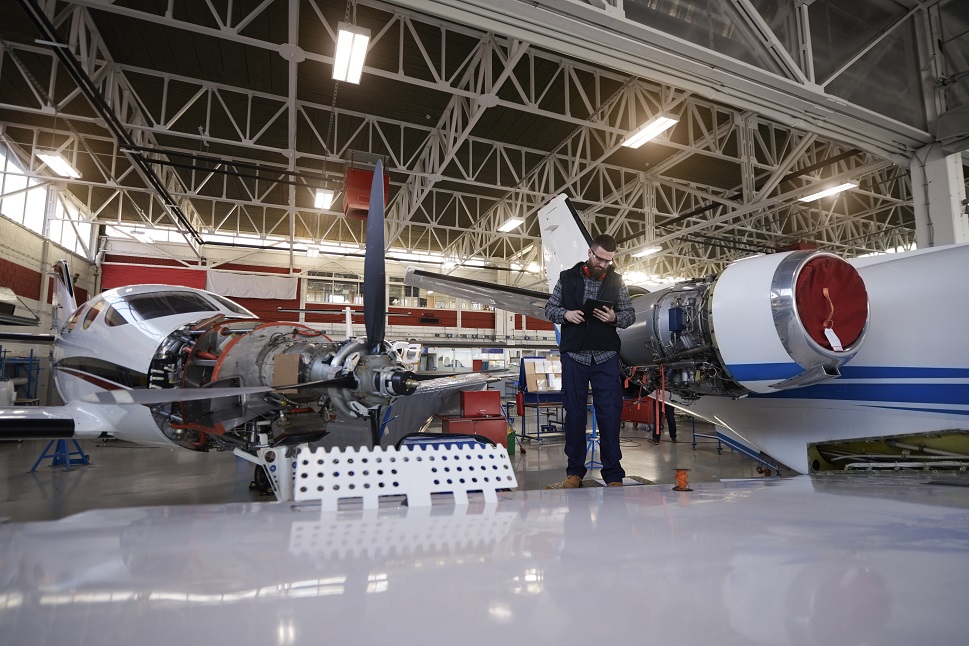 Ultimately, the two key factors in determining whether an engine should be sent for overhaul is the market value of the aircraft (including the engines’ residual value), and whether or not the engines are covered under an hourly maintenance plan.

“As you get to the level where an aircraft is worth less than $4m-$5m, what you end up seeing is that more and more of those aircraft end up getting scrapped because the engines are not on engine programs,” says Lynch.

Aircraft with engines not enrolled on a maintenance program, that are due overhaul, might only realize $200,000-$300,000 when sold for parting out. At that point, “it’s truly a salvage deal.”

If the market value of an older business jet falls to about $1.5m but it has good engines, Lynch says the question changes. “Are you going to part the aircraft out, or are you going to spend the $1.5 million to overhaul the engines?”

If the engines are covered under an hourly program, then the overhaul is worthwhile since the cost is already paid for. If they’re not covered, it’s a demarcation point.

“Ultimately, the best thing for an older aircraft is to put it on an appropriately-priced engine program,” Lynch concludes. 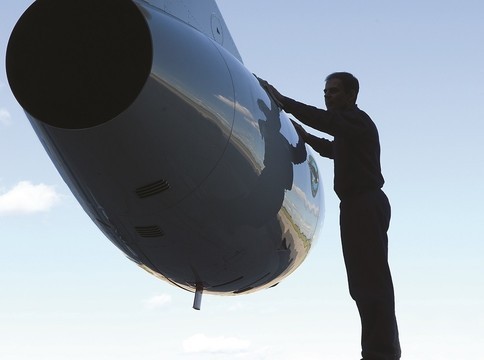 How to Pick the Right Engine Maintenance Coverag... 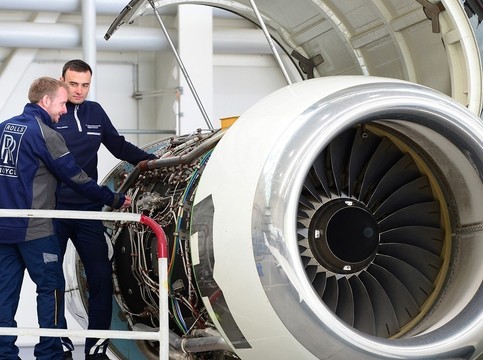 Your Overhaul FAQs Answered by the Experts 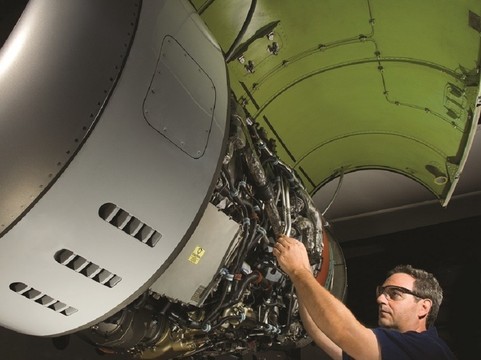 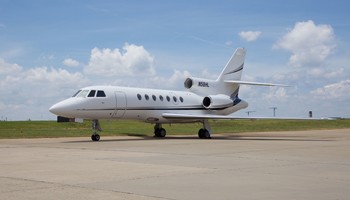 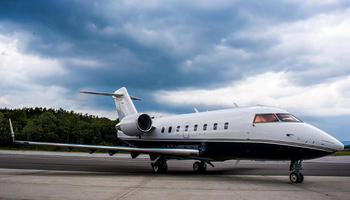 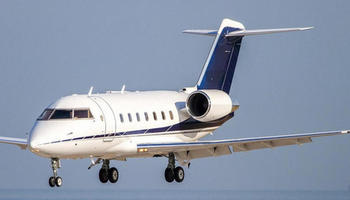 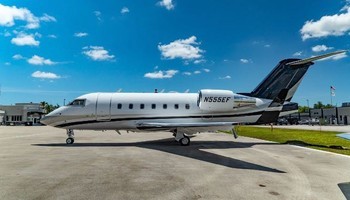 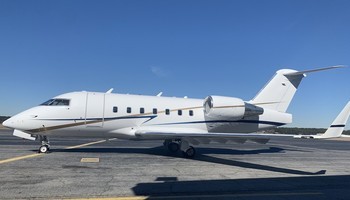 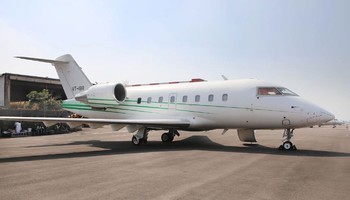 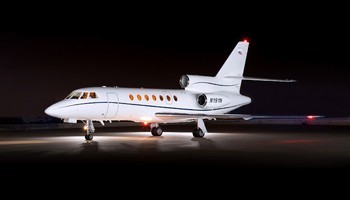