How do you appraise the value of a used jet engine – especially for part out or salvage purposes? Jeremy Cox discusses some of the conundrums, with particular reference to the popular TFE731 models…

How do you appraise the value of a used jet engine – especially for part out or salvage purposes? Jeremy Cox discusses some of the conundrums, with particular reference to the popular TFE731 models…
Appraising an aircraft’s engines for value based only on Time Between Overhaul (TBO) status requires a simple calculation to be made:
Average Overhaul Cost ÷ TBO (hrs) = Engine Hourly Rate.
The ‘average retail’, or ‘average wholesale’ base value of an aircraft, as quoted by the price guides like Vref and Bluebook assume that the engines are at ‘mid-time’. If the TBO is 5,000hrs, for example, then the average value of the engines is based upon 2,500hrs since ‘new’, or ‘overhaul’.
If the engines are above this base amount of 2,500 hours, every hour over that figure is multiplied by the Engine Hourly Rate, and the result is then deducted from the overall calculated/appraised ‘book value’ of the aircraft. For engines below the base example, the result is added (read as additional value).
This approach is acceptable if a simple market value is all that’s required. If, however, a ‘part out’, or ‘salvage’ value is the appraisers’ assignment and end-goal, then the research necessary to accomplish this task becomes very complicated. I shall explain…
Delving into the World of Part-Outs
There has been a lot of activity within the used engine market – especially over the past seven-10 years, with many aircraft being parted out. The resulting ‘flood’ of engines that have come into the used marketplace has combined with falling airframe values, yet we would not recommend dropping your subscription to your engine service program just yet...
Let’s illustrate with an example. Since 1972, 12,486 AiResearch/Garrett/Allied-Signal/Honeywell TFE731 series engines have been delivered and installed on 47 make/models of new and retrofitted business aircraft. With 20 different engine models within this venerable family, the TFE731-40BR (Learjet 70 and 75) and TFE731-60 (Falcon 900LX) are still in production.
Out of the 5,663 individual aircraft that have been operating with TFE731 series engines, 593 jets have been Written-Off (W/O), or 10% of the fleet. These deceased aircraft include 1,353 TFE731 engines.
Without analyzing the total number of aircraft/engines lost due to catastrophes versus ‘part-outs’ we can confidently assume a ratio of 2:3 (60%) being aircraft ‘parted-out’.
Therefore, 7% of all TFE731 series engines (812 units) have been brought to market as either component parts, or whole, functioning engines.
It is interesting, here, to note the aircraft makes and models that have seen the greatest attrition in numbers, including:
Origins and Popularity of the TFE731
The TFE731-1 engine design was supposed to power the 1971 seven-place Swearingen SA-28T Delta-Wing Business Jet (cancelled after Fairchild purchased Swearingen), and came as a ‘spin-off’ from the AiResearch ‘two spool’ TSCP700 Auxiliary Power Unit (APU) installed on the MD DC10 airliner.
The Low-Pressure Compressor from the GTCP660 APU used in the B747 replaced the smaller disc from the TSCP700, which initially resulted in a thrust output of 2,710lbs by the TFE731-1.
The 3,500lbs thrust TFE731-2-2B engine is the most prolific model available on the used engine marketplace today. Almost 300 units have come available over time, since the Learjet 35/35A/36/36A series began getting parted-out. 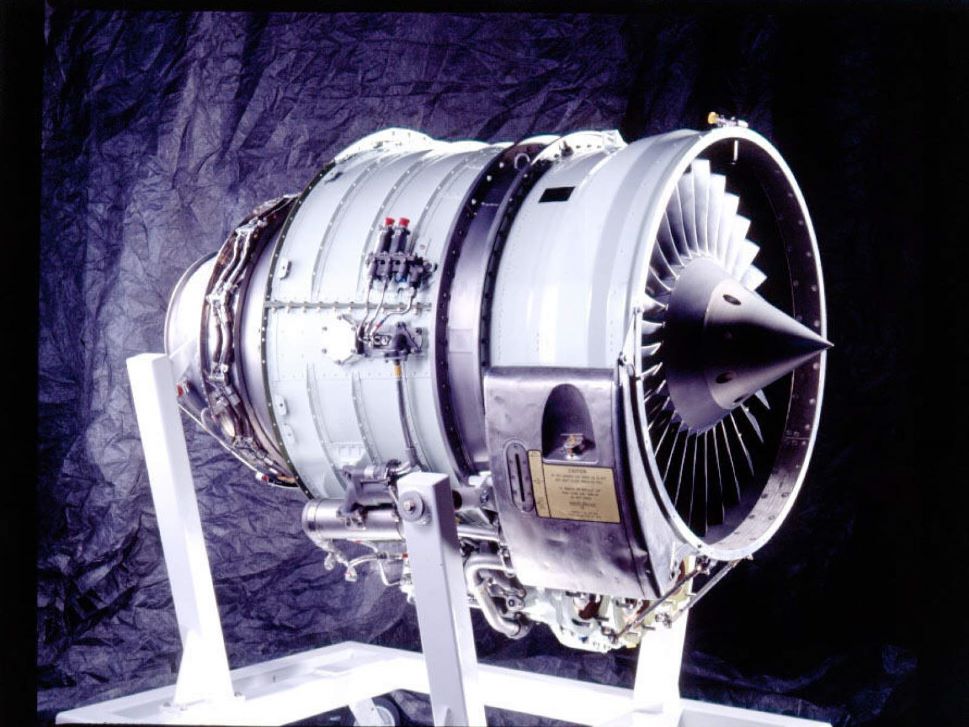 Life Limited Components and Example Values
There are various ‘Life Limited’ components found inside a TFE731-2-2B engine, and following we have set these out with their approximate values.
Engine component parts prices used to be stable with little variance; they conformed to the OEMs price list, which used to be available to all. Today, with so many engines that are now sitting in warehouses as removed or dismantled, prices are wildly variable which makes appraising engines extremely difficult.
It used to be as simple as ascertaining the List Price of each component and then determining the individual Disk/Shaft Component Values (i.e. List Price) divided by Cycle Life, to equal the Component Full Life Value per Cycle. That would be multiplied by Cycles Remaining, and the result would provide the Component Value.
The Dilemma Today…
In a recent interview, Jason Hedtke, General Manager for Marklyn Jet Spares spoke with me on engine component values and their availability, and his insight for engine appraisers is rather bleak. “There are no listed prices, you have to hunt them down yourself,” he said.
“There is even less sophistication when it comes to the actual parts pricing within the engines,” he continued.
“You literally have to either have the knowledge because you live in that marketplace [and] you have recently purchased or sold those parts, or [you have] recently purchased or sold that engine...The issue with tearing an engine down further from a core into parts is that there are no Honeywell Authorized shops that will put their tag on those parts, which means you don’t have a market to sell them (or highly limited).
“If the engine core was not properly preserved then none of the accessories will be viable unless they go through a further inspection or overhaul. As an example, if you had a Falcon 50 TFE731-3-1C engine that was not properly preserved, the Fuel Control Unit now needs to be overhauled/exchanged at a cost of $40k-$60k depending on what can be found and availability.
“The entire market is quite fluid - just because you understand the price today does not mean you will understand it tomorrow."
“The funniest misnomer in the market is that everyone thinks there are stacks and stacks of 731-2, 731-3 and 731-5 engines out there, but if you actually go looking for one it is very hard to find one that is properly pedigreed and has time remaining,” Hedtke concluded.
Hedtke’s point should highlight today’s dilemma facing aircraft appraisers tasked with providing a ‘part out’, or ‘salvage value’. But there’s worse to come. Let’s explore the issue of ‘proper storage’ for these surplus engines… 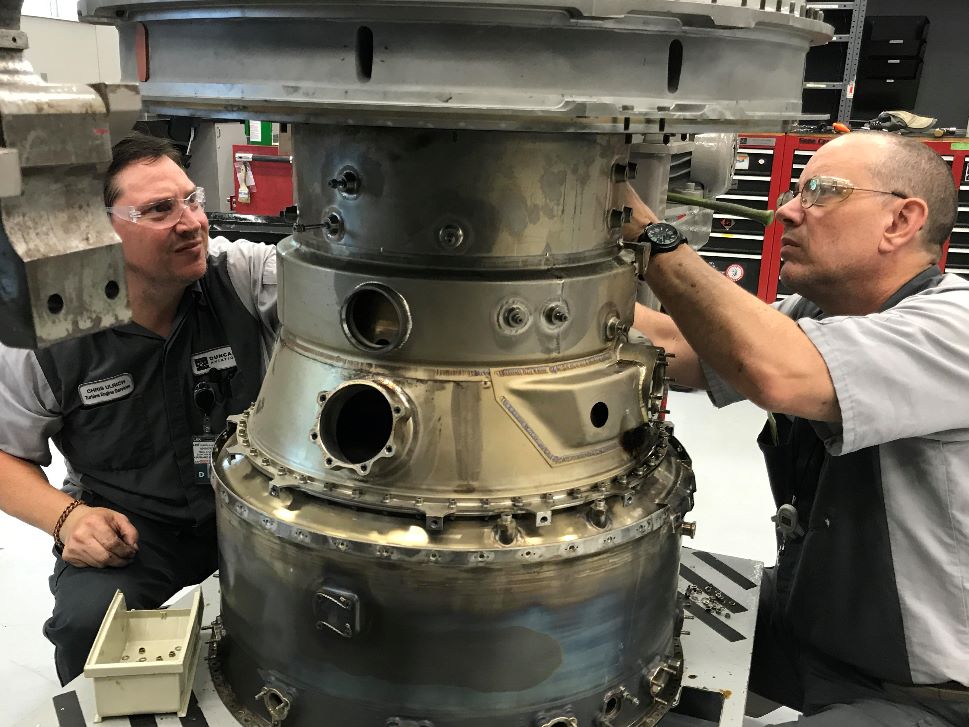 Storage for Engines – On and Off-Wing
Even if the engine is stored in the arid climate of a desert, moisture levels are still not ‘zero’, and over time moisture will begin to corrode an unprotected engine.
When a TFE731 series engine is ‘on wing’, and the aircraft is idle for an extended period, it is required (per the Light Maintenance Manual) that the engines be run very 30 days and documented in the logbooks. The intent is that any moisture present will be driven out by the circulation of ‘normal operating temperature’ oil that is pumped around the engine during the run.
If the TFE731 engine is to remain idle for more than six months, then for the reason Jason Hedtke stated, the engine fuel system must be preserved as well as the performance of the ‘30-day engine run’.
In the case of ‘off-wing’ TFE731 engine preservation, the following procedure must be followed:
Specific to Honeywell engines, any TFE731 that has not been properly stored or maintained in accordance with the manual, requires a condition report to be sent to Honeywell before the engine is released back into service.
The Damaged Engine Review Board (DERB) at Honeywell will then issue the owner/operator with a required maintenance/repair workscope specifically for that engine that must be carried out before it is considered airworthy once more.
Coming to the Crux of the Problem…
Recently, while performing an on-site audit of an aircraft and its records so that I could issue a certified aircraft appraisal report to the owner, I read an engine logbook entry made after a DERB prescribed workscope had been completed. It was made necessary because this TFE731 powered aircraft had been repossessed earlier in its history, and the aircraft had sat for a prolonged period without proper engine storage…
A total of 11 bearings were replaced in this engine, replacements that were necessary because of corrosion, not wear.
The number one issue in the used engine market today is that there is a significant number of improperly preserved engines available for purchase, which can only be appraised as having a core value.
As this article went to press the following is true. There are:
These are available for immediate purchase, and have all been properly preserved, or have undergone a Honeywell approved shop visit deemed necessary by the DERB.
If you are auditing/seeking a TFE731 series engine advertised ‘For Sale’, unless it has been properly stored, or there is an engine logbook maintenance entry detailing a DERB-prescribed workscope that has been completed, then you are advised to proceed with great caution...

Buying a Jet? What to Know About the Engines
Jet Engine Maintenance: How Do You Manage Yours?