Engine maintenance programs can be OEM or non-OEM but either way they give peace of mind to operators. Due to cost, however, they do not represent a fáit accomplis, as Andre Fodor explores...

The nearly new aircraft that I was flying had less than one hundred hours. I had personally selected it, accompanied its factory build and acceptance inspections, and negotiated the purchase. This was my baby and I was now enjoying flying this aircraft with big and powerful engines...

The first inspection became due based on calendar months: This jet was built as an airliner and would never reach time-based inspection schedules. Released from the OEM’s maintenance facility following that first inspection, all of the paperwork had been reviewed and the post-inspection checks were concluded.

We were in an upbeat mood, ready to fly the airplane home and then onwards to Europe. Leaving the service center, we taxied towards the longest runway where we would have time to line-up, go full power, check the instruments, and then release the brakes verifying all parameters before committing to take-off.

Receiving clearance, we smoothly accelerated towards rotation speed and enjoyed a normal lift-off. At four hundred feet, however, the entire aircraft filled with a haze of acrid smelling smoke. The next three minutes seemed to pass in slow motion as we donned oxygen masks, declared an emergency, heard traffic being re-vectored and found ourselves on final with all checklists completed.

By the time we landed, the smoke had disappeared and we short taxied the airplane back to the service center.

The subsequent investigation showed that an assembly defect on one of the engines caused the crimping of a gasket ring allowing oil to enter the hot bleed air distribution plenum. The required action involved the full removal of an engine for repair and helps answer the topic of this month’s article: ‘Why pay for an Engine Maintenance Program’?

The Case for the Engine Maintenance Program

In thirty years of Business Aviation flying, I have tried to make peace with the high costs associated with business jets. Considering the individual components that make an airplane, engines may be the most expensive.

Each of the engines installed on the jet with the smoke issue cost nearly $4m (put another way, they comprised nearly 30% of the retail value of the airplane). It’s arguable that the airplane – being new – was under warranty, but enrolling with an engine maintenance program we were able to eliminate the red tape.

We avoided the hassle of filling out warranty claims and negotiating work scopes. Instead, the people with the tools to repair the airplane were able to proceed right away.

Moreover, the cost of labor associated with the removal and reinstallation of a faulty part, shipping costs, and other expenses that are typically not included under a warranty were covered by the engine maintenance program.

The turn-around time for such a repair as we required (allowing for the engine to be shipped, processed, cell-tested, repaired, re-tested and returned) could easily reach sixty days, with a fair wind.

As a flight department, you need to consider whether you could park the airplane for that long, or would you want a loaner engine installed? Not everybody has a $4m engine sitting on a shelf waiting for the day you need it. However, a component of an engine maintenance program contract is the assurance of loaner engines (or supplemental lift until one can be arranged). 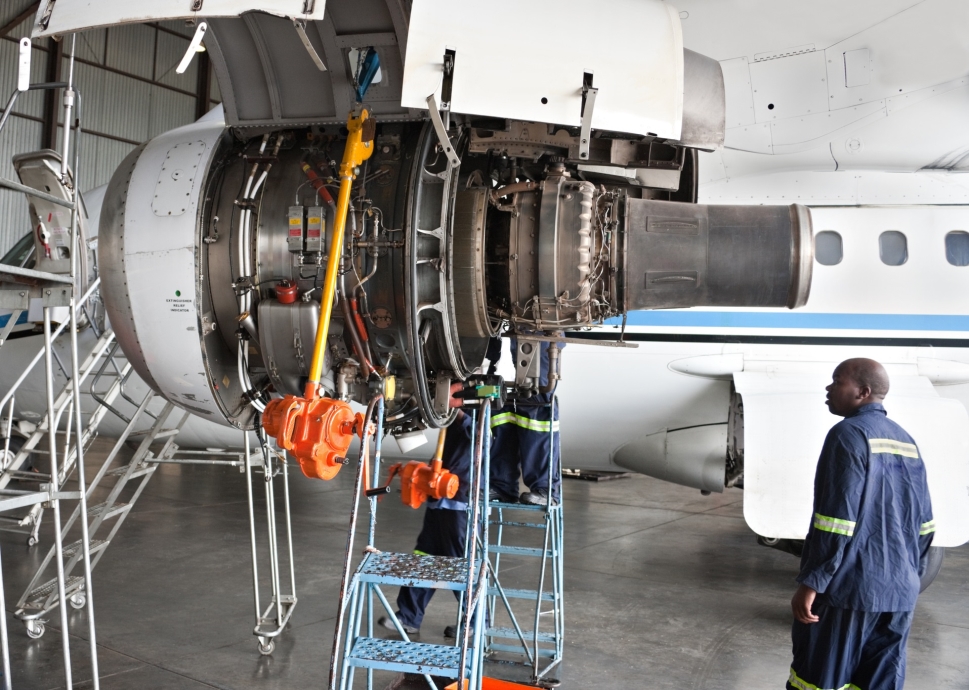 And here is another scenario: An industry friend was flying a newly-released aircraft model powered by a brand new engine type. That engine faltered, requiring an off-wing repair. With little or no expertise yet available (trained technicians) for that engine type, few spare parts distributed through the OEM’s network, and no spare engines available, in the case of my friend the aircraft remained parked, awaiting a repaired powerplant for a very long time.

Alas, his principal had chosen not to enroll on an engine maintenance program. Had he done so with the engine manufacturer’s program, the manufacturer would have been obliged to take a brand new engine from the production line and install it on the airplane until the original could be repaired.

There are Some Caveats…

There are, of course, caveats to engine programs. They can be expensive (for example, depending on options chosen a Large Cabin jet coverage can cost $20k per month). And expectations of coverage may differ between the owner and the provider. As an example, the provider may select a high-time refurbished part to install in your low-time engine, and what may be abnormal to you may be within specifications to them. It is therefore vital to ensure you understand one another fully.

Even with the caveats, engine maintenance programs assure you that tools and parts will get to where you are when you most need them. The program provider has the know-how to ship major components across borders, knows the tooling required for the job, and has technicians with passports to travel in your direction at a moment’s notice.

Getting the Most from Your Program

Developing a relationship with the field representative assigned to your account gives you access to someone with engine-specific expertise and knowledge of how to get things accomplished. They can be valuable door-openers when things get tough.

Although engine maintenance program contracts tend to be fairly rigid, there should be some room for minor tweaking, and the opportunity for buy-in incentives if you are planning to bring your pre-owned aircraft into a program.

When deciding if your airplane should be enrolled on a program, assume that you will either pay for it while you own the airplane or when you sell the airplane (at a discount to offset the fact that it has no program coverage) – especially when the majority of your aircraft’s make/model is enrolled.

Paying for an engine program is a complex decision requiring a commitment towards a contract and monthly capital outlays that pay for a pre-determined number of hours regardless of whether you fly them or not.

Not having coverage may be a fair decision to the large operator with many aircraft of the same type. They can dilute the risk within the fleet. But for the single aircraft operator or small fleet manager, the engine maintenance program should be one of the pillars of a well-managed budget within a professionally-run flight department.