Buying a Jet? Have you Understood all the Options?

What are the methods available to those wanting a whole business aircraft ownership experience? Andre Fodor reviews the options, with a particular focus on traditional and operating leases…

The secret to a successful business transaction is to aim to satisfy both parties. This will trigger a relationship based on goodwill and mutual interests, lasting far beyond any one-off transaction. When your counterpart understands your commitment to do ‘good business’, they, too, become stewards of your best interests.
As an example, a well-respected aircraft broker once stepped out of a major sale he could make when he realized the airplane he represented was poorly suited to our mission needs. Seeing our commitment to doing good business, the broker refused to let us have anything less than what would provide us with an excellent ownership experience.
In turn, his action was rewarded with our trust, several referrals to our peers, and the opportunity to participate in future deals over the years that have ensued.
Recently, I utilized these same principals to advise a new client on the best way to acquire his first airplane. Until recently, all aircraft transactions which I’d participated in were cash transactions or financed.
Cash Transactions: These relatively straight-forward. A purchase price is agreed, money exchanges hands between buyer and seller, and title transfers prior to the physical delivery of the asset.
Financed Transactions: These are modified cash transactions that include a third party; a creditor. Here the buyer secures financing, either through a fixed-value loan or line of credit and uses it for the aircraft’s acquisition. The buyer is responsible for paying up a percentage of the purchase price (which may vary depending on the aircraft type, year, rate of devaluation and several other metrics).
The asset’s title is held as collateral and, at times, the lender will be required to provide additional collateral security, especially if the aircraft is to be operated or based in a location considered less stable or riskier for repossession purposes.
The Third Option: Aircraft Lease
A third, newer option in aircraft acquisition is the lease transaction. This has gained more traction as the financial institutions have been seeking new opportunities to lend money during a period of low interest rates.
Traditional Lease Arrangements:These focus on newer aircraft that are under warranty and tend to be are shored by restrictions on the allowable number of flight hours and cycles per year and over the lease contract. This is designed to protect the leased asset from over-use and an accelerated depreciation.
In a lease contract, there may be several requirements relating to how the asset should be maintained. The engines are likely to be required to be enrolled on specific hourly maintenance programs, and periodic conditional inspections may be required to confirm that the aircraft is being well-maintained.
The return of the aircraft at the contract’s end will include a formal inspection and compliance with any upcoming maintenance or Service Bulletins. Cosmetic repairs or fresh tires may also be required, depending on the contractual obligations.
Ultimately, a traditional lease may provide operators with: 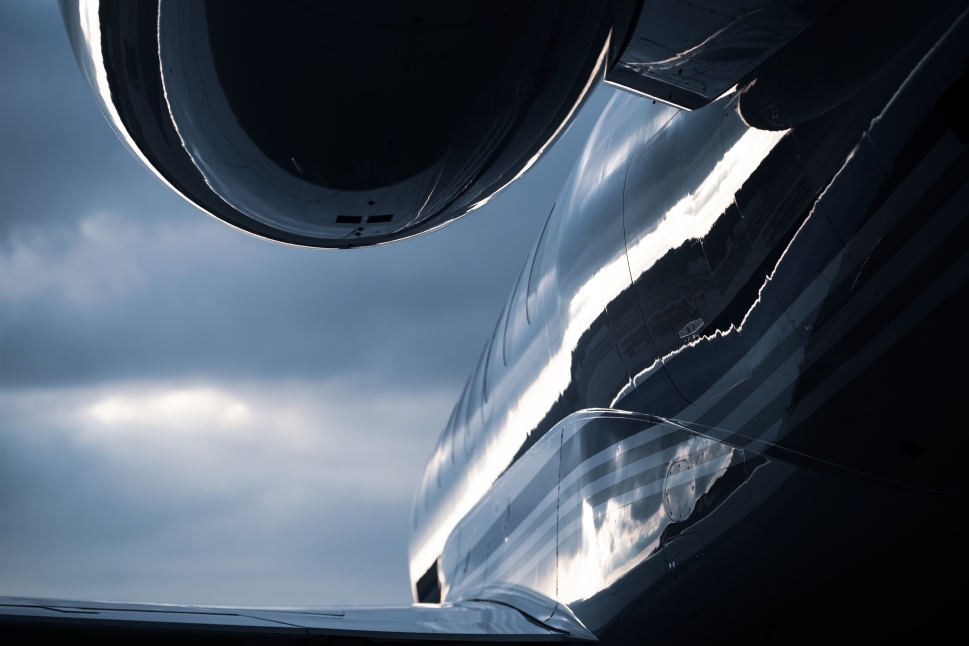 Operating Lease Arrangements:To further increase the attractiveness of their lease products, the leading providers have developed new products designed to attract more people to lease aircraft.
The Operating Lease is one such product. In layman’s terms, it works similarly to a rental agreement that has a defined beginning and end, requiring the return of the aircraft to the lessor. In this case, however, these transactions can include:
The leasing company receives the benefits of depreciation and a volume discount through buying aircraft from the OEM which it then sells for retail price. The lessee, meanwhile, is free from the onus of a large capital outlay only making an initial negotiated buy-in lease payment followed by monthly payments.
At the end of the lease, the lessee can either return the asset and move into another aircraft or extend the lease.
Per the traditional lease, the lessor will limit and review the operation of the aircraft to prevent accelerated depreciation, and they may require intermediate inspections. The risk lies with the lessor who must assure that the sum of the lease payments, residual value post-lease and depreciation benefits still generate transactional profit.
What Does an Aircraft Lease Cost?
Monthly lease payments typically equal 0.8% of the aircraft’s value. Terms typically vary between five and 10 years, and lessees needn’t concern themselves with residual value.
While leasing companies have traditionally tended towards assets valued over $10m and newer than eight year, as more lenders have sought to provide solutions to the market, some are offering leases designed for different requirements.
In Summary…
So, are there any tips worth prospective lessees noting? I’ve found that if the leasing company already owns an aircraft that’s suited for your needs in its inventory, a better deal can be negotiated. As with any business transaction, negotiation is central to buying an aircraft, ensuring the deal is right for both parties.
Ultimately, a lease can be a valuable tool for less complex operators, and especially for those who are making a first foray into aircraft ownership.

How to Choose the Right Aircraft Finance Lender
When Does Financing an Aircraft Make the Most Se...
How Does an Aircraft Lease Work?