How Does an Aircraft Lease Work?

What is an aircraft lease, what are the options available to lessees, and what are the advantages and considerations relating to selecting the right type? Dave Higdon asks Tony Bergeron and Frederic Larue of Echo Aviation Leasing Corp. 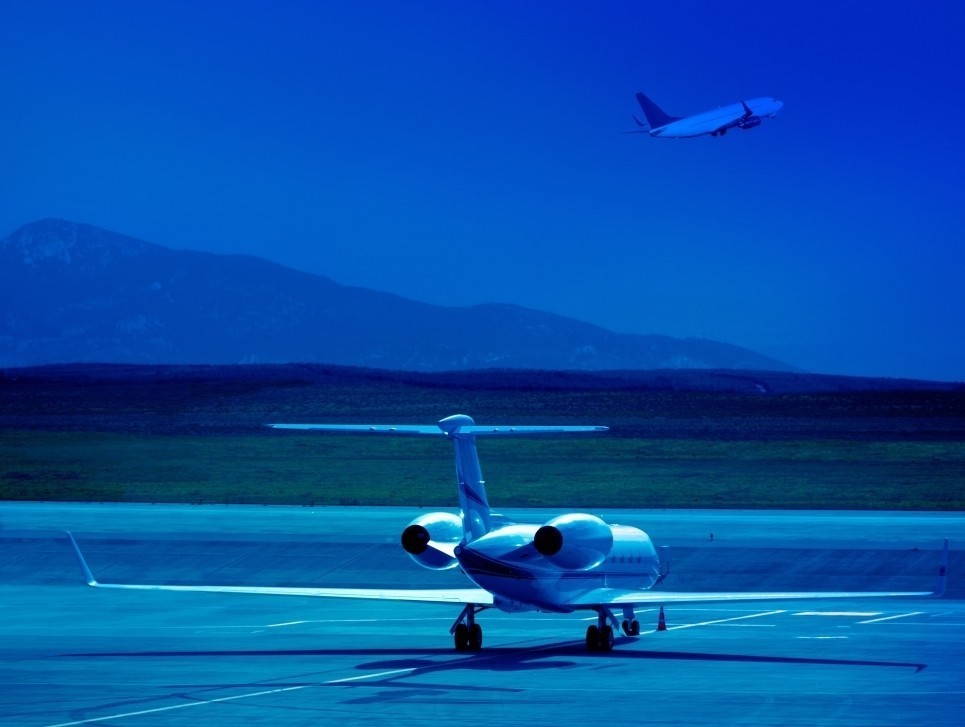 What is an aircraft lease, what are the options available to lessees, and what are the advantages and considerations relating to selecting the right type? Dave Higdon asks Tony Bergeron and Frederic Larue of Echo Aviation Leasing Corp.
You only need to have spent a little time around aviation to recognize the varied iterations of flying, including agricultural, business, personal, recreational, and sundry specialty utility operations. And then there are the variety of airplane types within a segment which also range widely (nowhere more so than within General and Business Aviation).
Similarly, the mechanisms available for accessing Business Aviation vary significantly, whether traditional ownership, fractional ownership or charter.
Again, when you drill down into each ownership type, you find further options – including aircraft leasing (in the case of whole aircraft ownership), which brings with it additional considerations.
What is an aircraft lease? What are the choices and benefits associated with it, and how does it work for aircraft operators? We spoke with Frederic Larue and Tony Bergeron, Business Aviation veterans and partners at Montreal-based Echo Aviation Leasing to learn more…
A Leasing Primer
Aircraft lessees tend to choose one of two options available: A dry lease, or a wet lease. “A wet lease (also known as an ACMI lease) is a structure where the owner or lessor of the asset provides the aircraft with the entire crew, maintenance and insurance to the lessee,” explains Larue.
“By contrast, a dry lease is a contractual agreement where the owner of the aircraft or the lessor provides the aircraft to the lessee without obligation to provide crew or preserve maintenance and insurance.”
So is a wet or dry lease the best option for an operator to choose? “It depends,” Bergeron explains. “When it comes to deciding on an aircraft leasing structure, there’s no right or wrong answer. Instead, the decision should be based on the greatest added-value for the client’s missions.

“In a sense, a wet lease could be said to mirror on-demand charter, except that the lessee gets the same aircraft and crew every time and a fully dedicated aircraft. However, wet leases face some limitations. They’re often used on a short-term basis (between one and 24 months). Anything shorter than this would be considered an ad-hoc charter.
“A dry lease, meanwhile, requires the lessee to operate the aircraft on its own Air Operator Certificate (AOC) or hire a third-party aircraft operator,” he continues. Moreover, a dry lessee often digests the costs associated with the depreciation of the aircraft. “To be worthwhile for all parties the lease should have a term of two or more years.”
Varying Constraints
Each type of lease brings its own set of limitations to the operation that an operator needs to heed. “The biggest constraint that a wet lease brings to an aircraft operator is the lack of control and the opportunity cost of maintenance and crew,” Larue explains.
“A dry lease provides much more business to an operator who can provide maintenance, crew and a specific threshold for safety standards.”
“To a certain extent,” Bergeron adds, “a dry lease allows an operator to provide constructive recommendations and influence a lessee’s decision with certain aspects of the aircraft.”
And, according to Bergeron, “Some important factors to note include tax considerations and regulatory restrictions which can arise with any type of lease.”
All these details should be covered in detail by a professional familiar with Business Aviation leasing. Such are the intricacies of any lease agreement. 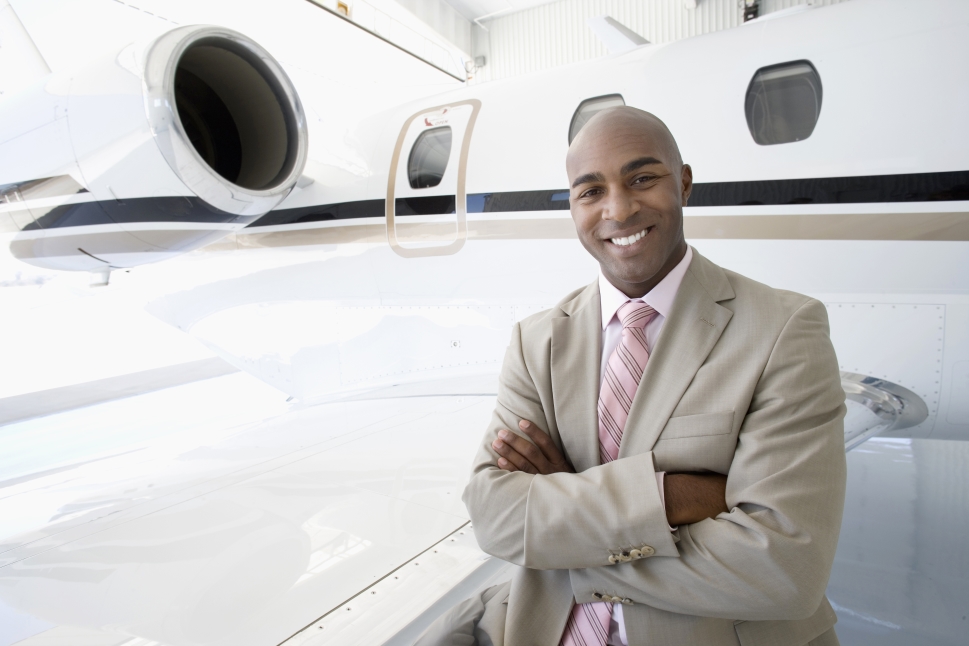 When's an aircraft lease right for you? A lease becomes more attractive to a corporation than a loan if the company does not need the tax write-off from the depreciation...
Crew Considerations
The different leasing options also involve different considerations for crew, Larue notes. “Crew is considered a very important factor with leasing an aircraft, since a grounded aircraft is nothing less than a costly money pit.
“With a wet lease, the owner/lessor takes care of this, whereas with a dry lease it must be arranged by the lessee.”
And lessees can enjoy some flexibility in how they fill those crew seats, Bergeron explains. “Several lessees may choose to hire their own crew in order to have a fully dedicated team committed to the aircraft at all times. As a more cost-friendly solution, some lessees may prefer to utilize a pool of crew supplied by their management company.”
Aircraft Lease Tips & Suggestions
Operators should be aware of some of the pitfalls that accompany leasing prior to deciding on a plan of action. To begin with, a lease may have certain covenants, including geographical restrictions and prohibiting commercial operations if the primary use of the aircraft is for corporate travel (Part 91), Bergeron notes.
Moreover, aircraft leases often have a maximum number of permitted annual flight hours, with an additional per-hour utilization fee, Larue adds. “That could become very costly – as could an early termination of a lease.”
Regarding dry leases, Larue highlights the importance of a pre-lease inspection, using an aircraft maintenance expert to examine and correctly inspect the history of the aircraft and maintenance schedule. “The goal is to ensure no major checks or inspection items become due during the term of the lease,” he clarifies. “Those events could result in a lengthy downtime and a high cost for an idled, leased asset.”
Finally, be mindful of any 'return conditions' terms in the lease. “We highly recommend taking the time to analyze this clause in a lease agreement and be sure that it makes economic and financial sense to all parties involved,” Larue stresses.

Factors in Choosing to Lease
With the cautions detailed, Larue and Bergeron both stress the many advantages that exist for those choosing to lease an aircraft as opposed to an outright purchase. “In addition to being less capital intensive, leasing an aircraft also shifts the residual value of the aircraft to the lessor,” Larue notes.
“A lease becomes more attractive to a corporation than a loan if the company does not need the tax write-off from the depreciation,” Bergeron adds.
“An aircraft in the US can be written off by a company to zero value for tax purposes in eight or fewer years. If during this term the company expects significant profits, the tax depreciation of the aircraft is one way to protect those profits.
“There are also some important accounting considerations, such as an off-balance sheet treatment, which may become very attractive to large corporations needing to respect certain financial covenants.
“In any case, the user can still write off the lease payments as an expense,” he concludes.
“The general rule of thumb is that a lease on a private jet will make economic sense for an individual or a corporation planning to fly less than 400 hours a year,” Larue summarizes. “Surpassing this number, the lessee should begin to consider an ownership structure given the adjusted lease payments for high usage and forecasted depreciation.”
About Echo Aviation Leasing Corporation
Echo Aviation Leasing Corporation is a finance and advisory firm in the aviation industry, co-founded by Canadian aviation finance entrepreneurs Tony Bergeron and Frédéric Larue. With a global presence, Echo provides value-added strategies and financing solutions to parties seeking knowledgeable advice.
Since 2005, Tony and Fred have funded over $3bn of aircraft transactions. The company’s specialized asset type falls within Corporate Jets, Turboprop and Rotary aircraft. With a fully dedicated aircraft sales and acquisition team and with offices in Montreal, Vancouver and Miami, Echo offers a true turnkey solution from the aircraft sourcing to the financing, leasing and acquisition. More information from www.echoleasing.com 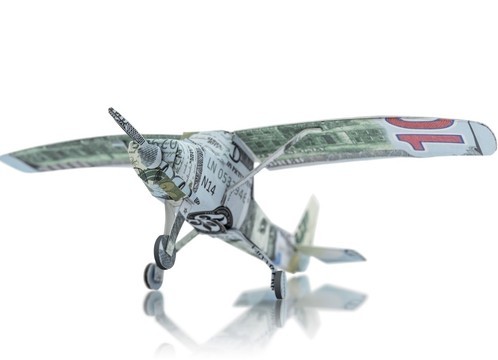 What are the Basics of Business Aircraft Financi... 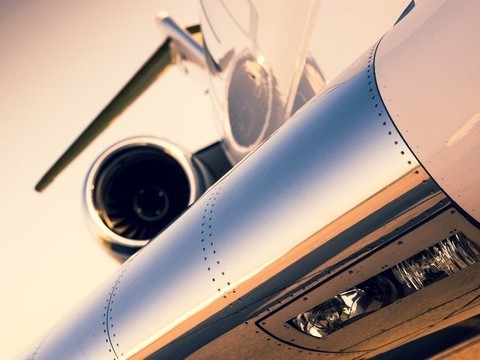 Is a Business Jet Lease Right for You? 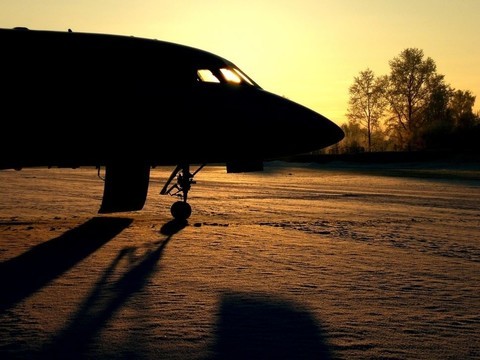 What to Ask When Your Aircraft Lease is Expiring