How to get Funding for an International Jet Transaction

What are industry insiders saying will maximize your chance of obtaining financing for a business jet currently based overseas? Rohit Jaggi sets out a selection of top tips and suggestions…

What are industry insiders saying will maximize your chance of obtaining financing for a business jet currently based overseas? Rohit Jaggi sets out a selection of top tips and suggestions…
The good news for anyone seeking to buy a business jet from overseas, even when one of the more difficult jurisdictions is involved, is that there are finance options available. The bad news is that going down that route might be more expensive. How much? It depends…
At the best of times private jet financing is fraught with difficulties. For lenders, the asset is moving not just physically, perhaps into jurisdictions that might pose extra difficulties (i.e. getting their hands on the asset), but also unpredictability in value as the jet ages and as manufacturers bring out newer, faster, better models.
Understand What Motivates the Lender
According to Paul Jebely, who from Hong Kong leads private wealth and asset finance practice of law firm Pillsbury Winthrop, “There has without question been a very significant slowdown in business aircraft financing over the past 12 months.” Systemic uncertainty in the financial markets is making business jet lenders more cautious, he adds.
But there is still a range of organizations competing to lend tens of million dollars for a jet purchase. The first is for those who don’t really need to raise the money but want to because their wealth is in illiquid assets, or because they want to park part of the risk with someone else.
Private banks – the likes of Credit Suisse and UBS – might lend money for a jet because they already handle, or want to handle, your money. There was a time, not long after the financial crisis of a decade ago, that such lenders would give you $30m, say, if you had $30m with them.
They might have relaxed that somewhat, but as Jebely says, the best way to increase your chances of getting the funding is “acting like you don’t need the funds at all”.
As he says, “a key motivator for many business jet financiers is to keep or win your business. This is most apparent for private banks that have sizeable requirements for assets under management.”
These institutions, whose loan is based more on the borrower than the asset, might be a good source of funds for clued-up buyers purchasing an aircraft from a trickier jurisdiction (i.e. from some African countries), suggests Brendan Lodge, UK-based aircraft acquisitions specialist with Support Services Inc. Such lenders might also provide funds at keen rates - maybe just one or two points over Libor.
And as Aiofe O’Sullivan, partner at the specialist London-based practice The Air Law Firm, points out, they prefer to keep funds separate so even if a problem arises they won’t automatically magic the money out of the funds invested with them.
Then there are the more traditional aircraft lenders, such as Investec. They’re not frightened of offshore structures and will typically be offering 80% or better loan-to-value figures with competitive margins of probably 2-3% above Libor, with large corporations maybe getting a better deal.
Close Brothers is also shaving its margins by taking extra special care with the loans it is underwriting. And then there are the newer funds such as Shearwater Aero Funding that are more comfortable taking greater risks in less easy jurisdictions – those that have a very different legal system, or a high corruption index, say.
These lenders (which have risen in the 10 years since the global credit crisis) might be more attractive for some cross-border deals as they base their loan on the asset rather than the borrower.
They want a ceiling of 60-65% of loan to value, and they will charge a higher margin of 6-8% above Libor, possibly more. But Lodge says he expects competition between the high-margin funds to bring their rates down over the next year. 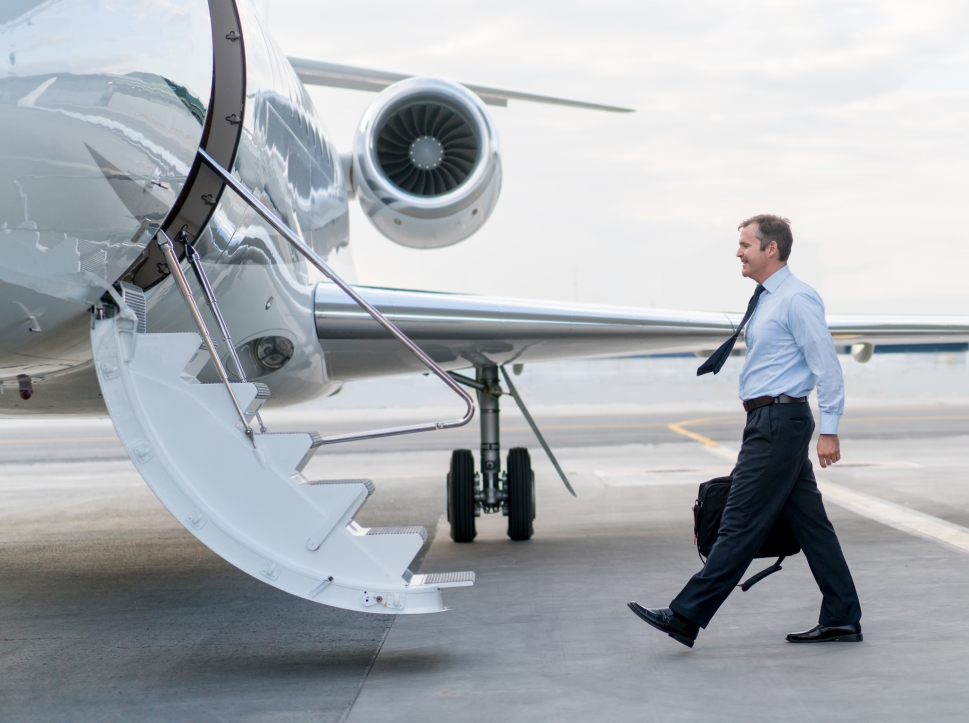 Factors Impacting Ease of Borrowing
Within this broad overall lending infrastructure, which as O’Sullivan says comprises “a fairly active funding market at the moment with lots of new entrants, each with its own access point”, there are many other factors that determine how easy it will be to finance an aircraft.
Age and condition always matter. But jurisdiction is a key variant. “Some banks have a list of banned jurisdictions,” says O’Sullivan.
“Even overflight of countries such as Pakistan, Iraq and Afghanistan can be ruled out, making UK-India a convoluted trip, for example. “If you are Turkish and need to get back to Turkey regularly, some banks would not be interested.”
This is where the higher-margin funds can come in. They may be more prepared to take on more problematic jurisdictions where a different legal system might pose a greater risk of being able to get control of the asset.
Examples include Kazakhstan, Arab countries – and even Italy. But it will cost, with extra percentage points on the loan.
Funds are rubbing their hands together at the prospect of funding loans for jets in some African countries at 10 points above Libor, according to one insider.
And as Jebely puts it, “most of my clientele is international but I also handle deals in the US. Compared with pure domestic US financing transactions, global transactions are generally significantly more involved. This is due primarily to distinctive regulatory regimes, financial transparency habits and business cultures.”
One big uncertainty is the UK’s pending exit from the European Union and how it will alter fundamental issues such as where to base an aircraft. “No one knows,” says Lodge. “We may not even benefit from the fundamental nine freedoms of the air, if there is no deal on withdrawal from the EU.”
But the UK does not have a monopoly on complications. Even within the US “all states have different tax rules,” Lodge notes.
All this points in the same direction, Jebely says: “I represent many ultra-high-net-worth individuals and corporate owners of aircraft, and my best advice for any buyer or borrower is ‘be advised’, especially given the complexity of these transactions and, frankly, the fact that the business jet market globally has more than its fair share of miscreants.”
Apply to the Right Lender, First Time
Both brokers and lawyers will say that the loan application must be made to the most appropriate lender the first time. “One of the biggest mistakes,” says O’Sullivan, “is to flood the market with your application. Talk to a broker, talk to us, and then we’ll advise on which lender to approach.”
That should start with a healthy dose of scepticism. “Be realistic about the value of the aircraft and the consequent loan-to-value impact,” advises Jebely. ”Even in this market, it is possible that you agreed too high a price for your new or used aircraft.” 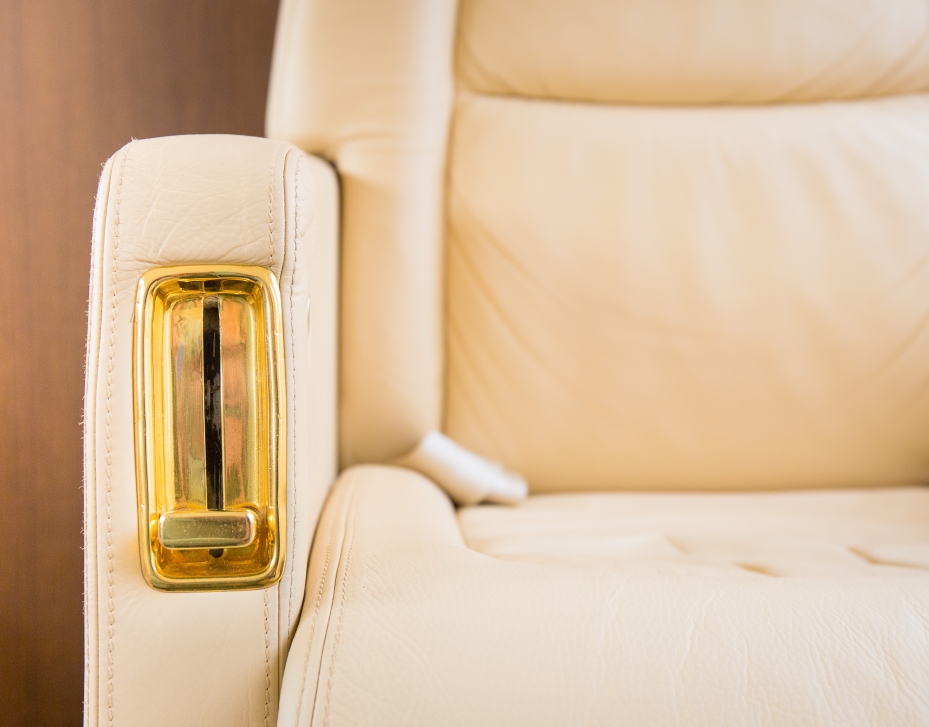 It also makes sense to work out the structure you want early. Jebely says: “Think through your aircraft ownership and registration structure in advance and, ideally, have a clean and friendly enough structure in place that allows a lender to ring-fence its collateral without a restructure.”
And, he adds, decide early whether you are willing to give a personal guarantee. “A personal guarantee, especially on a full recourse basis, should result in lower cost of funds.”
Clarity is also key, especially if cross-border issues are already providing a cloud layer of complication. “Present financial information coherently and transparently. If there is financial information that you do not wish to disclose, say so,” Jebely adds. “Audited financial statements are always best, but not always available.”
O’Sullivan adds that there are often problems in demonstrating collateral. “Make sure it’s easy,” she says.
How to Remove the Chance of Problems
And to make sure the financing goes through with no problems, says O’Sullivan, “improve how the deal looks by picking a proper operator”. As Jebely says, “not all operators are created equal – make sure yours is professional and reputable.”
By the same token, “it is best for both you and the bank that your aircraft is enrolled in an engine program,” says Jebely.
Leasing is becoming more popular, says O’Sullivan, mirroring the commercial aircraft market where something like 75% of the global airline fleet is leased.
“I see leases as the future for private aviation,” she says. But they are not a magic bullet. “If you think you’re getting around the residual-value issue then you’re probably not looking hard enough,” she says.
In Summary…
Overall, doing deals across jurisdictions means getting the best advice from those with expertise in those areas, whether valuers or lawyers, and making sure you know the extent of your own liabilities.
O’Sullivan spends a lot of time rewriting contracts to make sure operators end up with responsibility for operating issues, rather than owners.
Jebely expects the slowdown to continue “over the next 12 months at least”. That may mean relatively keen prices for aircraft. But that’s not much use if the overall deal fails to tackle some of the problems that could damage you most…