Should you arrange your next aircraft purchase with the same lender that financed your last business jet, or source a new provider? Dave Higdon highlights some of the key points to consider...

Assuming you will be financing your next aircraft acquisition, the time has come to speak to a lender. But which one?

It may be that you also financed your previous aircraft and have a pre-existing relationship with a BizAv finance provider. Like any savvy financier, that institution would undoubtedly love to retain your business and finance the next jet, too. But should that mean you borrow from the same lender by default?

Over the intervening years, a lot will have changed in the economy and the credit market. What should you do?

At this point an historical review of that prior deal would be a good starting point, according to executives of companies which are active in underwriting aircraft finance deals. But keep in mind, this is only a starting point.

You want to get as good a deal as possible, whether you are buying something different or merely looking to refinance the existing airplane. The existing agreement may have been signed at a time when interest rates and terms were much less consumer-friendly. How do they stand up by today’s standards?

To prepare for a productive discussion, outline the business-specific needs for which an aircraft helps.

Moreover, try to include in your calculations your company's growth expectations – and how growth may impact your aircraft's utilization. If your company already knows it will expand or add facilities, factor in that information, with a snapshot of the locale, the nearest airports, and how added facilities may impact aircraft use.

Armed with such information, you are ready to shop the aircraft finance market.

Much Has Changed, Much Hasn't

Depending on how long ago your company closed on its current aircraft, many factors in aircraft finance will have changed. That's a certainty. Determining whether those factors changed for the better means gauging the depths of today's finance market.

Today's historically low interest rates have translated into much more favorable financing deals, which is especially good news for operators seeking to buy, or trade-up.

The combination of better terms and lower interest rates may also combine to encourage refinancing for extra capital that can be used to pay cash for required upgrades. These could include adding or upgrading in-flight connectivity, the inflight entertainment system, or having a refurbishment done.

Demand for some business aircraft models currently may tempt some operators to sell their existing jet, picking up something newer, bigger, and faster.

Leading brokers and dealers suggest first pinning down a deal on the replacement aircraft (advantageous with today's better terms and lower interest rates).

With an active market for pre-owned business aircraft finance, institutions are finding themselves competing more to make loans, which helps keep interest rates low, and also keeps pressure on the terms offered. 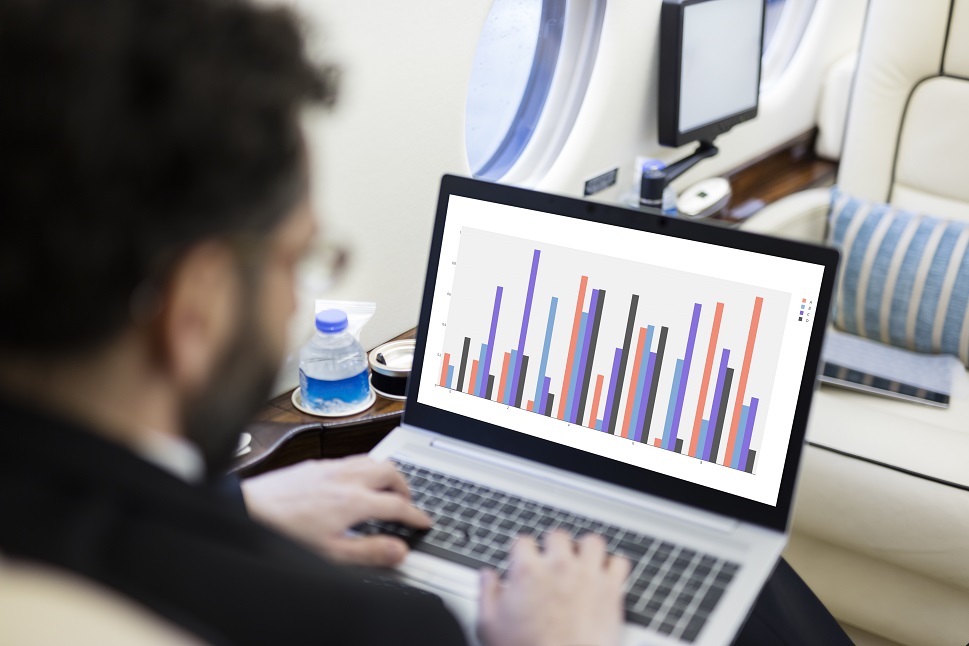 Ultimately, though, the decision to refinance ought to be based on some old-fashioned analysis. Is somebody offering better terms at the same interest rates? Then you need to look at the costs of refinancing. If the refinancing adds appreciably to the cost, those higher costs may neutralize any savings made from a lower rate.

If, however, the refinancing shortens the loan term, costing less thanks to the lower interest rate, then you have a deal worth pinning down as quickly as both parties can complete their due-diligence examination.

Remember, the goal of refinancing should be to reduce the operator's costs, or to cover the costs of any needed upgrades to the aircraft.

It’s All About the Bottom Line

Every finance executive we spoke to made their first piece of advice straightforward and unequivocal: The decision to refinance should not cost anything. It should actually pay…

That last goal will appeal to a lot of operators who bought and financed their business aircraft back before terms and interest rates started their downward trajectory.

There's simply no good reason to stick with a high interest package when lower-cost options abound.

So, when talking to your existing lender about a new financing package, you should check that their terms stack favorably compared to what other lenders are offering.

For those who are not yet believers in private aviation, but who are weighing it as an option in the near future, it may be prudent to start shopping sooner rather than later. Interest rates and loan terms are unlikely to get much better than this.

Are you looking to buy a plane? Find private jets and turboprops for sale on AvBuyer.

When to Start Shopping for Aircraft Finance
Financing an Aircraft? Did You Check the Small P...
How to Evaluate a Business Aircraft Lease Soluti...