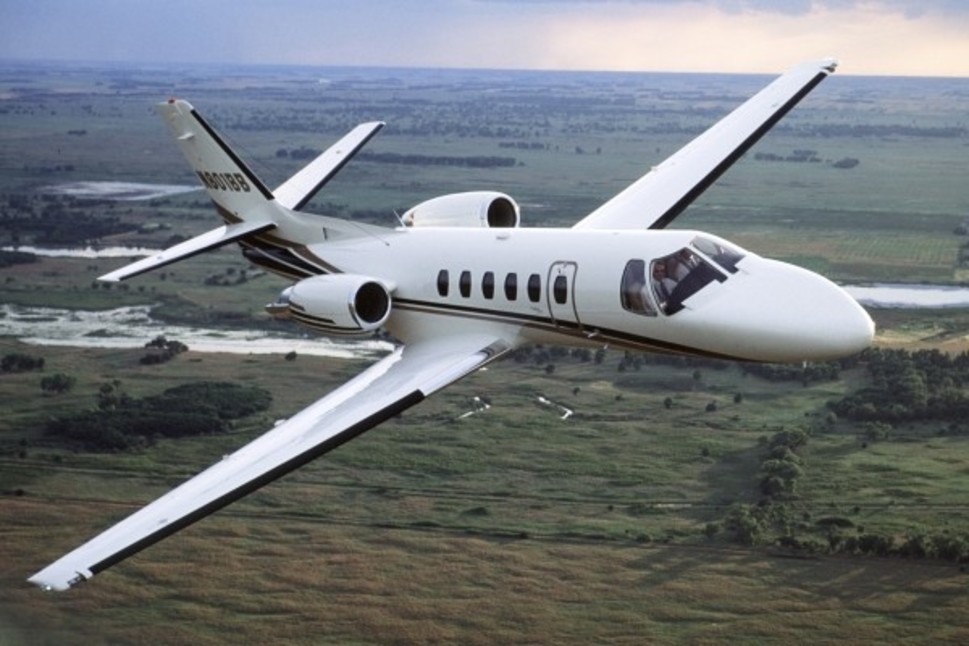 Martin Ormon, founder of Aircraft Finance Corp, has been financing older aircraft for clients since before the 2008 recession. Dave Higdon discusses his successful business model centered on a niche few other lenders will consider…

Those with memories of the business aircraft market in 2007-2008 will remember one of the factors that undercut residual values: A steep decline in financing options for aircraft aged 10-14 years, and the near-total collapse in loan opportunities for aircraft aged 15-plus.

Loans on aircraft older than 10 years required significantly higher down-payments, came with shorter terms, and commanded higher interest rates. For aircraft older than 20 the bar rose even higher. Overall, money to finance anything but factory-new was scarce. For those who found any options, they were expensive.

While conditions in the business aircraft market have improved markedly in the years that followed, loans on older business aircraft didn't return to the levels and terms before the current market glut brought a slowdown in pre-owned aircraft transactions.

Meanwhile, beginning before the downturn, through the slump and into better times, one company has been offering terms and rates on older jets and propjets. Aircraft aged 10, 20 - even almost 30 years old are all part of its loan portfolio. Martin Ormon, Founder of California-based Aircraft Finance Corporation, is committed to providing clients with highly competitive rates, with highly competitive loan programs and a highly personalized service.

At age 27, Ormon founded a successful hedge fund in 1992 after getting started in the field working for other people. “I went to work on Wall Street but didn't really like the people,” he told AvBuyer in a recent interview. But those times opened doors, helped his practical education, and put him in the company of business aircraft operators.

One of his hedge-fund clients owned a relatively new Beechcraft Hawker 800; they needed financing for a piece of property on which they wanted to build a dealership. “They got in touch with me about some land they wanted. I saw what they wanted – they didn't want to tap their credit line. So we used the Hawker as collateral on a short-term loan,” he recalled.

But after 15 months, he recalled, they still couldn’t get their act together. “The deal fell apart and I wound up taking the Hawker. My partners looked at me and said, ‘Ok, smart guy, what now?’” He told them they were going into the aircraft business…! So in 2000 Ormon started Aircraft Finance Corp.

Ormon found a client who leased the Hawker 800 for three years, which almost paid off the note. “I leased it again for a while, and then sold it to a buyer for zero down - and we made money.

"It turns out that the residual value of an aircraft holds well long after it's been fully depreciated for tax purposes.”

That difference in approach works for the buyers he finances, for the sellers able to move their old aircraft, and for Aircraft Finance Corporation. In August 2000 Ormon started his small aircraft finance bank and let it make money for him. “I didn't think much more about the small amount of business we were doing...until the downturn,” he recalls.

“It was in 2006-2007 that pre-owned business aircraft sales started dropping,” he recalls. “Everybody was leaving the market, with thousands of aircraft out there and available. I saw it as a great time to get in.”

With investment funds from some of his hedge fund clients, he ramped up Aircraft Finance Corp to a higher level, taking an approach nearly completely the opposite to the conventional banks. So far, he's been profitable on his terms.

“So many financing companies don't want an older airplane on their balance sheet,” Ormon reflects. “They get rid of them if they're 12-14 years old - but they're still viable! I based my amortization on 20 years. And that's why I’ve created this niche. It works.

“The bankers all laughed while I took on such loans during the downturn, but throughout the slump I had no defaults. Many of the bigger banks suffered multiple defaults.”

Part of Ormon's success grew out of his achievements as an investment banker - consequently, Aircraft Finance Corp uses relatively little outside money to underwrite its deals. “We are our own bank,” Ormon stresses. “Eighty-five percent of our money is our own through our partnership with two federally chartered banks. We guarantee our clients loans. We write the deal.” The other 15 percent comes from private-equity financing Aircraft Finance Corp arranges.

Asked whether the difference in practices stems from failing to appreciate the difference between residual value and depreciated value, Ormon nearly leaps off his feet.

“Exactly! You can buy a Hawker 800 for $4m that was $17m new. If the airplane’s enrolled on an engine program, we’re comfortable to write the loan for 20 years. The owner won’t usually keep it for the 20 years (the average is 4.5 years).

“They sell it, pay us off, and get another airplane that we can lend on.

“Some of the bigger banks might give that owner 5-7 years, and if the market goes south or fuel costs spike, the owner will walk away leaving the bank with an expensive, inactive asset that’s costing them money...”

In a recent press release Business Aviation analyst Rolland Vincent noted, “These are dynamic times for our industry. What had seemed a steady march toward recovery these last several years, has now taken a bit of a stumble. This is evident in OEM deliveries and operator sentiment.”

He also notes that deliveries of new business aircraft are declining and future growth forecasts have been dialed back multiple times. This reversal is also evident in a growing inventory of unsold pre-owned business aircraft. “We are tremendously oversupplied in this industry. That oversupply is probably the biggest factor driving prices down.”

Vincent's calculation of the US market estimates that approximately 3,800 business jets remain idle. A large portion of them are older than 10 years, meaning there's plenty of potential for the financing of older business aircraft. For his part, Ormon doesn't agree that the aviation market is “lousy” as one analyst recently told AvBuyer.

There is a lesson, Ormon acknowledged, in the problems mortgage companies, homeowners and finance firms faced as they struggled through the Great Recession: It pays to keep the asset in use. “If you’re in this market for financing older aircraft, you need to want to keep your customer flying and keep your margin of financial safety there,” he said. Keeping older aircraft financed, flying and financially viable is largely a matter of flexibility and sensibility.

“When you're focused on non-performing assets you don't repossess,” he explained. “When you repossess, you're left with an empty house or an inactive, underused, expensive asset like an aircraft sitting in a hangar...and it’s costing you money.

“It’s better to renegotiate the note,” he offers. “Help the customer through the rough spot so that when they sell everyone comes out whole. After all, in the event of repossession, everybody loses…” Find out more about financing older aircraft at www.aircraftbanker.com.