How to Plan Resources for a Second Pilot

While business jets and turboprops certified for single pilot operations allow flexibility, there are some key considerations to make as to when a second pilot provides a good safety buffer and valuable service. Mario Pierobon explores…

Though a second pilot is not necessarily needed in aircraft certified for single pilot operations flying Very Light and Light Jets or Turboprops, with appropriate planning, one can be added (depending on the challenges presented by the type of operation) in order to enhance safety.

Luigi Ippolito, Crew Training Manager at Alidaunia, says that based on the applicable regulations two pilots may be required in a cockpit during night flights and/or under instrument flight rules (IFR).

Nevertheless, he adds, “it is always a good practice to have two pilots in high-performance airplanes, particularly considering the benefits in terms of [shared] workload management and human performance.”

Indeed, workload management is a core reason why a second pilot may be necessary – the cockpit is a complex environment and can require participation from both pilots.

“One example is that of helicopter pilots performing external load missions in a dual cockpit scenario,” notes Kim Hutchings, Owner and CEO of Volo Mission. “One pilot may be looking out and down, working with the long-line and load, while the other is keeping an eye on the gauges and reporting back to the pilot doing the long-line work.

“Generally, the decision to add a second pilot for aircraft certified in single pilot operations comes down to increasing safety for pilots working in complex environments who must focus on multiple things occurring simultaneously.”

Who Makes the Decision?

The decision about having a second pilot onboard is a very important one for an air operator as it can significantly affect the bottom line. There are some important factors that should be considered when deciding whether to hire a second pilot.

“The air operator may…have its own strict criteria for crew composition [aside from what the regulations dictate], set out in its Operations Manual…” suggests Ippolito, while, according to aviation safety consultant Nuno Aghdassi, the decision about having a second pilot onboard should rest with the accountable manager within the flight operation, or the aircraft owner, depending on the circumstances.

“Important factors to consider are the qualifications, the skills, the levels of proficiency, but also character, in order to foster proper Crew Resource Management (CRM) between pilots,” he adds.

“What may influence the decision are things such as the type of mission, the company’s safety policy and procedures, and/or insurance requirements”, Hutchings explains. 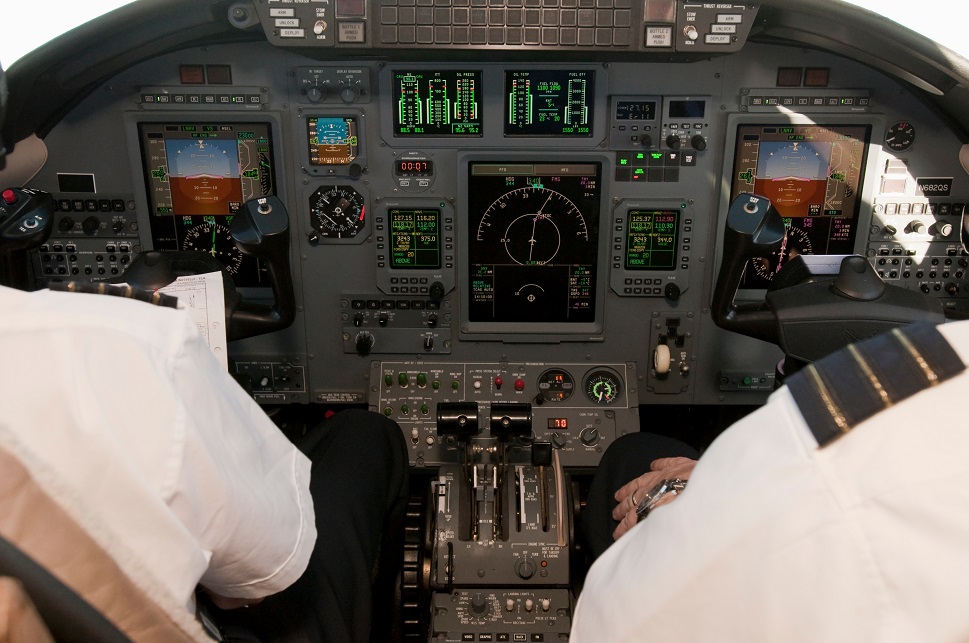 A flight department should ultimately have processes in place to determine the need for a second pilot, and make long-term resource plans to facilitate this.

“Those overseeing flight operations – for example, the safety manager and the chief pilot – need to assess the risk of an operation, determining whether or not a second pilot should be on board”, Hutchings continues.

Adding a second pilot to the flight department is not a trivial matter, though, and could even be counterproductive if due diligence is not performed, a process should be followed to identify and assess the risks, and to adapt procedures, training, protocols, etc. to accommodate a two-crew team in an aircraft that’s certified for single pilot operations, according to Ippolito.

This is necessary in order to gain the [full] safety benefit of having a second pilot in the cockpit. An assessment of the cockpit workload peaks during specific operations could actually dictate the need for always having two pilots on board, he adds.

“In addition, when needed, a co-pilot who has ‘grown up’ within the company may be considered an important asset.”

There are some best practices that should be followed to coordinate two pilots on the flight deck of an aircraft certified for single pilot operations, and they also include training.

“The risk assessment would identify which tasks can be delegated to the second pilot, his or her roles and responsibilities, and what needs to be adapted in order to achieve optimum performance and safety,” Aghdassi says.

Every pilot should receive some level of CRM as a standard practice, but those working in a dual cockpit should have additional training in leadership and emotional intelligence, according to Hutchings.

“CRM training provides more of an introduction to crews working together,” she elaborates. “Leadership and emotional intelligence training and coaching can be used to expand on CRM, creating a more effective, efficient, and safer working environment.

"These tools teach people to communicate much more effectively, manage stress and workload, improve decision-making, and work better as a team.”

A detailed set of Standard Operating Procedures for multi-pilot operations (MPOs) should be developed by the air operator according to the type of operation, Ippolito advises.

“Considerations must also be given to specific cockpit layouts as single pilot aircraft, which may have switches or knobs far away from the co-pilot side.

“Both pilots must also be trained and checked using flight simulation training devices in a MPO environment. A typical training scenario is the ‘subtle’ Captain incapacitation during take-off or landing which can be discovered using proper callouts in the operating environment,” he concludes.

While a second pilot can be highly beneficial within some flight departments operating single-pilot Turboprops, Very Light Jets and Light Jets, don’t just assume that adding one will automatically yield those benefits. Gaining the advantages of a second pilot in a single-pilot aircraft is achieved only through careful planning, and appropriate training.