How is LYCOMING Committed to Innovation?

Continued investments in facilities, innovation, technology and people... Lycoming Engines has been producing piston aviation engines out of its factory in Williamsport, Pennsylvania since 1929. Its first aviation engine, the nine-cylinder radial R-680, powered applications such as Stinsons and Steadmans. 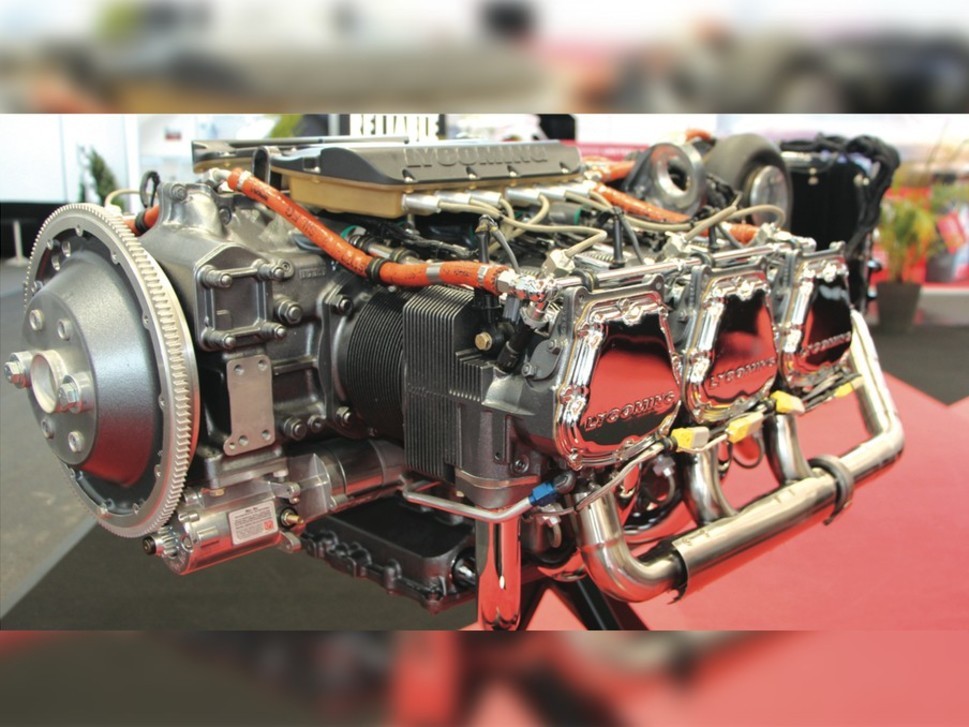 Lycoming began producing horizontally-opposed piston aviation engines in the late 1930s, and today invests in piston aviation technology to serve and advance the general aviation community. Following are a few of the ways Lycoming has better positioned itself to meet the demands of the market…

Lycoming continues to make enhancements to its 100+ year old facility to improve its manufacturing capabilities and better support its customer base.

In 2010 the company launched its in-house piston line, which consists of a series of machines with robots that turn raw forgings into pistons. The piston manufacturing cell has the capability to produce one piston every two minutes.

Driving innovation requires a dedication to the development of new capabilities and continuous improvement. The Lycoming Materials Laboratory is one of the most advanced labs of its kind in general aviation, staffed by some of the most capable scientists in the industry.

The Materials Laboratory performs basic research that enables Lycoming to develop significant enhancements to its engine components. Whether it’s improving wear characteristics to extend the component life of genuine Lycoming parts or improving materials to help boost the horsepower of the latest Lycoming engine models, the Materials Laboratory’s science spurs innovations that cannot be duplicated in the industry.

iE2: The Integrated Electronic Engine (iE2) represents the flagship of Lycoming’s innovation. iE2 couples the reliability customers expect from Lycoming with state-of-the-art aviation technologies. This electronically-controlled engine system provides a truly unique flight experience. The iE2 engine uses advanced computer logic, so engine parameters have double or triple redundancy. Pilots get the performance they desire without the weight and cost of additional sensors.

iE2’s single-lever controls allow pilots to manage mixture control and propeller control electronically so they can focus on what's ahead. Using engine data from recording technology, mechanics have deeper insights into your engine's performance. The iE2 engine uses optimized and automatic fuel leaning for improved fuel efficiency during take-off, climb and cruise.

Tecnam of Italy is utilizing a single turbo, non-intercooled Part 33 certified TEO-540-C1A iE2 on its twin-engine 11 passenger P2012 Traveller aircraft. TECNAM installed the iE2 engines on its test aircraft in late 2015 and first flight was in July 2016. Over 100 flight hours have since been recorded in the Traveller test program, with the Traveller making its public debut at the 2017 AERO Friedrichshafen.

iE2 also powers Evolution Aircraft Company’s Evolution Piston aircraft. Designated as a YTEO-540-B1A, Evolution’s iE2 configuration delivers 350HP from a twin turbocharged and intercooled six-cylinder arrangement. The propeller governor is electronically controlled, along with other systems, to maximize performance of the engine and aircraft.

390 Series: Cirrus announced its G6 SR20 in January 2017, which features a Lycoming IO-390-C3B6. This engine is a newly designed 215HP Lycoming IO-390 with a cold air induction system, and marks the first certified production Cirrus aircraft to be powered by a Lycoming engine. Cold air induction pushes cold air directly into each cylinder and carries more oxygen into the cylinders, translating into more power and better efficiency.

The 390 is capable of consuming fuels other than 100LL and is an example of how Lycoming is working to provide the consumer with more choices and features.

Lycoming now offers an interactive “Thunderbolt Engine Builder” tool at www.Lycoming.com, which enables customers to configure a Thunderbolt engine of their choice.

Lycoming continues to invest in the testing and compatibility of various fuel options with Lycoming engines to stimulate advancements in aviation technology. Lycoming has received ASTM D7547 UL 91 unleaded avgas approval on numerous engine models, and these approvals are documented in the company’s Service Instruction 1070 -Specified Fuels for Spark-Ignited Gasoline Aircraft Engine Models.

Lycoming Engines has a robust heritage, and is committed to the future of general aviation through its continued investments in facilities, innovation, technology and people. These investments help Lycoming to continue serving its customers around the world, providing them with the reliable power and support they expect from the company.

A ‘myth’ about purchasing a Lycoming Factory engine is that there will be chargebacks once the core engine has been inspected at the factory. This cannot be further from the truth. In fact, so long as the like-model, operating core engine follows the policy outlined in Lycoming SL250A, there will be no penalties or chargebacks. In fact, your eligible factory engine will be upgraded to Roller Tappet Technology at no extra cost.

More information can be found at the Airpart Supply website:

Airpart Supply’s trained staff are also ready to help with any enquiry you may have.
Contact Details:Telephone: +44(0)1494 450366 Email: sales@airpart.co.uk