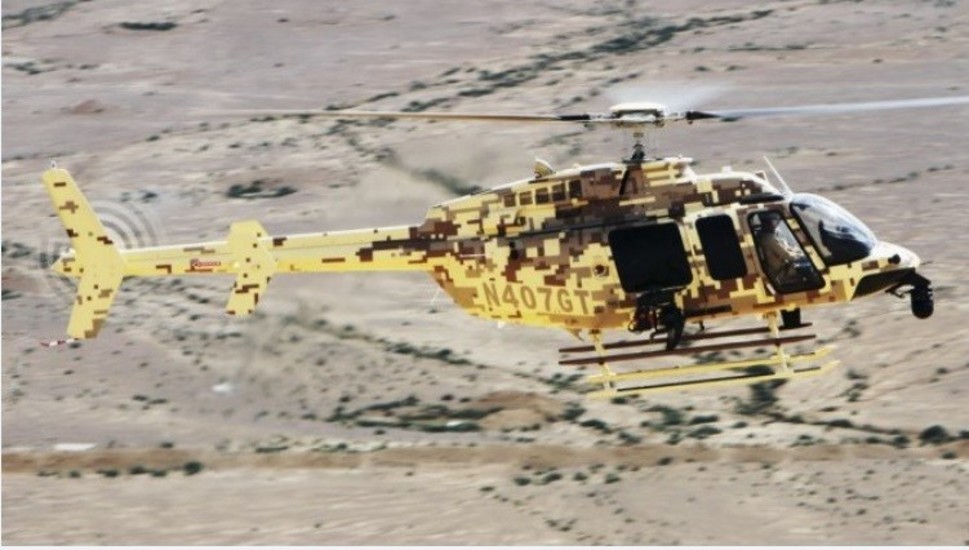 Bell has confirmed its milestone sale and delivery of the first Bell 407GT to BBM Inc., to operate in the Middle East and Africa. The Bell 407GT is the armed version of the Bell 407GX, and will be used to perform a variety of missions including law enforcement and homeland security.

“We are thrilled to be the launch customer and to introduce the Bell 407GT to the Middle East and Africa,” said Fred Hees, CEO of BBM Inc. “We were very impressed by the aircraft’s performance and unique capabilities, and are excited to bring this advanced aircraft to our customers in the region to provide a cost effective armed aircraft solution.”

BBM Inc. has purchased 16 Bell 407GXs earlier this year, and has signed a letter of intent for a Bell 505 and a Bell 525 and is focused on providing their customers with industry-leading products. “Our initial success with the Bell 407GX has expanded our capability exponentially in the Middle East and African markets,” added Hees.

Bell Helicopter, announced towards the end of June, the sale of the first Bell 412EPI in Europe to the Czech Police. The helicopter will be used for search and rescue missions and is expected to be delivered by the end of the year. The Czech Police have been a long time customer, operating variations of Bell 412 aircraft for over 20 years.

“The BELL 412 EPI is one of the most reliable, rugged and versatile helicopters on the market,” said Tomas Hytych, Director of the Czech Police Aviation Department, Czech Police. “The new EPI state-of-the-art technology combined with the affordable total cost of ownership, made the BELL 412 the obvious choice to accomplish our search and rescue missions. BELL Helicopter’s customer service reputation and easy access to a BELL Helicopter customer service center in Prague also played an important role in our decision making.”
MI – www.bellhelicopter.com

On 24-26 June, representatives of 70 countries’ security agencies and a delegation from the UN had the chance to learn more about the products that are made at Ulan-Ude Aviation Plant, a Russian Helicopters’ company (part of State Corporation Rostec).

The delegates at Ulan-Ude Aviation Plant were shown models of Mi-8/17 helicopters, and to view one of the world’s most popular medium military transport helicopters, the Mi-171Sh, on static display. This helicopter boasts a host of features designed to enhance safety. It is used in peacekeeping missions, anti-terror, law enforcement and surveillance operations, missions to counter narco-trafficking, search and rescue missions and on patrols.

Operators report these helicopters perform well in mountainous areas, in extreme temperatures, and arctic and tropical climates. The Mi-171Sh is renowned across the globe for its impressive flight capabilities.
MI – www.russianhelicopters.com

Work on a new helipad for a Sheffield hospital in the UK, has finally taken off after years of fundraising. Lord Mayor of Sheffield Talib Hussain was on hand to officially mark the start of building work on the Northern General Hospital’s brand new helipad, which hospital bosses say will save lives.

The new primary helipad, which will be right outside the doors of the emergency department, is expected to be up and running by spring 2016. Lord Mayor Cllr
Talib Hussain took part in the ‘ground breaking’ ceremony to officially kick-start the building process for the new landing facility.
MI – www.sheffieldhelipad.com

AgustaWestland announced at the end of June, that Atlantic Airways has signed a contract for two AW139 intermediate twin helicopters.

The aircraft will be used to perform SAR (Search and Rescue) missions and scheduled passenger transportation within the Faroe Islands. The helicopters are expected to be delivered late 2015 and in spring 2016 respectively, and will replace two B412s.

This latest contract marks the entrance of AgustaWestland helicopters into the Faroe Islands and further strengthens the already significant presence of the AW139 in Northern Europe, where it is used by a number of government and private customers in many countries to carry out a range of missions including passenger transport, search and rescue, emergency medical service, offshore transport, law enforcement and military duties.
MI – www.agustawestland.com and www.atlantic.fo

Equipped with a new cargo sling, the H130 version will demonstrate its versatility by performing a full range of aerial work assignments, while also supporting the Swiss operator’s other missions – including passenger transport and emergency medical airlift services.

“We look forward to the service introduction of our H130, which brings a modern, high-performance helicopter to our fleet that also meets the latest safety standards,” explained Air Zermatt CEO Gerold Biner.

The H130’s new cargo sling system has a hook capacity of 1,500 kg. When its load is released, the hook automatically transitions to a forward position, which allows maintaining the necessary fuel tank crashworthiness.
MI – www.airbushelicopters.com and www.air-zermatt.ch