The Age Of E-Flight - One Of The Best Times In Aeronautical History?

The first electric driven air vehicles had been Zeppelins and flew more than 100 years ago. But a little more than just 10 years ago the history started new and now you find e-flight and electric aviation everywhere. Companies from Siemens up to Airbus look at this field. And they look at small aircraft to realize concepts to the ultralight and LSA class because nowhere else you can realize new concepts quicker than here. 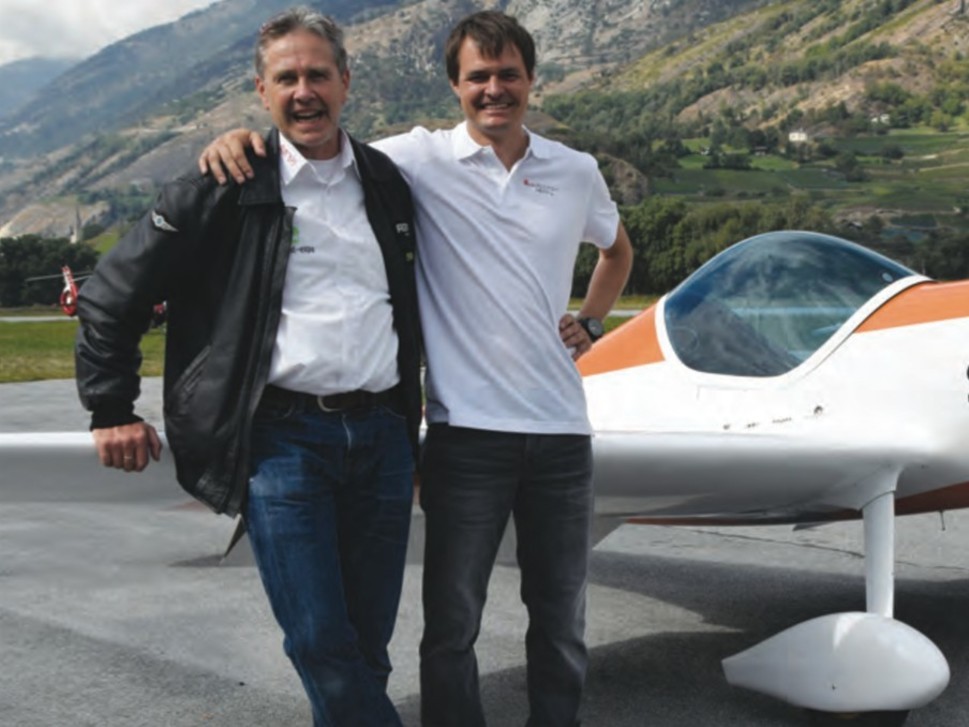 Now may be the best time for aircraft designers ever since the jet age. Taking the advantages of smaller, faster and cheaper computer chips and sensors, cheaper and more powerful batteries and motors, autonomous software from smart phones, consumer drones, and automobile industries, electric aircraft and new concepts for electric vertical flight are mushrooming.

This eVTOL concept became a hot topic when Uber released its white paper on an on-demand eVTOL urban mobility called “Elevate” last October, and became viral after the Elevate Summit conference in Dallas, USA this April. When anything draws the attention of Silicon Valley, it is on the fast track. Silicon Valley has the passion, determination, capital (lots of), and the desire to succeed.

Kitty Hawk Flyer, the company financed by Google founder Larry Page, has announced they are accepting deposits for this single seat Vertical take-off manned Multicopter in the Part 103 Ultralight class which will be in the market by the end of 2017. Elon Musk has mentioned the supersonic (that’s correct) eVTOL aircraft at a dozen occasions. Even Airbus set up its eVTOL branch at Silicon Valley.

The Elevate Summit is a gathering of who’s who in the aerospace community. Almost all the names you have heard of or are about to hear of in the industry showed up.

Uber ended up forming partnerships with five aircraft manufacturers to design, build and test eVTOL prototypes by 2020. Volocopter, the two seat electric multirotor eVTOL, has obtained the ultralight type certificate in Germany. Dubai has partnered with Volocopter to test fly their X2 multirotor in the Dubai city by the end of year.

Dallas, US is also eager to try out the urban aerial mobility concept. Tilt wings, tilt rotors, multirotor, multi electric ducted fans (EDF), fixed wings, helicopters are all the indicators of the diversity, possibilities and excitement brought about by electric aviation. 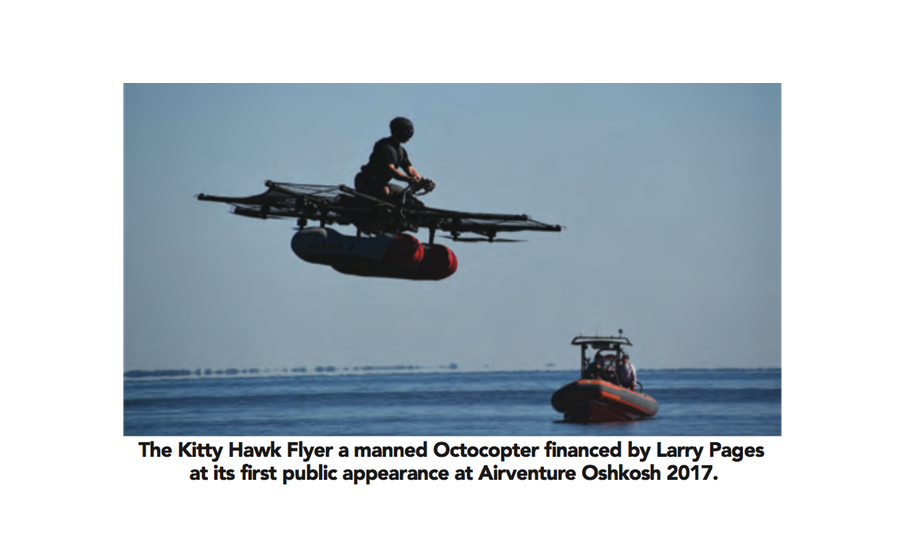 Startups and Sillicon Valley are not the only players in this game. Incumbents are all in. Just look at the member companies of electric population and innovation committee (EPIC) of GAMA. Airbus has set up two separate entities for electric aviation research, in Silicon Valley developing the Vahana eVTOL planned for test flight by the end of the year, and the Urban Air Mobility division at the head office respectively. Airbus has decided to upgrade its F-Fan fixed wing project to E-Fan X, a hybrid/electric regional passenger airplane. Boeing, jointly with Jet Blue, invested in Zunum Aero to develop hybrid/electric regional aircraft as well. Bell helicopter and Embraer signed up with Uber to develop eVTOL technologies.

Even more serious is when a national government wants to explore the possibility of using electric aircraft and wants to become a leading country in this field. The Norwegian Government has announced in spring 2017 that the country, which has already achieved the highest density of electric cars per inhabitant in the past 10 years, over a government program is evaluating the possibilities of electrifying the network of state owned airfields around the country. The conditions are ideal. As Norway has money in the budget from the oil, and a production of electric energy from water turbines which exceeds its consumption. It also has a network of airfields from which a lot of commuter flights mostly under 300km distance are operated as part of the state transport plan, because the road network is very loose and ground transport out of the centres slow.

For pilots and especially for new pilots who are just about to begin training, the cheaper, quieter and more environmental and neighbour community friendly electric flight now becomes more practical and closer to reality than ever. Several electric airplanes have obtained certification such as Pipistrel’s Alpha Electro (UL/LSA in Australia) and the Chinese RX1E (LSA). Although the situation of light – electric Aircraft in many countries is still unclear for the Microlight in Europe (demand for weight increase pending) and LSA in US (no electric motors allowed in LSA class), several electric flight training programs have been set up.

The Swiss company AlpinAirPlanes is going to deploy 10 Alpha Electro at 10 trial airfields with flight schools. Each airfield will have a solar power recharging station and the distance between the airfields is selected so that they are within the 1.5 hours of endurance of the aircraft so you always can reach at least one of the other fields. A similar project will start this summer in Fresno county in California (USA) a team around Joseph Oldham. They will purchase four Alpha electro and use it in flight schools from four airfields. It is interesting that both projects are financed by sponsors and state support and in both countries the authorities allowed to fly in this test phase in the flight Training with permit to fly. 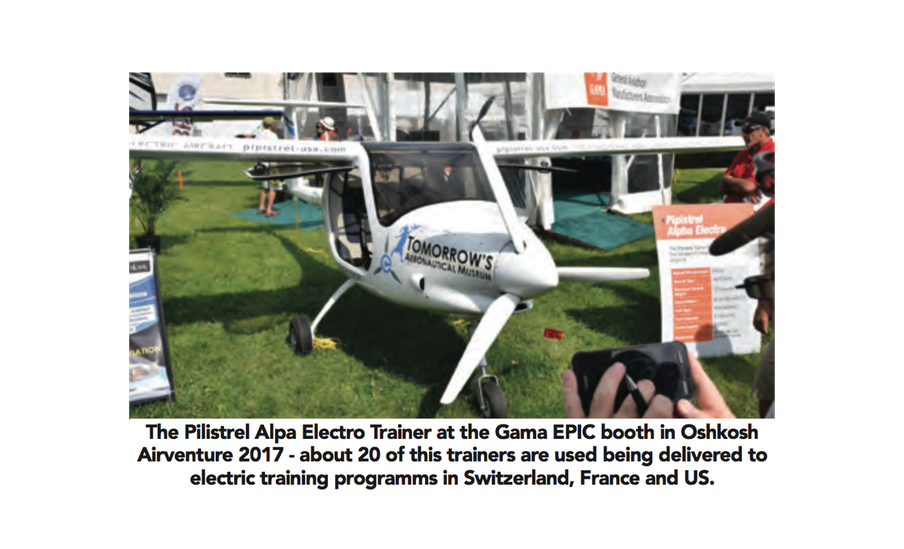 There are two more flight training programs using the Alpha electro. One is organized by SpaceX because according to an old US law all astronauts must have a pilots licence, the private space travel organizer is going to train the future space tourist on the two Alpha Electro which will be delivered in summer 2017. finally the French Aeroclub Federation Française Aeronautique (FFA) announced at the Paris Airshow 2017 that they purchased thee Alpha electro which will fly with first Permit to Fly and then later as CSVLA.

The French authorities will handle the operations and Pipistrel do the certification with EASA. In all cases also the standard Rotax-equipped Alphas will be available to assure that the new pilots also can fly with combustion engine aircraft.

Another example for e-development getting practice news has been the world’s first e-flight-show which accompanied the e-flight-expo at the AERO exhibition.

The diversity and implementation of electric aviation is more than eVTOL and flight training. The Swiss company H55 is now working with the Solar Impulse project co-founder and pilot André Borschberg. They use the Silence Aircraft Twister and jointly with Siemens they developed a single seat aerobatic airplane. At the AERO 2017 another Siss company MSW presented the project Evolaris, an electric aerobatic plane with an empty weight of 500kg and 221Kw electric motor power. Finally at the moment the most impressive e-Plane the Extra 330 LE, another high performance electric aerobatic airplane jointly developed by Extra Aircraft and Siemens, have successfully demonstrated the aerobatic performance as well as the capacity of glider towing and has beaten several world records. At the Paris Airshow the aircraft towed an aerobatic glider to 1000 Meter (with an average climb rate of 9.5 meters per second) then the glider performed aerobatics while the Extra landed and then after the glider landed the Extra, without recharging, took off again and for an impressive aerobatic show with 260Kw on the prop. 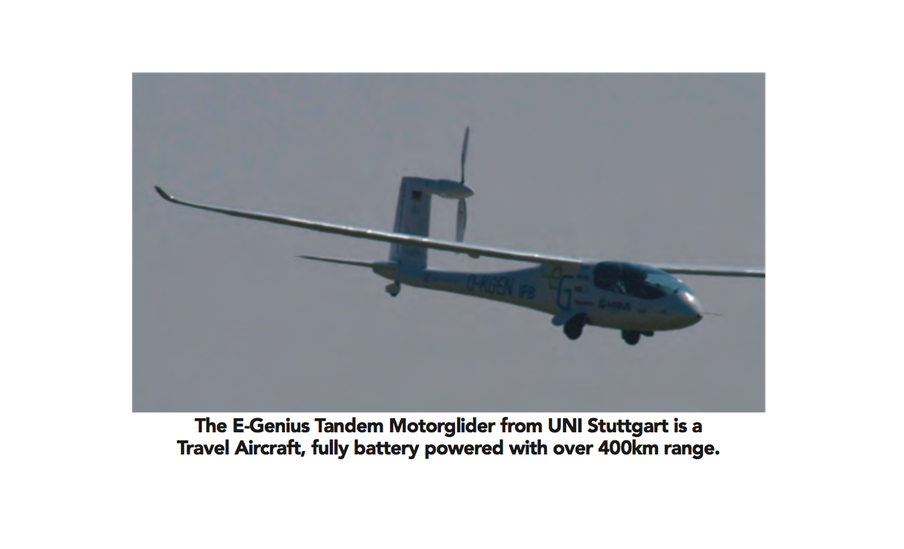 In fact there are so many new electric vertical take-off and landing (eVTOL) designs showing up that the world leading aircraft guide in this Class the world directory of light Aviation (WDLA) has newly added “multirotor” category in the WDLA which came out at the end of July this year (www.Widola.com). There are also more electric aircraft in nearly all categories of the new WDLA. The editors around Willi Tacke and Xin Gou received so much information regarding all kinds of electric aircraft projects almost on a daily basis that they have decided to start a new publication called e-flight-Journal (www. e-flight-Journal.com) to accommodate all the information and to better inform the curious readers of all the exciting and latest development of electric aircraft. The brave new world of electric aviation is forming. Electric aircraft are real and ready for purchase and to fly, at least in ultralight and LSA area. We sincerely hope that you are as excited as we are to read the intriguing new electric aircraft designs and to look forward even just five years from today.