Asia-Pacific Market Outlook: Glass Half Empty or Half Full?

Discover the latest on Asia-Pacific's Business Aviation marketplace. Is the region entirely influenced by China's economy, or are other parts of the region generating optimism for 2020? Asian Sky Group's Jeffrey Lowe shares insights...

Jeffrey Lowe has over 35 years of engineering, marketing and sales experience in commercial and Business...

What is the Business Aviation market like in Asia-Pacific? How has it been impacted by regional and global factors in 2019 - and what are the prospects for aircraft sales in 2020? Asian Sky Group's Jeffrey Lowe shares his perspectives...
China, for many years, has been the engine of growth for the Asia-Pacific business jet fleet, particularly if you consider Greater China. But 2018 was a challenging year for the PRC with, among other things, a trade war with the US kicking off in March/April and overall poor macro-economic results.
Consequently, all of us involved in this Business Aviation trade ended up feeling — as the year went on — that the inflow of business jets into China we’d seen in the past, which we had all come to expect and rely on, had now become an outflow.
Well, the data never lies, and we were all correct. As we suspected, the business jet fleet in Mainland China in 2018 contracted 2%, which — when you think about it — is an astonishing result. Mainland China led all the Asia-Pacific countries in 2017, adding a net 31 aircraft to make it the highest growth in the region (10%). 2018 saw Mainland China lose a net six aircraft – so there was a swing of 37 aircraft (10%) 2017 to 2018.
All I can add at this point is thank goodness for Southeast Asia, which replaced Mainland China as the engine of growth for 2018.

And that leads to a completely different predicament for OEMs. Gulfstream has always been heavily reliant on the Greater China market, so as Greater China goes so does Gulfstream.

Not too surprisingly, therefore, Gulfstream’s net growth for 2018 was just a single aircraft (less than 1%). Bombardier, on the other hand, which has always had a better fleet distribution throughout the Asia-Pacific region, was the big winner, adding a net 19 aircraft (6%) for the best growth of 2018.
What About 2019 so Far?
Worries about the US/China trade dispute persist, with Q2 2019 growth in China subsequently the weakest in 27 years. Exports from China fell in August to their lowest level for 2019 which had a knock-on effect of severely impacting manufacturing in Japan, South Korea and Taiwan.
As they say, when China sneezes, the rest of the Asia-Pacific region catches a cold. And just to pile on the misery, the Yuan has lost over 7% of its value since April. And this all comes when globally the market for business jets has cooled too, particularly in the US.
The business jet market has normalized in the US after a buying spree at Year-End 2018 due to tax savings. In addition, year-on-year US flight operations have increased just 0.3% to date.
There’s even talk of a recession, while inventory levels of pre-owned aircraft are increasing quarter to quarter (+6.8% in Q2). Demand and need are down, while the risk and supply are up.

That’s not a great mix for our industry. Consequently in 2019 so far, we’re seeing fewer transactions. The global market is down 10.7%.

In the Asia-Pacific region specifically, business confidence is down, and pessimism is on the rise (+6-7%) since the beginning of the year. This translates into a higher percentage of sellers and a higher percentage of “I’m not sure” when it comes to purchase intentions.
Consequently, the outflow is higher than the inflow presently but worse than 2018, and the business jet fleet in Asia-Pacific will ultimately shrink in 2019, driven primarily by net deductions to the Mainland China and Hong Kong fleets.
Glass Half Empty or Half Full?
Procurement of new jets may have slowed, but the region is now just experiencing an adjustment – some would say a welcome market correction which reflects the overheated growth of a few years back. The market’s maturing, evolving and adapting which has seen some players fade away, but the key players remain strong.
Moreover, several evolving and innovative business models are popping up. Disruption is also beginning to impact the industry, and technology will play a key role in Asian markets as they mature. So, what we are experiencing now is all healthy, and Asia is entrepreneurial and adaptive by nature, boding well for Business Aviation’s future.
For the latest updates on the China GA market, visit www.asianskymedia.com/chinaga

Jeffrey Lowe has over 35 years of engineering, marketing and sales experience in commercial and Business Aviation. He is managing director for Hong Kong-based Asian Sky Group and Asian Sky Media, the largest Business Aviation consulting group in the Asia-Pacific region. 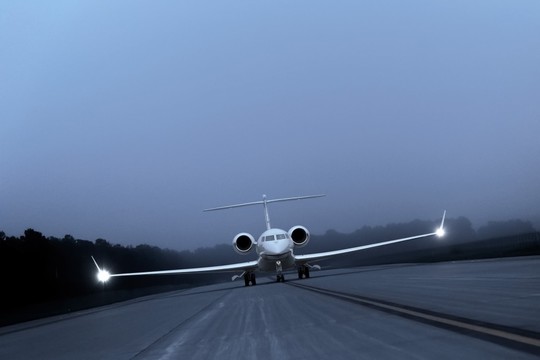 How to Export Jets from China’s Used Market 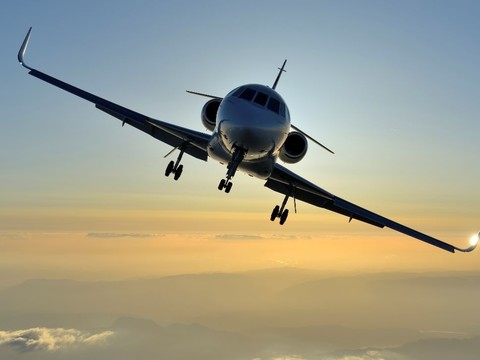 Jeffrey Lowe has over 35 years of engineering, marketing and sales experience in commercial and Business Aviation. He is managing director for Hong Kong-based Asian Sky Group and Asian Sky Media, the largest Business Aviation consulting group in the Asia-Pacific region.