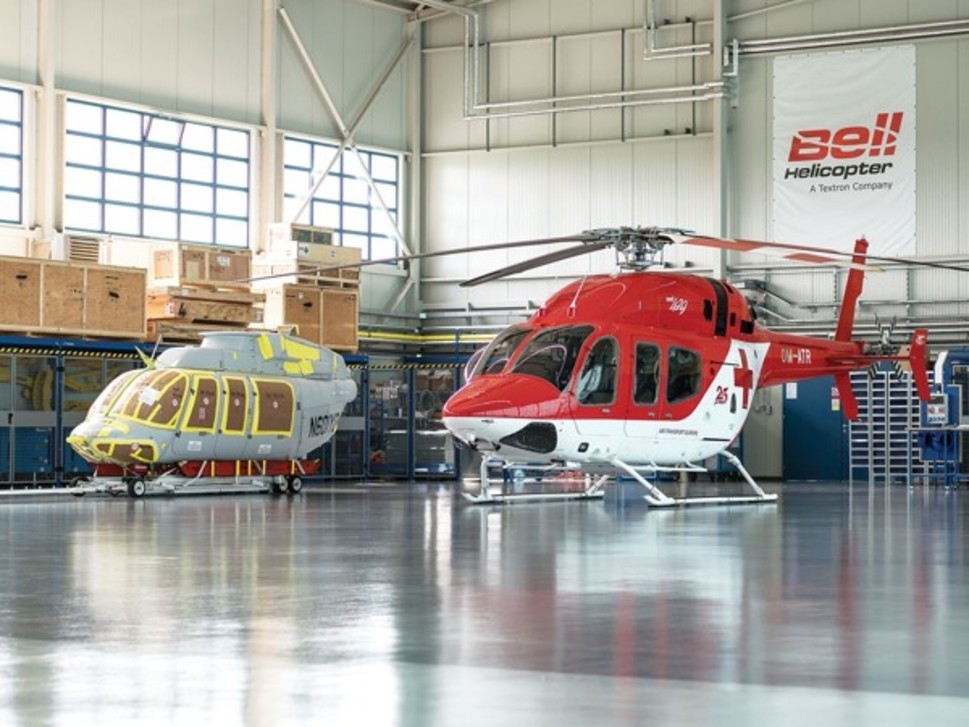 In May 2016, Bell Helicopter, a Textron Inc. company, announced that its Prague location has opened a new paint facility and delivery center – providing full aircraft completion and delivery capabilities to its European customers.

“Bell Helicopter’s continued investment in the region reinforces our commitment to our European customers to provide an in-region facility that offers the industry-leading service and support we are known for worldwide,” said Glenn Isbell, executive vice president, Customer Support and Services for Bell Helicopter. “We are continually assessing our service capabilities to find innovative solutions to best meet our customers’ mission requirements.”

The Bell Helicopter facility in Prague provides full maintenance, repair and overhaul capabilities. It is the company’s official regional customization, delivery and aftermarket service center in Europe – complemented by Bell Helicopter’s extensive support and service network located throughout the region.

“We are excited that we have added full paint and delivery capabilities, with the installation of two brand new paint booths and a new delivery center on-site,” said Joachim Goldenberg, General Manager for Bell Helicopter in Prague. “Our customers demand excellence and we are working hard to exceed their expectations.”

With a unique design concept accounting for minimum space area utilization, the new paint facility is state-of-the-art, including technologies to enable exceptional quality. The size of the new paint booth has been designed to enable paint operations for all Bell Helicopter commercial products ranging from legacy products to those currently in development. And by integrating the latest requirements for safety of operations, ease of maintenance, energy sustainability, environmental and ergonomics – Bell Helicopter has been able to vastly improve the paint process. 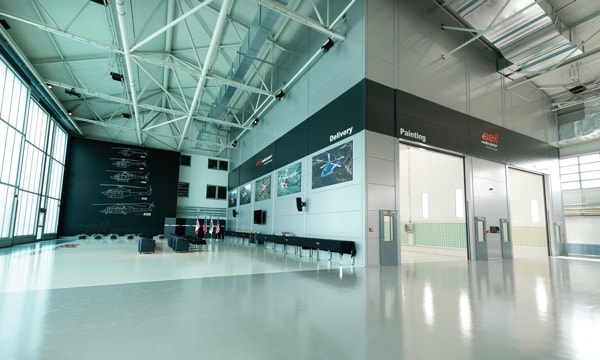 “We are investing to ensure Bell Helicopter can offer the most modern and robust services to meet the long-term needs of our customers,” said Mitch Snyder, president and CEO of Bell Helicopter. “Europe is a key market for us to continue to grow and develop our balanced business.”

For more than 40 years Bell Helicopter has supported its customers in more than 50 countries in Europe, Russia, the Middle East and Africa from its Amsterdam Supply Center.

Bell Helicopter also announced just last year that it will be partnering with its sister company, TRU Simulation, for the first Bell Helicopter regional training center in Valencia, Spain. The facility is anticipated to open in late 2016. “Our growth in the region has been driven by one thing - and that is our European customers,” added Snyder.

Bell Helicopter provides its customers with local support in every corner of the world and has the largest support network in the industry with more than 100 Authorized Customer Service Facilities in 34 countries. Ranked number one in customer support for 22 consecutive years by Professional Pilot magazine, Bell Helicopter is committed to having resources where customers operate to speed up delivery of service and support, and give customers access to service professionals that are easy to reach, know the operating environment and understand their needs.

Today there are over 260 Bell 429s operating across the world in a variety of configurations from corporate commercial transport to parapublic and Helicopter Emergency Medical Services (HEMS), operating in the harshest of environments in the deserts of the Middle East to the coldest regions in Siberia.

The delivery and entry into service of the Swedish National Police’s seven Bell 429 helicopters was a major milestone for Bell Helicopter this year. The fleet comprised of seven Bell 429s, is being used for law enforcement and search and rescue, including mountain rescue, across Sweden.

“This is now the largest Bell 429 fleet in operation in the European Union,” said Jakub Hoda, Bell Helicopter Managing Director for Europe and Russia. “Customers in Europe have shown great interest in the Bell 429 for law enforcement and search and rescue operations. Over a quarter of the Bell 429s in service across Europe today are flying parapublic missions, demonstrating the superior performance of the Bell 429." 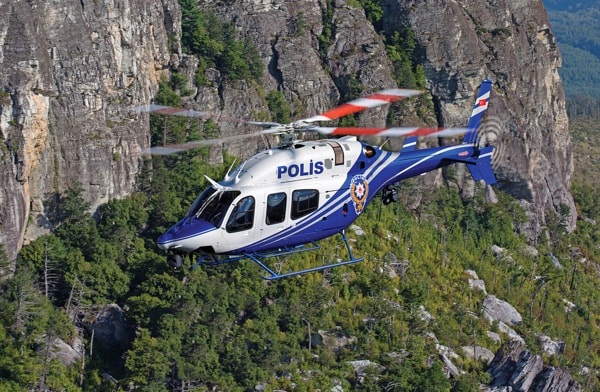 The Bell 429 is also gaining traction operating in HEMS across nearly 30 countries around world. The Bell 429 was designed with the air ambulance market in mind with a deck height that matches litter height and allows one-man litter loading with less lifting. The large cabin allows full body access, optimizing patient care.

“I am proud that the Turkish National Police have achieved such excellence. They are superior aviators, and the Bell 429 is a fantastic helicopter, “said Clay Bridges, Bell Helicopter, Regional Manager, Turkey.

“In operating these 15 Bell 429s while performing such difficult police missions, they have saved lives and helped make Turkey safer in challenging times.” Turkey has been a very successful market with Bell Helicopter garnering over 50% of the total market for the last five years. There are 26 Bell 429s in the country used in parapublic, EMS, and corporate missions in the skies over Turkey every day.

“The aviation department of the Directorate General of Forestry has been truly amazing. Even though the 429 is a superior helicopter, the performance and professionalism of the Forestry pilots and technicians make it easy to achieve results like this,” said Bridges. “We, at Bell Helicopter, are honoured to be able to support the Directorate General of Forestry to preserve the resources of Turkey.”

The state-of-the-art technology in the Bell 429 includes a fully integrated glass cockpit, advanced drive system, best-in-class WAAS/SBAS navigation and IFR capability. The Bell 429 has more cabin space than any other light twin helicopter, with flat flooring and seating for seven passengers and one flight crew. When time is of the essence, the Bell 429’s 60-inch wide side doors and optional rear clam-shell doors provide quick and easy access. 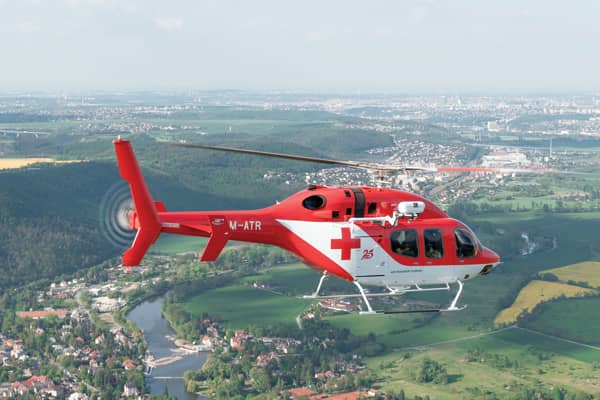