Making a case for the executive helicopter... 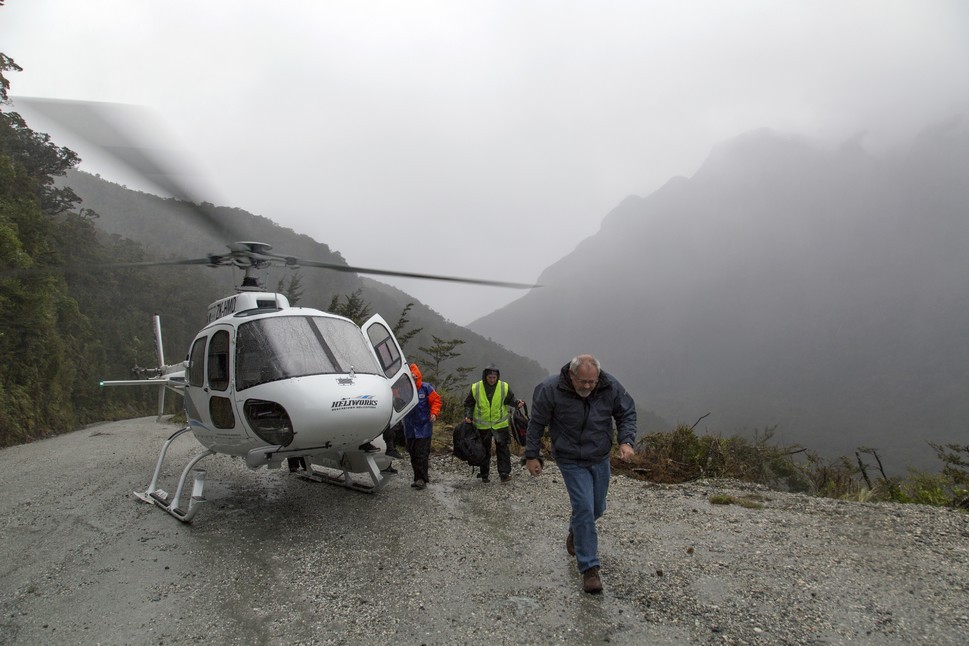 Some operations benefit from vertical-lift technology wrapped around a business cabin, notes Dave Higdon. What are the unique advantages of an executive helicopter?

The helicopter landed at the local airport, its occupants exited, crossed the ramp and boarded a business jet. Far from being dressed for the suit-and-tie world of an executive suite, these passengers wore jeans or khakis, cold-weather clothing and boots common to the ranch culture of the high plains of the Midwest.

Without fanfare they boarded the jet and it left, as the FBO’s ground crew secured the helicopter and tugged it back into a large hangar.

The entire scene highlighted the versatility of the helicopter. Take off from a patch, fly fast, and land almost anywhere. Since its invention in the 1930s, the helicopter has grown the serve a diversity of missions. Versatility remains the common core of a helicopter’s attraction.

Yet there are sufficient differences in base traits between fixed- and rotary-wing aircraft to keep helicopters a relative niche player in the world of Business Aviation operators.

According to a report by Flight Global, the worldwide fleet of helicopters totals fewer than 35,000 with about 60% (24,000) being turbine powered. The largest share of that global fleet – approximately 35% - is based in North America.

While their potential for going to where they're needed – regardless of the presence of an airfield – serves operators well in most missions, it's the rapid shuttling of people between urban offices and remote airports that dominates much of the executive-use helicopter missions. Estimates vary, but fewer than one-third of the turbine helicopter fleet in North America operate as executive transports.

The ‘go-anywhere’ ability pays smaller dividends for many because of the paucity of heliports available to the public.

Similarly, a helicopter’s relatively limited speed and range makes it no threat to fixed-wing aircraft for much business travel.

Speed and range limitations aside, businesses most often embrace the helicopter for their capability to move executives to remote locales without the need for thousands of feet of pavement.

Whether employed as an executive shuttle between urban heliports and Business Aviation airports or as a fast way to a remote construction site, the executive helicopter can deliver most of the trappings of a high-flying executive jet… at least, within those well-recognized differences in capabilities.

Look over the list of heliports in the US and one thing quickly becomes apparent: Medical institutions host most designated heliports in the US. HEMS – Helicopter Emergency Medical Services – began expanding in the US in the 1970s and 1980s, in part because of lessons learned during the US involvement in Vietnam.

Just as traumatic-injury protocols were improved by the methods developed to treat combat casualties, so was medical-emergency transportation changed by the experiences of military pilots flying wounded soldiers during the Korean conflict of the early 1950s and, even more so, by the experiences and lessons of treating the tens of thousands of casualties incurred between the mid-1960s and the end of US involvement in Vietnam in 1975.

Military experiences also enlightened many an American firm to the business potential of the helicopter – with surplus ships coming into the market along with a huge population of militarily-trained helicopter pilots, many eager to continue their flying careers in rotorcraft.

According to information from the Helicopter Association International, the biggest barrier to more expansive use of rotorcraft is the difficulty in establishing heliports where they could be most useful. But heliports are established, nonetheless – most often in places where they're considered the least disruptive.

For those businesses that find value in using helicopters – or adding one or more to their fleets – the decision hangs on mission definition and fulfillment. And that's no different than for fixed-wing aircraft. If helicopters bring to the equation such unique capabilities, they also bring with them narrower performance parameters than what most people think of when you mention “business aircraft”.

First off, it's important to understand what even the best helicopters won't bring to a company: Global reach (at least, not non-stop); or high speed (at least, speeds faster than a Formula One, IndyCar or NASCAR racer can muster); or the full-blown aerial-office-suite experience…

Whether powered by a 100-octane-burning piston powerplant or a Jet A-consuming turboshaft engine – a gas-turbine engine designed to output power through a shaft as opposed to the thrust of a turbojet – helicopters typically fulfill travel needs substantially shorter than those of the average business jet.

The majority of helicopters employed in executive operations offer interiors comparable to a luxury sedan with seating typically for five to seven (a few larger helicopters carry more).

Crew requirements typically are single-pilot, and IFR operations in helicopters are less common than in fixed-wing aircraft.

Helicopters can provide operational flexibilities unavailable to even aircraft with the shortest runway requirements. Where a loaded single-engine propjet may be capable to use a 1,500-foot runway, a piston or turbine helicopter only needs a patch as large as its rotor diameter.

No wonder helicopters are attractive to businesspeople where they can launch and land using a variety of heliports, the smallest outlying airports, or locales with no permanent, designated landing facilities.

Imagine that your company needs a helicopter to round out its travel requirements. What are some of the key factors that go into preparing for that acquisition?

Crew: The note holder and/or insurer may insist on a high-time helicopter pilot – at least initially – and two-crew operations, in the beginning. Single-pilot is the most-common crew solution. Many rated helicopter pilots also fly fixed-wing aircraft.

Finding someone experienced in the helicopter make and model of your choice would be ideal, but it's possible to add a helicopter rating with an existing crew member if your Flight Department can afford the cost and time required.

Costs: Helicopters range in price from under $400,000 (piston) to several million dollars (turbine). The lowest-cost turbine model sells for about $700,000 – a fraction of the cost of the least-expensive propjet single.

However, fuel costs tend to be higher per seat, as will insurance. Maintenance costs usually run higher too. Ultimately the wider picture must be assessed when it comes to cost considerations.

Capabilities: Shorter range than the fixed-wing propjets, but greater utility with greater flexibility and choice in operating locations.

Speaking with helicopter pilots and owners, opinions differ regarding what constitutes the best argument for using a helicopter in Business Aviation operations. But a clear picture of how the different firms take advantage of a helicopter’s capabilities did emerge.

For example, one cattle broker uses his helicopter to conduct on-site, unannounced visits to his feedlots and suppliers; to manage his time so he can appear at far-flung cattle auctions; and, on occasion, to help round up cattle in the spring. “It's a little like what sheepherders do with their dogs,” he illustrates. “And it’s a lot easier on me than doing the same thing on horseback.

“In the helicopter, I can climb to just 250 feet and scout miles of prairie – and then make it home 150 miles away in just under an hour. Driving home would require three hours.”

A regional real-estate broker, meanwhile, uses a company-owned helicopter to hop between meetings in cities 100, 200, sometimes 300 miles away. “The helicopter lets me scout properties, check on developments underway, and meet with clients, other sellers and prospective buyers in one day,” he explained. Before he bought the helicopter, this broker needed two, sometimes three days to cover the same ground.

“When we're working with a prospective buyer of a ranch or large acreage, it helps me show off the property."

“Now we tour it by air first, then land and let the prospects walk the property before showing it again from up there.”

Several other business owners and executives lauded their helicopter for giving them the ability to work later in the office than they could if taking a limo or cab to the airport.

“A trip to the JFK helipad from the west side of Manhattan takes one quarter the time it takes in a cab or by limo,” summarized a former executive who worked near Union Square in west Manhattan. “A short ride - sometimes a walk - to the West 30th Heliport (Air Pegasus), and fly right around the south end of the island to Kennedy. It doesn't get easier than that,” he concluded.