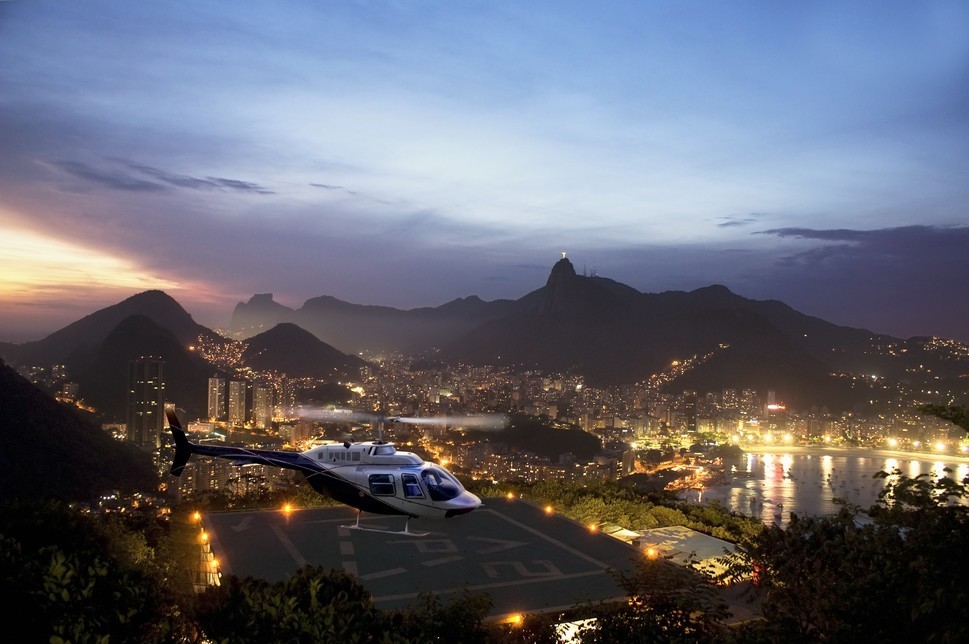 Although both seem to defy gravity, rotary-wing and fixed-wing aircraft are completely different – as is insuring them, notes Stuart Hope...

In January 2016, a tour helicopter in Hawaii carrying six passengers experienced an engine failure near Kauai’s north shore, forcing the pilot to make an emergency landing on the beach. The helicopter sustained substantial damage to the airframe and tail boom, and four passengers were seriously injured.

While appearing to be a routine accident covered by insurance, this incident illustrates the difficulties that helicopter operations present for the aviation insurance underwriter when compared with their fixed-wing cousins. A rather straight-forward powerplant problem resulted in an off-field landing with significant repair and medical bills.

Oh how helicopters differ… let me count the ways!

Helicopters are among the most epic flying machines ever created. Their versatility is simply unmatched. They can take-off and land from airports, rooftops, yachts, oil rigs, backyards, riverbeds, or basically anywhere there is enough room to accommodate the helicopter’s overall footprint - including rotor diameter.

Fixed-wing aircraft take off and climb to cruising altitude, where they remain until it is time to descend and land.

Conversely, helicopters fly low where they are exposed to the perils of hitting trees, powerlines, guide wires, towers, drones and other obstacles. Often the ingress and egress into a particular landing zone is being performed by the pilot for the first time, unlike accessing an airport that has published vertical descent and obstacle clearance information.

From an underwriting perspective, the helicopter is a totally different beast. Because they face unique exposures and because their accident rate per 100,000 flight hours is significantly higher than fixed-wing aircraft, helicopter premiums are 3-4 times more expensive than a similarly valued fixed-wing aircraft.

Deductibles are also much higher—typically 10% of the insured value of the aircraft but negotiable (up or down) depending on the use, pilots, home base, etc.

Furthermore, it is difficult to screen for the best rotary-wing pilots. A 20,000 hour fixed-wing airline captain seeking helicopter endorsement would be considered a 0-hour student pilot for helicopter transition training; little credit would be given for the applicant’s fixed-wing experience.

Judgment is paramount for any pilot operating helicopters, yet the only way an underwriter discovers if a pilot has good judgment or not is after a loss.

Thus specific rotary-wing training is crucial. For example, if the aircraft is used for external load/slung cargo operations, there are additional training facilities that specialize in preparing helicopter pilots for those specific operations.

Many helicopters carry special equipment that needs to be considered when determining premium costs. A Wescam image-stabilized camera with track beam technology can add six to seven figures in insured exposure, for example. Some of these units can be moved from one helicopter to another.

If the helicopter is operated over water, the value of floats (if installed) must be considered in the insurance evaluation. There are rotary-wing operators that use multiple in-line saws arranged vertically to cut powerline right-of-ways. These highly specialized saws and their supporting apparatus are very expensive to replace.

Where helicopters are operated plays a tremendous role in determining premiums. If they will be flown over water, what distances are involved—to oil rigs far at sea or just over small bodies of water? Will they be operated to the local country club to pick up the owner’s daughter and new husband after their wedding?

If the occasion is ad hoc, who will provide crowd control, secure the landing zone, evaluate potential obstructions such as powerlines, etc. If roof-top landing pads will be used, is the helipad FAA approved? If the helicopter is operating at racetracks or other sporting events, proximity to crowds or people is a huge exposure and must be addressed.

Many injuries are caused because persons external to the helicopter misjudge the height or length of a revolving rotor blades (particularly if the helicopter is on a sloped surface). Many victims fail to account for the tail rotor.

Rotary-wing aircraft are much most complex with far more moving parts than the typical business jet.

An engine or part failure in a helicopter will likely necessitate an immediately autorotation if the vehicle has a single powerplant or a diversionary landing if a twin is involved. Once an emergency starts in a helicopter, it usually develops very quickly with limited time for the pilot to react.

Helicopters can be, and are operated safely and efficiently, but their operating regime presents a much larger exposure for insurance underwriters—a fact that is reflected in much higher premiums and deductibles.